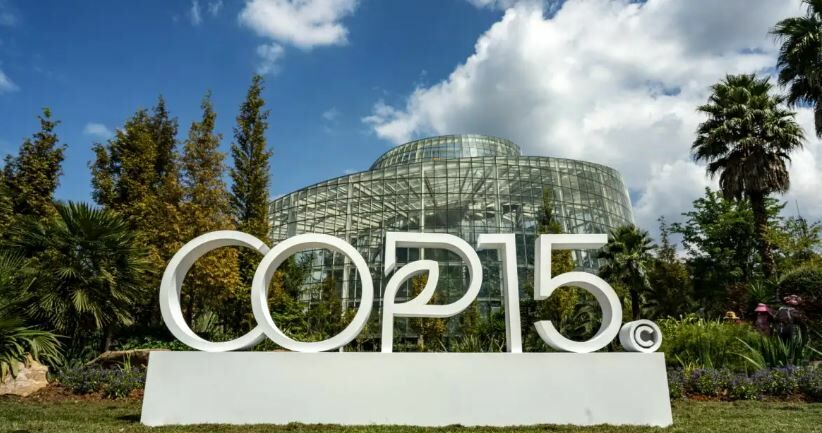 The world population of mammals, fish, birds, reptiles and amphibians has decreased by no less than 68% since 1970 and there has also been an extraordinary increase in the extinction of various species.

The effect of mitigating biodiversity loss is not negligible. Biodiversity is understood as the totality of life forms that intervene in the development of an ecosystem, between which a balance is created and that promotes the existence of life. Biodiversity contributes to the creation of natural resources that allow survival: food, clean water, medicinal substances and shelter. In addition to meeting basic human needs, protecting and restoring ecosystems can make a significant contribution to meeting the United Nations’ Sustainable Development Goals (SDGs). And, as in the case of climate change, which has already captured the world’s attention, investors and society in general can benefit from solutions that seek to protect biodiversity.

Can we give the figures?

The importance of biodiversity is easy to understand, but not so easy to measure. Some have tried it and their findings are surprising to say the least. The World Economic Forum and Swiss Re estimate that the value of biodiversity is more than US$40 trillion, which is almost twice the US GDP and more than half of the world GDP. If this calculation is anywhere true, it is clear that harming our natural capital defies all logic and is very costly in the long run. Along the same lines, Dasgupta’s study points to the hidden costs represented by the liquidation of natural capital assets as a barrier to long-term value creation.

From bees to mangroves: Biodiversity as an enabler of development

According to recent studies, reducing biodiversity loss acts as a powerful amplifier across all the mandates of the UN SDG agenda, adding to both the gained and the lost. In contrast, the current degradation of biodiversity and ecosystems is slowing progress towards achieving 80% of the SDGs related to water, soil, marine life, health and poverty.

For example, bees are considered an essential part of the food system, as 35% of world food production depends on the natural pollination process. The world’s annual plant production, estimated at between US$235 billion and US$577 billion, is at risk as a result of the loss of pollinators. Its importance in achieving SDG 2 (Zero Hunger) is more than obvious, and it is so important that a significant decrease in its numbers would endanger the very existence of the human species. Similarly, the health and quality of soil is essential for the fertility and productivity of cultivated areas. And yet, land degradation has already reduced the productivity of 23% of the world’s land area.

On their part, mangroves are an important resource for their ability to capture and store carbon dioxide (thus contributing to SDG 13, climate action), stabilize beaches, and act as protection against tsunamis and coast erosion. Are natural prevention agents. Something similar happens with coral reefs as well. An increase in the loss of coastal habitats and natural protection increases the risk of flood and storm damage, affecting the lives and material goods of a population of 100 to 300 million people living in coastal areas. With a high risk of flooding And, therefore, conservation of mangroves is an obvious solution.

Some coastal populations depend on fishing and tourism for survival, and according to SDG 1 (not poverty), health and abundance of marine resources are essential to avoid poverty. For rural populations in emerging markets, it is also a gender issue, as it is mainly women who depend on biodiversity resources for their income (men often do other work), the achievement of SDG 5 (gender equality) is an important factor for It is important to underline that the United Nations explicitly establishes the conservation and sustainable use of our oceans, rivers and seas and the protection, restoration and enhancement of our forests as independent objectives worthy of special mention: SDG 14 (Water life below) and 15 (life of terrestrial ecosystems), respectively.

It is said that biodiversity could be the “new climate”. This is because many of the SDGs cannot be achieved without the conservation or restoration of biodiversity, including the climate goals, which have already managed to capture the world’s attention. Therefore, immediate action in favor of the natural ecosystem is necessary and the government should adopt incentives to reward the act of conservation and protection and punish the offenders. Political attention can prompt companies to change their strategies and boost EPS growth for companies that excel in this sector. We’ve seen this before: with incentives for the use of clean energy, for example, and how it has fostered a change in attitudes among investors. If history is true to repeating itself, biodiversity-focused solutions may be where your money goes from a long-term perspective. By investing in companies that focus their efforts on solving problems and working toward significant improvements, reusing, recycling and doing good waste and end-of-life management of their products, investors can contribute to biodiversity. Can minimize losses while they can benefit from long-term growth opportunities and strong financial returns.

In December 2022, the 15th meeting of COP 15 will be held in Canada and China under the Convention on Biological Diversity (CBD). The draft Post-2020 Framework for Global Biodiversity includes 21 actionable targets for 2030, including the following:

As investors, we would like to see some progress in measuring and monitoring the biodiversity footprint of countries, companies, and therefore money and other financial products. The mean species abundance (MSA) indicator will probably be equated to greenhouse gas (GHG) emissions for biodiversity footprint measurement. However, it is difficult to find MSA data at the corporate level and assign responsibilities and attributes to specific functions and human actors. There are a number of initiatives that try to establish methodological benchmarks and ultimately produce recommendations. Resolving differences can be a really difficult task. It would be useful to get more guidance and harmonization tools from COP15.

On the other hand, we see that the attention of governments is currently focused on serious geopolitical problems, energy risks, economic problems of the population, food crisis and other important issues. In some cases, these circumstances have put the brakes on policies to promote organic agriculture (for example, the EU 2030 “farm to fork” strategy announced in May 2020). We certainly believe that tackling the food security crisis is a priority and an urgency, but we hope that politicians will also recognize the role of nature-centred solutions and the importance of environmental planning, smart farming, organic fertilizers, plant-based diets . generation biofuels, waste management and circular economy.