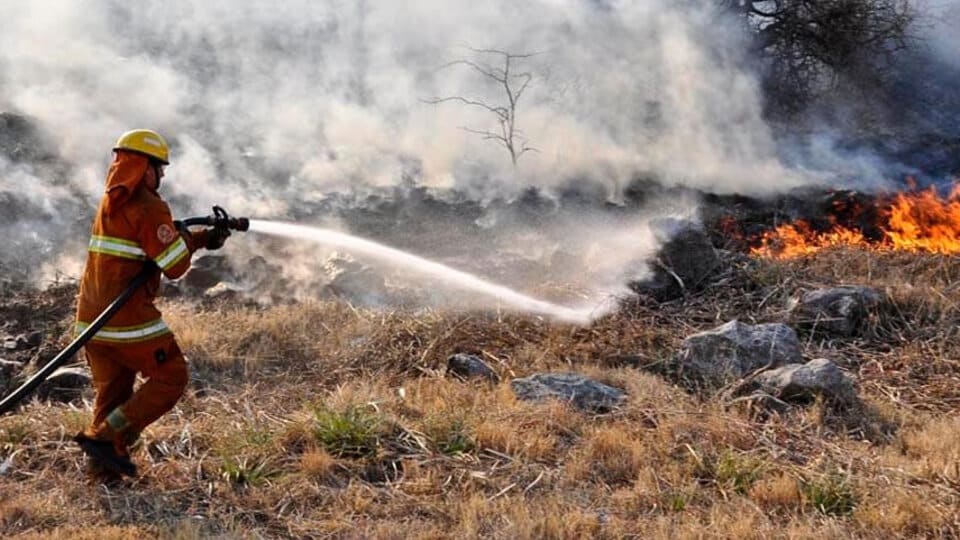 Sources of wildfires were detected this Tuesday in the provinces of Corrientes, Entre Ríos, San Luis and Chubut, in addition to the fires found on Monday in some cities of La Pampa and Salta, which have already been extinguished. The Ministry of Environment dispatched aerial resources and made personnel available to fight the fire.

Entre Ríos was the most affected, with two outbreaks in the departments of Gualeguachu (Estancia Elias) and Federación (La Florida), as reported by the National Fire Management Service (SNMF) under the Ministry of Environment and Sustainable Development in its daily report. It was a province. while the fire was raging in the town of Cazadores Correntinos in the Littoral region.

Other cities with “active” outbreaks are Dupuy in San Luis and Bahía Rosales in Futalefu and Chubut in the Los Alores National Park area. The SNMF report indicated that the fire in the departments of Ledesma-Jujuy- and General Alvear-Corrientes- was “under control”, which “is believed to have no possibility of re-increasing.”

Similarly, fires remain “controlled” in the cities of Mercedes-Corrientes-, Tolhuín-Tierra del Fuego-, Avellaneda-Río Negro- and Saavedra and Pigu in Buenos Aires province. “The fire in these areas maintains its activity, but due to the work to be done, the advance was stopped,” the SNMPF explained.

The report revealed that four outbreaks had been “extinguished” in Corrientes (the cities of Ituzingo, Concepcion, San Martín and Alvear); three outbreaks in Jujuy (Palapala, Santa Barbara and San Pedro); two in Salta (Oran and General José de San Martín) and one in La Pampa (Utracán). In Tierra del Fuego, two helicopters with buckets belonging to the SNMF and two fire-hydrant aircraft provided by the provincial government operate. and 55 combatants from the South National Brigade, the National Park Administration and the Rio Negro Provincial Service, and technical and logistical support personnel. The report added that two hydrant aircraft and a helicopter with a bucket belonging to the SNMF are operating in Chubut. The rest of the provinces did not request intervention from the ministry.