Coso: The male contraceptive in which you have to submerge your testicles in hot water. This is an unconventional contraceptive method, but simple and efficient: his name is koso and you have to work for it Put your testicles in warm water. Yes, as you read. And no, it’s not a joke.

Coso is the creation of the industrial designer Rebecca Weiss, with a Master’s degree from the Technical University of Munich, Germany. Contains The use of ultrasound waves to temporarily stop sperm regeneration.

A reversible contraceptive solution that cures within minutes, But whose duration is maximum 6 months. Without pain, without major hassle and without risk.

This Is How Koso Was Made, the Testicle Bath That Acts as a Contraceptive Method

The genesis of Coso lies in Weiss’s inability to continue taking the contraceptive pill due to cervical cancer treatment. She and her partner looked for other methods, discovering that there was no other way for a man to do it except condoms or a vasectomy.

When Weiss was studying for her master’s in industrial design in Munich, she read about ultrasound contraception, Used in animals, but not tested in humans. 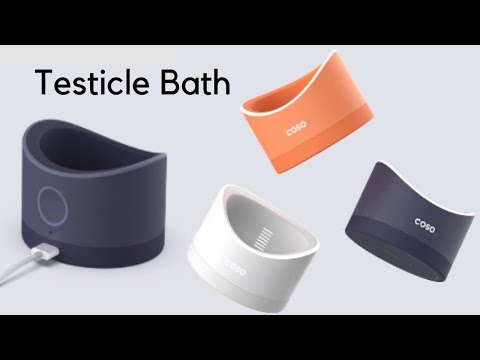 So he made this device that’s used for hot testicle baths, receiving waves that will affect sperm regeneration, making pregnancy impossible.

“The problem is not unique to me personally,” Weiss is quoted by the portal sea. “It affects many other people as well. It is also evident in There is growing public discussion today about the lack of contraceptive options”.

Here are the steps to use the device made by Rebecca Weiss:

Is Koso already for sale?

There are several things to note about the Weiss birth control method, the most important of which is There is no working prototype yet to prove its feasibility.

“Launching Coso as a contraceptive requires financial support for clinical trials,” says Weiss. This requires contacts in research or industrial partners. Without valid data, the project cannot be executed”.

Which is to say that for now it is just an outline of an idea.

However, Weiss is confident of prompt support. “It is a user-centred solution to make a difference in the current contraceptive situation. Coso has the potential to provide socially relevant added value.”