Country Alliance: what to do? 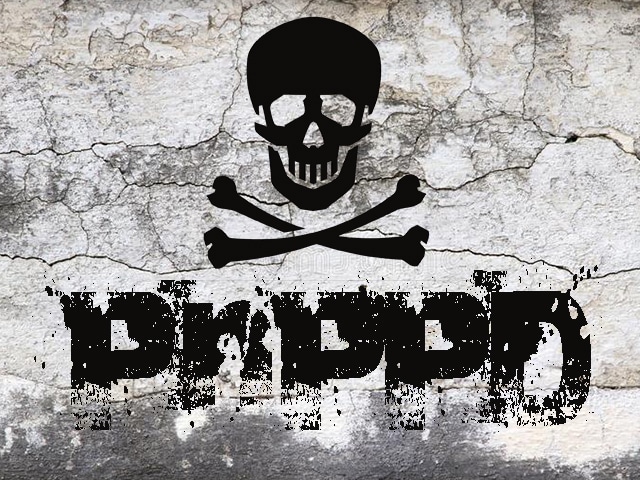 The defeat of the New Progressive Party and the Popular Democratic Party, although different, can only be understood as the final stage in a long process of weakening and decay. It is closely related to the crises caused by the policies adopted by both sides in the last thirty years. Furthermore, the PNP and PPD have privileged the great interests and their own partisan interests with a clear disregard for the welfare of the great majority. In the face of this debacle, inertia of progressive sectors would be a big mistake. In the face of this defeat, we should be able to propose a viable programmatic alternative to bipartisanship and its policies.

The crisis we are facing began in 2006, when the ten-year period enacted by the US Congress to eliminate Section 936 and its tax breaks expired. The initiative – promoted by former governor Carlos Romero Barcelo as he lost the election to Rafael Hernández Colón – relied on investment and lobbying efforts from the PNP government. They were convinced that eliminating that exemption would give a tough fight to the Commonwealth and the Popular Democratic Party, and that they would eventually achieve statehood for Puerto Rico.

Tax exemptions were never able to guarantee employment or substantial growth. But Congress ended that mechanism — however inadequate and inadequate — without taking steps to reduce its impact. Throughout this period, the PPD and PNP governments missed the opportunity to offer these resources to encourage productive activity.

As a result, in this Section 936 gap period, manufacturing lost more than half of its jobs, and Puerto Rico’s economy collapsed from 2006. Sixteen years have passed since the crisis began, but it is still persisting, demonstrating its structural nature, though recently offset by an increase in collections resulting from transfer of recovery funds during FY2022. This reform does not respond to structural changes or growth of productive activities. As anticipated by the Planning Board, this will not be sustained. Instead, the economy will continue to shrink and eventually return to stagnation.

Puerto Rico will not be immune to the recession that is continuing globally. For this reason, the weakening of the PNP and the disintegration of the PPD cannot be separated from the crisis caused by the policies of the neoliberal program that both share.

As Puerto Rico’s economy collapsed, the governments of the PNP and PPD did not reconsider their policies or their priorities. Instead of doing so, he chose to put the country in massive debt. At the same time, administrations of both parties have deliberately allowed infrastructure – including the electricity grid – to deteriorate, seeking to build support for its privatization.

This situation led the government to admit in June 2015 that its loans were not sustainable and could not be serviced. Both parties supported the PROMESA law approved by Congress, which created the Fiscal Control Board and gave it broad authority over Puerto Rico’s public finances. The board promoted budget cuts and more austerity policies that exacerbated poverty, deepening the crisis and perpetuating the economic depression. The cuts come after other austerity measures, such as a new consumption tax, mass layoffs in government, attacks on labor rights in the public and private sectors, and a gradual reduction in public employment (90,000 jobs lost since 2006). Furthermore, both sides have promoted measures whose environmental impact remains devastating.

The PNP’s weakness confirms that it is headed in the same direction: Fortuno won the 2008 election by 125,000 votes, defeating Acevedo Villa with the help of the federal prosecutor’s office. But already in 2012 he lost by getting 884,775 votes. That is, PNP suffered a loss of 141 thousand votes. This data is very revealing, as it was more than twenty years since the PNP received less than 900,000 votes.

The current reorientation of electoral politics began to take shape in 2008 with the introduction of the Puerto Rican Party for Puerto Rico (PPR). In 2012, six parties contested the election: in addition to the traditional bipartisanship, the Puerto Rican Independence Party and the PPR, the Working People’s Party (PPT) and the Sovereignty Union Movement (MUS) participated for the first time. However, political discontent, in its electoral expression, remained marginalised, while absenteeism was on the rise.

In the 2016 elections there were two emerging figures – with similar programs and a speech whose criticism was limited to government inefficiency and corruption – that caused a great media and electoral uproar: Alexandra Lugaro and Manuel Sidre. Together they received 266,000 votes, equivalent to approximately 17% of the total vote. If we add to this some of the PIP and PPT votes, we see that about 20% of those who attended voted outside of bipartisanship in the gubernatorial candidacy, a position of greater importance from the point of view of the colonial government.

Ricardo Rosselló won the 2016 elections with just under 42% of the total votes, the same number of votes as the loser in most open elections. The new blow to traditional bipartisanship then gave rise to a new electoral reality: a plurality of parties and independent candidates.

The 2020 election result confirms the new reality represented by a plurality of parties. It also reiterates the undeniable fact that traditional bipartisanship is bankrupt. Pedro Pierluisi won the 2020 election with just 33.24% of the vote. The PPD, for its part, received 31.75% of the vote and a majority in the House of Representatives, and although it obtained a majority of seats in the Senate, they are not enough to approve the measures without the support of other parties. Pierluisi’s administration followed a slavish course of adopting the austerity policies promoted by the Fiscal Control Board as its own. For their part, the candidacy of Victoria Ciudadana for governor and PIP with clearly neoliberal programs received around 28% of the vote.

For socialist organizations, electoral participation is a strategic question that must be based on a solid analysis of the specific situation. When reality changes – as happened in Puerto Rico – we must analyze it and, if necessary, change strategy.

There is a wide variety of possible electoral tactics. In some cases, circumstances dictate an electoral boycott or withdrawal. In some cases it may be necessary to launch one’s own candidacy to give greater visibility to the socialist program – something that has not been possible for the socialist movement in Puerto Rico in this century. Democracia Socialista decided to participate in the creation of Victoria Ciudadana for the 2020 elections as a result of their analysis. The situation keeps changing favorably, from our point of view.

The position for the 2024 election cycle requires – despite irreconcilable differences between organizations and individuals on some issues – to foster a united front based on a political calculus that prioritizes the need to defeat a common enemy – traditional bipartisanship is – and is promoting – a minimal anti-neoliberal program that takes advantage of the debacle of traditional bipartisanship, prevents new reactionary forces from advancing and allows us to be on the offensive.

A well-defined electoral strategy must also consider the political correlation of forces, especially within progressive regions. At this juncture, which combines the crisis of the colonial project in its neoliberal phase with the debacle of the PPD and the PNP, socialist organizations and the Left in general should support a united electoral front that seeks to unite progressive political forces under one umbrella. be able to Program that incorporates transition demands that allow us to contribute to the growth and radicalization of our struggles.

The current circumstances are extraordinary and for the first time in our recent history there is a possibility of defeating this dangerous duo consisting of PNP and PPD. However, the possibility of regrouping reactionary forces and the far right should not be underestimated, the most extreme manifestation of which is the Proyecto Dignidad (PD) party. We have already seen that he leads the anti-rightist coalition which he integrates with the leadership of PPD and PNP in the legislature.

Progressive sectors must continue to join forces to resist the sector’s onslaught against democratic rights and fundamental freedoms, in order to win over to the side of the larger majority. For this reason, the synergy between the Citizens Victory Movement and the Puerto Rican Independence Party is very encouraging. Similarly, we note with optimism that the conversation about the need and possibility of an electoral alliance in 2024 has generated in various social sectors with which bilateral meetings have been held. Above all, in the organizations of the movement worker.

Despite the prohibition of alliances in the electoral system in 2011 and although judicial challenges to this violation of our democratic rights do not prevail, progressive regions of the country have shown that they have the will and experience to defy unjust laws and prevail . Constituency should not be an exception,

Conditions exist so that a united electoral front can be established on the basis of a minimum program to defeat traditional bipartisanship, which should include decolonization and democratization of the electoral process and public administration. The detachment shown by the leadership of these efforts so far has been an important part. For this reason, a coalition of this nature would have the potential to bring together a whole range of communities and figures under a single program capable of generating the support needed to defeat the PNP and PPD and promote necessary changes in the country. Is. A program that should include demands and proposals from different sectors that are protagonists of the struggle processes that resist the neoliberal onslaught. Processes in which many people who promote talks about alliances and who are interested in extending their struggles to the electoral arena, ultimately actively participate in promoting their demands and proposals to the government. A project that puts the interests of the vast majority first.

The loss of prestige and suffering of the PNP and PPD is a direct result of the policies they promote. It is also confirmed that neoliberalism leads directly to misgovernance: both intentionally and as an inevitable consequence of its policies. It has been the real coalition that has brought the country to the critical position in which it finds itself and which has been rightly called a vicious coalition by Victoria Ciudadana’s spokespeople. This is in sharp contrast to the vicious coalition we are discussing today – with enthusiasm and optimism – about the possibility of building a coalition good enough to win: the One Country coalition.