Country | Rugby: the game that destroyed 11 criminal gangs in Venezuela 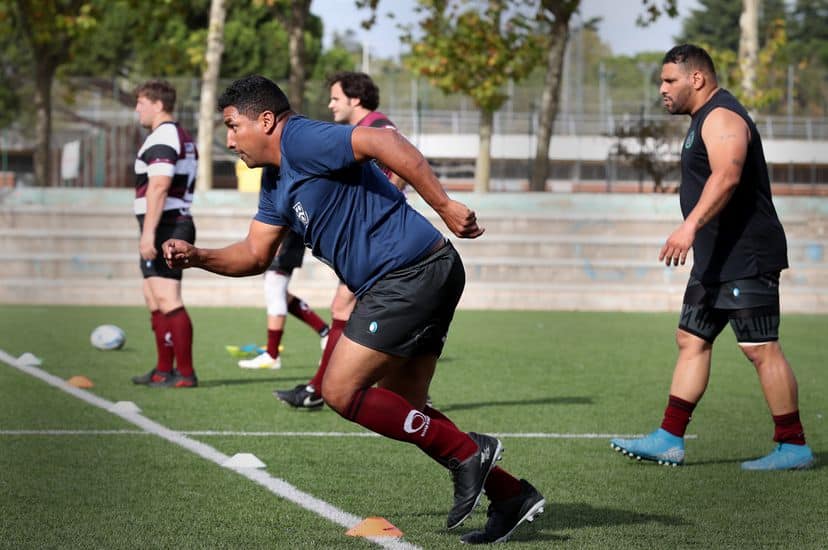 Boys prepare, stretch and warm up before a game. Some put bandages on their shoulders, others on their knees, and some put on mouth guards. On this October afternoon, the auditorium of the University City of Madrid is the setting where two rugby teams and three social projects come together through a friendly match. It aims to exchange knowledge and experiences on the impact of sport as a tool for social integration, meeting and violence prevention. “We play to change lives,” says Jose Arrieta, one of the founders of the Alcatraz Project. El Gordo, as he is called in the games, talks about more than 200 young members of criminal gangs in the municipality of Ravenga in Venezuela, who managed to change their lives through the game.

Although Arrieta is the first line of the Venezuelan club Alcatraz Rugby Club, on this day he will defend the black and white striped shirt of the invited team, Orquides Negras, which brings together former players of the Venezuelan rugby team and those affected by the crisis in their In the country, he has decided to emigrate to Europe. While preparing, Arrieta revisited the origins of the Alcatraz project in 2003, when a group of young people he himself led were captured by police after robbing the Santa Teresa Hacienda—a rum producer—in Ravenga. . “We had two options: go to jail or do community work. We chose the second. They trained me to work, but above all I learned to play rugby and I went from a negative leader to a good leader”, he recalls.

The arena is where Arrieta’s gang and ten other criminal gangs found a place to meet, stop becoming enemies, and live as a team. What started with two rival gangs has managed to spread until it ends in 2021, the last one in the city: Number 11. “We all fought for our leadership, but rugby helped us break those circles of revenge,” Arrieta says. For this reason, the initiative intervenes in all members of each group, so that, through unpaid community work, they can restore the social damage caused in their neighborhood. There is a three-month separation in which each youth receives psychological support, values ​​and training in rugby and preparation to enter the labor force. This is called restorative justice.

Now, Ravenga stands out from the rest of the country’s cities in that baseball is the dominant sport, but also by its low murder rate and presence of criminal gangs. Only during 2003, when the project was born, according to the World Health Organization and the Inter-American Court of Human Rights, Venezuela was positioned as one of the countries with high levels of violence, three times the world rate. was excessive. ,

In the same part of the field, Luis Daniel López, captain of the Alcatraz Rugby Club, plays. His eyes are wide open, he analyzes the other team’s strategy, but he doesn’t compete with them. “Even if we don’t score a try (that’s how points are scored in rugby) we’ve already won because we’ve put those young people’s lives on the right track,” he says.

This change not only managed to break up gangs without a single shot, but it spread to the community. Four years after the rugby team was formed, the Santa Teresa Foundation, which leads the project, decided to extend it to children with a clear idea: to prevent school dropouts and the appearance of new delinquent groups. For. Thus, in nearly a decade and a half of work, 2,000 children from the most remote communities have been linked to the sport. “We encourage them to continue with their studies. If they go to school in the morning, we play rugby in the afternoon”, said the captain of the Alcatraz Rugby Club. And he adds: “Before they saw the young men with guns, and they wanted to hang out with them; Now they see us with balls and want to play rugby.”