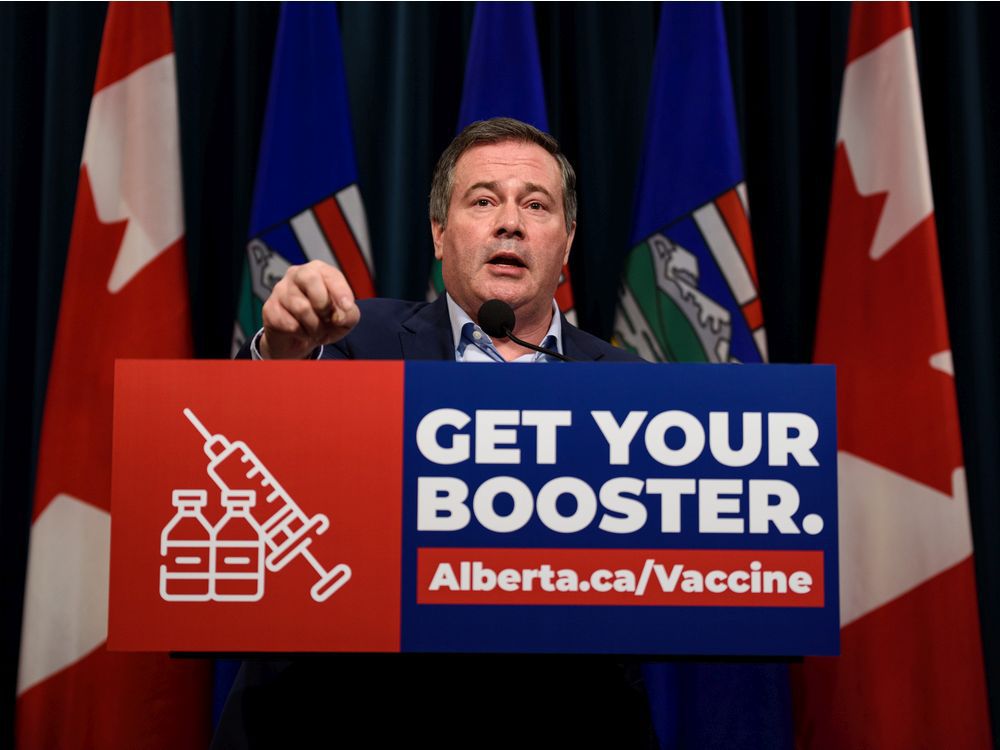 As Alberta grapples with an unprecedented number of active COVID-19 cases, some schools may have to wait longer for government-supplied rapid tests.

Addressing the media on Thursday, Alberta Premier Jason Kenney said the province currently has 62,733 cases of COVID-19, largely driven by the Omicron version of the virus that causes the disease.

“This is the highest number of active cases we’ve identified in Alberta at any time during (the pandemic),” Kenney said, noting that the figure represents only a fraction of the actual number of active cases. “That’s because Omron’s rapid and continued growth has pushed our testing demand beyond capacity here and in most countries and locations around the world.”

However, Kenney said, there is no fixed delivery date for Ottawa’s 16.25 million rapid test scheduled for Alberta in January, which could affect the province’s own commitment to individual learning schools this week.

“Schools have now received about 58 percent of their initial supply of tests,” Kenny said. “As soon as we receive additional tests, we will allocate, repack and distribute the remaining 42 percent.”

Kenney said the province has purchased 3.7 million rapid tests for January, in addition to the 10 million purchased last month, and has received two million so far, half of which were delivered on Wednesday night.

Meanwhile, he said, about 10 million medical grade masks for adult and pediatric use in schools are due this week.

On Thursday, Alberta identified 6,010 new cases of COVID-19 after completing 14,350 tests, putting the provinces’ positivity rate at around 41 percent.

The province reported 786 people hospitalized with the disease – 38 more than the day before – including 79 in intensive care.

Eight more people have died of COVID-19, raising the provincial death toll to 3,375.

Joining Kenny at the news conference, Alberta’s chief medical officer of health, Dr. Dina Hinshaw said the Alberta Health Service will change outbreak reporting to include only high-risk environments such as hospitals and continuing care facilities as well as living settings, which include shelters and correctional facilities.

Effective Friday, she said, the health authority will report an outbreak of two or more cases in these facilities every Tuesday and Friday. “This approach is in line with other provinces noticing a dramatic increase in cases due to Omicron.”

While some Albertans may feel disoriented and frustrated without the same level of data offered at earlier points in the pandemic, such as widespread PCR testing, Hinshaw said, the rapidly spreading Omicron version has changed the way the province manages the pandemic. forced to change.

“There are so many things that have become our touchstones for navigating uncertain times that helped us feel like we had more control,” Hinshaw said. “It’s hard to lose some of these things in just a few weeks, because this new version requires us to adapt and change quickly.”