An antiviral drug that significantly reduces the risk of hospitalization from COVID-19 is going largely untested in Alberta, even as a sixth wave of virus transmission continues.

Since the end of January, when it first became available, only about 670 prescriptions of Paxlovid have been distributed in Alberta. The province currently has over 16,000 courses of drug treatment in its supply.

Paxlovid is an oral antiviral that was found in clinical trials to reduce the risk of hospitalization or death from the novel coronavirus by approximately 90 percent within five days of the onset of symptoms.

The drug is designed for people who have a high risk of serious consequences. In Alberta, it is available to people with certain underlying health conditions, including immunocompromised people as well as older, unvaccinated individuals.

According to Calgary public health physician Dr. Jia Hu, the low drug intake indicates that more public health communication work is needed to ensure that all Albertans eligible for treatment are made aware of it.

Hu said, “If everyone who was currently eligible for PaxLovid had received PaxLovid, we would have given all our doses.”

“I think we, in Alberta, but also in the rest of the country, don’t know enough that this thing is out there, it works very well, and you can really get it. “

In Alberta, Paxlovid prescriptions require a positive PCR test for COVID-19. While access has been limited to tests that are eligible for PaxLovid, those also eligible for testing can be booked through Alberta Health Services within 24 hours.

Eligible people can call a dedicated Alberta Health Link line to connect with a physician who can write a prescription if deemed appropriate.

The province last week expanded eligibility criteria for Paxlovid, now allowing all First Nations, Métis and Inuit people 45 and older to receive less than two doses of the vaccine and those living in continuing care settings to access treatment. Everyone is allowed.

Speaking at Wednesday’s news conference, Chief Medical Officer of Health Dr. Dina Hinshaw said antivirals such as Paxlovid may reduce the risk of COVID-19 disease, but should not be relied upon as a substitute for vaccination.

Hinshaw said a second outpatient treatment for COVID-19 patients, the IV infusion therapy sotrovimab, is no longer being administered in Alberta. She said this is because there are concerns that it is not effective against Omicron’s ba.2 subvariant, which is currently dominant in the province.

Hu said the current Paxlovid eligibility is appropriate, as it aligns with the group on which the drug was tested in clinical trials.

“It’s for people who are a little more sick or who haven’t been vaccinated, and it works very well,” he said.

Alberta’s weekly COVID-19 data released on Wednesday showed an increase in virus-related hospitalizations and intensive care unit. The hospital now has 1,053 infected Albertans, of whom 48 are in the ICU, up from 990 and 44 patients, respectively, last week.

Health Minister Jason Kopping said that even with the increase, Alberta is completing “near-normal” surgical volumes and is slowly working through its surgical backlog.

Thirty-seven more Albertans died of COVID-19 last week, an average of 5.3 deaths each day. The death toll from the pandemic in Alberta is 4,141. The test-positivity rate from PCR tests last week stands at 26.4 per cent, which was recorded in the last seven-day period.

Wastewater data, which indicates community virus prevalence, shows an increase in COVID-19 in Calgary and the region over the past week, above virus levels currently seen in any wave other than this winter’s Omicron surge .

Read Also:  BC community on alert due to wet rain, increased flood risk 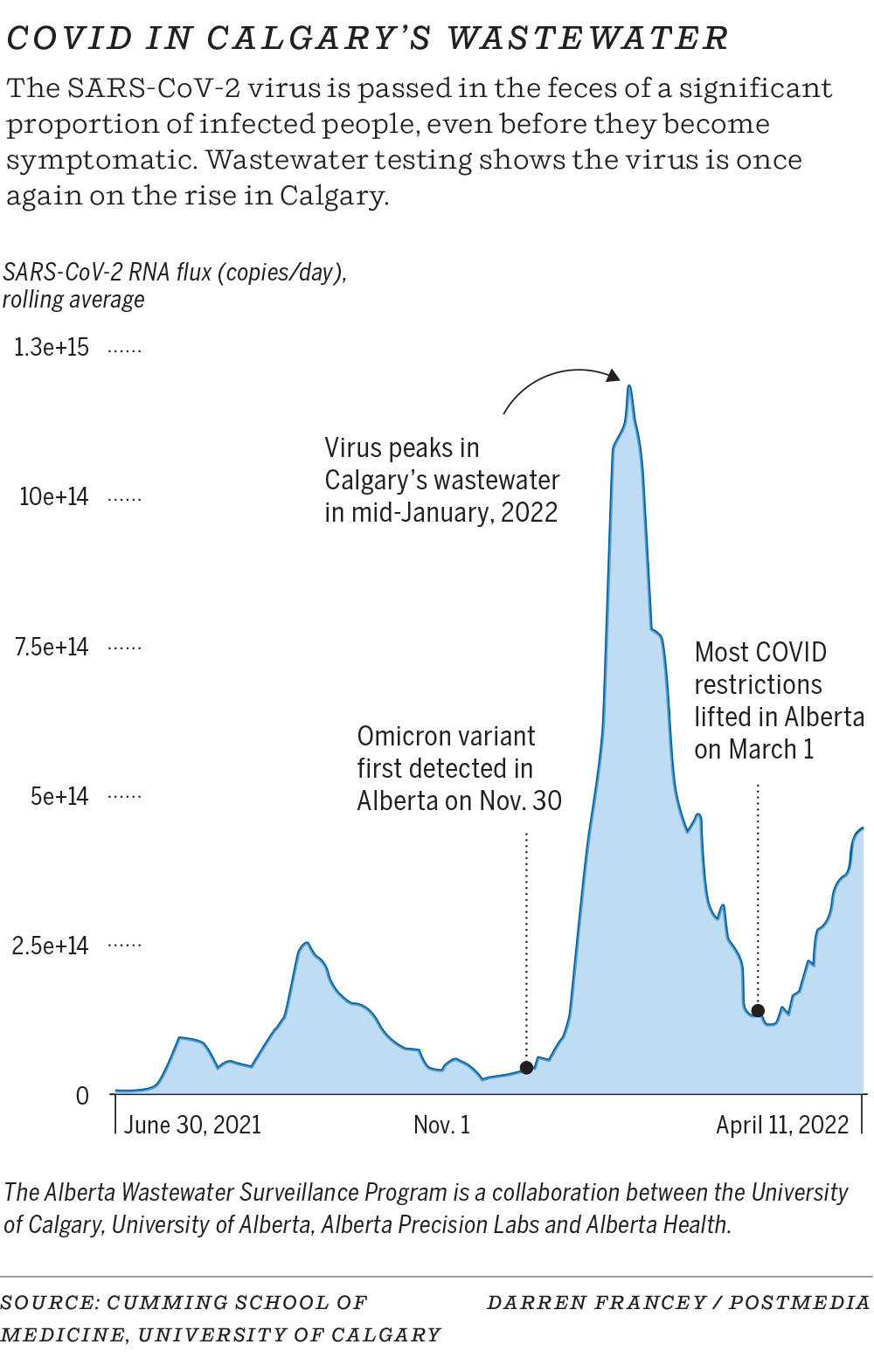 Speaking at an unrelated news conference on Wednesday, Premier Jason Kenney said he expects more cases and waves of COVID-19 to occur in Alberta. He said he hoped Alberta would avoid any “volatile” pressure on its health care system from the continued virus spread.

“It would be manageable without resorting to public health measures,” Kenny said, comments echoed by Copping.

Hinshaw said it has continued to wear masks in public and workplace settings, despite Alberta having lifted its mask mandate in early March, and asked Alberta to consider doing so.

He encouraged continuous vaccination against COVID-19. As of Tuesday, more Albertans are eligible to receive their fourth dose of the vaccine. That second booster shot is available through the AHS or pharmacies to all Albertans age 70 or older, and First Nations, Métis and Inuit people age 65 and older, as well as all seniors in collective care, Provided that at least five months have elapsed. to shoot.