COVID-19 in Quebec: What you need to know Wednesday | Nation World News 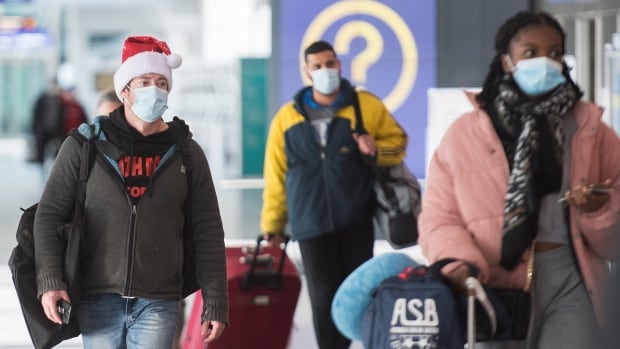 Quebec’s Health Ministry does not publish the number of vaccines administered on weekends and public holidays.

Montreal’s public health director is asking the population to reduce its number of contacts in light of the Omicron variant.

The city recorded 844 new COVID-19 cases today, and Dr. Mylène Drouin says she expects the daily number to increase in the coming weeks.

Currently, most cases are still of the Delta variant. But there are now 95 cases of the Omicron variant in the city, and 90 per cent of them involve people who were fully vaccinated.

“With two doses, you can still easily catch the variant,” Drouin said.

The median age of people infected with Omicron is 32, and 80 per cent of them showed symptoms, although illness does appear to be less severe than with other variants.

Public health had previously said 14 cases of the Omicron COVID-19 variant had been detected in the city — and only five of them were associated with travel outside the country.

Provincewide, there were 2,386 new COVID-19 cases confirmed in the last 24 hours.

It’s the highest number since January, when Quebec was in the midst of the second wave of the pandemic.

“With 2,300 cases today, it wouldn’t be responsible to not look at all the possibilities, and we have to keep measures that will have an impact on [decreasing] hospitalizations,” he said.

“I’m very aware that Quebecers and, as I was telling my colleagues yesterday, Canadians are very fed up with the measures.”

Dr. Horacio Arruda says the decision to stick with a plan to increase private gathering limits is motivated by science, not politics. 1:34

He said he also asked Ottawa for federal government employees to help administer vaccinations in the province.

“Right now, we need all our employees to vaccinate,” he said. “We called them all back, but there aren’t as many as we used to have for vaccinations, and that’s really our priority now: the third dose and vaccinating five- to 11-year-olds.”

“We don’t know in a week or two where we’ll be, and we’re trying with our experts and the experts of the federal government to see how we can estimate the number of hospitalizations in the next week.”

Later today, the federal government will change its travel guidance to officially advise Canadians to avoid non-essential travel outside the country for the time being.

“To those who were planning to travel, I say very clearly — now is not the time to travel. The rapid spread of the Omicron variant on a global scale makes us fear the worst,” Duclos said.

The Quebec government is asking employers in the province to once again prioritize work from home, as cases and hospitalizations are on the rise and Quebec faces the threat of the Omicron variant.

Health Minister Christian Dubé also said the province would be rolling out rapid tests in pharmacies as of Monday, giving people access to five free tests every 30 days.

Benoît Morin, president of an association that represents pharmacists who are owners, said that almost all pharmacies will be providing tests, but some may not have them on Monday morning.

“We’re going to do our best. But over the course of the week, they should come in,” he said.

He said pharmacies should have a sign near the entrance saying whether or not the tests are available.

What are the symptoms of COVID-19?

If you think you may have COVID-19, the government asks that you call 1‑877‑644‑4545 to schedule an appointment at a screening clinic.