COVID-19 patients may be infected with multiple variants at the same time: studies 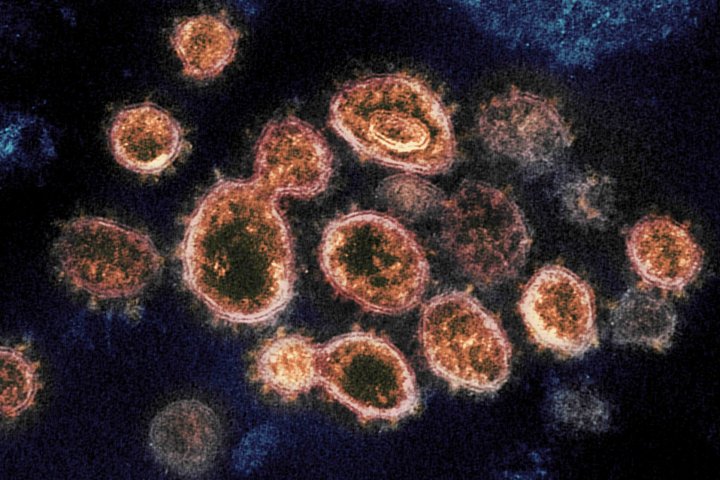 People who fall ill with COVID-19 may have more than one variant of the virus attacking them, according to a pair of new studies published earlier this year.

Researchers for the two studies — one published in January, the other in February — say their evidence suggests less dominant variants may be simultaneously present in the same infected individual, with some cloaking themselves from the immune system.

That could make it difficult for infected patients to get rid of COVID-19 from their systems entirely, said Kapil Gupta, lead author of the January study, in a statement Tuesday.

“Some of these variants may use kidney or spleen cells as their niche to hide, while the body is busy defending against the dominant virus type,” Gupta said.

Scientists at the Max Planck Institute for Medical Research and the Max Planck Bristol Center for Minimal Biology at the University of Bristol created synthetic virus particles that could be manipulated in a controlled setting in order to study the structure of the virus, SARS-CoV-2 , on a cellular level.

The particles allowed the research team to investigate the “pocket” of the virus’ spike protein, which it uses to attach itself to human cells, and study how the virus infects the body.

The pocket — which scientists found is present in all variants of SARS-CoV-2 — was found to be changing shape when binding to fatty acids in the body, folding itself into the cells and blocking the ACE2 receptors that antibodies use to fight off infection .

Researchers called the process “ducking down,” allowing the variant to avoid detection and increase infection efficacy — and potentially allowing more than one variant to take root in the body.

“It appears that this pocket, specifically built to recognize these fatty acids, gives SARS-CoV-2 an advantage inside the body of infected people, allowing it to multiply so fast,” said Imre Berger, co-director of the Max Planck Bristol Center of Minimal Biology, in a release.

The researchers did not say if this could make an infected person more sick, as the studies focused on the longevity of infection.

Stephen Hoption Cann, a clinical professor in the School of Population and Public Health at the University of British Columbia, said multiple variants could also lead to a less severe sickness overall.

“Obviously, it’s a challenge for the immune system to fight off two infections at the same time,” he said.

“But I would say, by and large, any recombination between two different variants coming together would probably more likely develop a less lethal or less functional virus.”

Hope Cann also said the likelihood of multiple viruses infecting a single person was rare, but admitted the possibility of multiple variants was certainly possible.

Why we need to ‘learn to live’ with COVID-19, according to doctors and immunocompromised patients

He added the new research will likely have little impact on the course of the pandemic overall.

“The Omicron variant was very infectious and got a lot of people infected and some people got quite sick, but it’s now having a harder time spreading because of previous infection and vaccinations,” he said.

“We’re certainly seeing a decline, and that’ll probably continue to go down until something new arises, but we don’t see anything major on the horizon right now.”

Berger said the research could point the way toward further treatment for COVID-19 that targets the spike protein pocket itself.

“Intriguingly, the same feature also provides us with a unique opportunity to defeat the virus, exactly because it is so conserved — with a tailor-made antiviral molecule that blocks the pocket,” Berger said.