Covid-19: why Uruguayans are at risk of the disease again after a thousand days 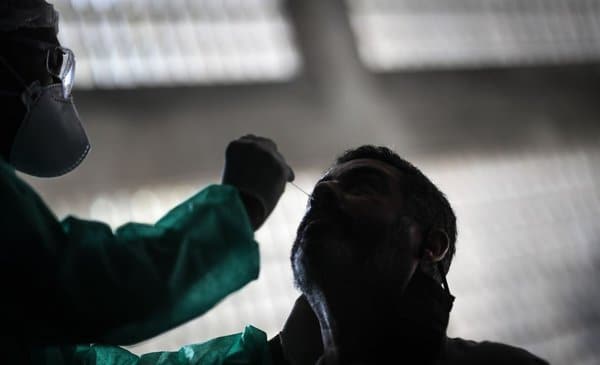 it was a thousand days ago, a Friday in March, a little before four o’clock in the afternoon. There was silence in the corridors of the Ministry of Health. The door to Minister Daniel Salinas’ office on the second floor was locked and guarded by a police officer. But rumors began to spread: did they detect the first cases of Covid-19 in Uruguay?

What happened after that: over 7,500 dead With a test result that demonstrated the presence of the virus, grieving families, grandparents locked in homes where no one went, schools under lock and key, a group of advisory scientists formed, that group Learning terms like disintegration, fertility rate, sublineage or Harvard index. There was a return to normality, little by little, until a new normality began.

Then they said goodbye to the face masks and returned to the fist salutes, the hugs, the parties, the barbecues. And how could it be otherwise in “the most mature country in the world” – where per capita consumption of yerba exceeds 10 kg per year – a few rounds of mate returned.

The Ministry of Health – the same one that denied this Tuesday that a version of the Omicron XBB was circulating – admitted on Thursday that There has been a “surge” in COVID-19 infections and urged the population to carry out vaccination plans and resume the use of masks in closed spaces—though it is not mandatory for health centers, the elderly outside residential homes, and workers with symptoms.

There’s no doubt about it for infectious disease specialist Henry Albornoz: “An increase in cases is to be expected., An increase in desirable and desired social interaction with the relaxation of distancing and safety measures. This increase in cases, he says, has been concentrated among older adults with co-morbidities, who are hospitalized and test positive, in work-related outbreaks and “in some closed contexts.”

This increase in infections—which is difficult to compare with previous waves because testing, tracing and isolation criteria have changed—is beginning to be noticed by health providers. “Until 15 days ago we had about 40 patients under follow-up, and now there are more than 160,” admits Alejandra Paolino, director of the Casmu Health Care Complex and who coordinates the follow-up of respiratory patients. “This increase may seem small if we compare it with the more than 1,000 daily calls (to Omicron Wave) in January, but the increase is significant if one takes into account Cases quadrupled in two weeksTwo new call lines had to be included, accommodate a location for Covid-19 in moderate care (where only 19 patients are in that reciprocating) and plan for human resources”.

And that, human resources, may be the sore vein of current growth. Because, a priori, the increase in infections is not dramatically affecting intensive care units, nor is it translating into an increase in deaths. but yes impact on exhausted health workersOr, less commonly, and who are also prone to infection.

The American Journal for Infection Control published the results of a study in Pennsylvania three weeks ago, showing that healthcare workers who test negative for the coronavirus antigen On the fifth day you can return to your normal activities (with the use of a mask) with a “very low chance of spreading the infection”, This means that there is no overburden on human resources and hundreds of lost working days are saved in case studies.

And what about the rest of the population? ,the pandemic is not over And, in this sense, (it is necessary) to remember preventive measures. These include ventilation, use of masks, immediate counseling before any respiratory symptoms appear, and Catching up with the National Immunization Plan”, said Adriana Alfonso, MSP’s director of epidemiology.

It so happens that – with the exception of children under 12 – the basic plan against Covid-19 includes at least three doses – which increases to four and for older adults and co-morbidities, according to March. For a population of 5, it becomes five. Even then, Only half of 20-something and one in three teens get three doses,

These vaccination data worry infectious scientists for three reasons: The duration of antibodies with messenger RNA vaccines (such as Pfizer’s) is shorter than initially estimated and the population will be more exposed. Because there are more susceptible hosts to become infected, this can put populations at risk with co-morbidities. And the more unvaccinated the population, the more breeding ground for new forms of anxiety to emerge,

Infections increased during the European summer with “little” impact in South America. But now there is a new global growth that is focusing on the Southern Hemisphere. Along these lines, for example, Brazil has already demanded the use of masks in airports and flights, And several countries, including Uruguay, announced booster vaccinations.

MSP is conducting a study to ascertain the level of antibodies in a previously vaccinated population. This could provide new evidence as to whether the reinforcements from March are limited only to those over the age of 50 or if they extend to other age groups.

whereas? “At the moment, the prevalence of the new variant is not known, but it could arise at any time, especially with the arrival of Uruguayans for the holidays,” explains infectious disease specialist Albornoz. And he concludes: “Cases are likely to rise further, especially in late December and January, as happened last summerAlthough the magnitude is difficult to know.