Covid cases rise and many countries return with mandatory chinstraps 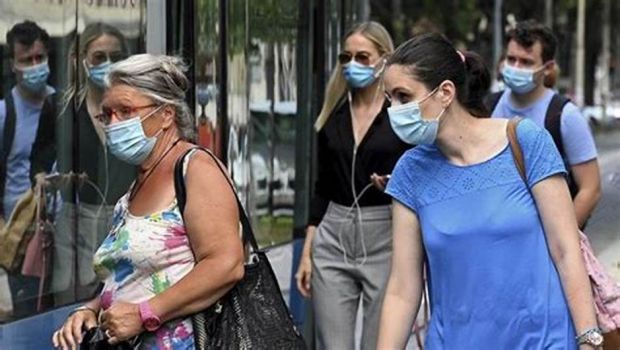 The Minister of Health reported last Friday, “Infections delivered by adenovirus, influenza and Covid-19 are visible and even a slight increase in cases, which is increasing the number of emergency services, hospitalizations and health affecting the system.” For this reason, a return to the use of a mandatory chinstrap in your country is being evaluated with a council of experts.

Colombia re-evaluates use of chinstrap

The Government of Colombia, through a statement sent through social networks and to the page of the Ministry of Social Security, explained that “the use of mandatory face masks is maintained in 3 scenarios: transport, medical services and nursing homes. Although its mandatory use Again, this is not a decision taken”.

It seems that everything indicates that the resolution will be announced in that country next week, as Colombia’s Health Minister Carolina Corcho announced this Friday: “It is a proposal that is being considered, if If this happens, it will be for older people for 2 years in open and closed places where there is crowd, in addition to the 3 places where they are compulsorily used till date, which are: Institute of Health Service Providers (IPS), Nursing homes and public transport”, reported the head of the portfolio of health, Carolina Corcho.

Brazil installed it in airports and planes

Meanwhile, Brazil re-enforces the use of chinstraps in airports and on planes. The neighboring country took the decision due to the new summer season and the rise in coronavirus cases. The use of masks became mandatory in the neighboring country last August, but now the epidemiological situation has prompted them to review the measure.

What can happen in Argentina in the face of outbreaks in other countries?

For Hugo Pizzi, the famous Cordovan infectious disease specialist, it is likely that there will be an outbreak in Argentina “before the end of the year”. “It is not only Brazil, the authorities in Chile are looking at the path to follow because of the increase in cases, it has also happened in Europe and it is the prelude to what is to come here,” he stressed.

Later, Pizzi pointed out that in general, all enhancements in its various subspecies “correspond to the Omicron version”. He emphasized the position of Brazil as a favorite destination for Argentine tourists for summer holidays. “Due to the close contact with our country, Brazil with almost 100,000 cases has very significant underreporting and is very worrying,” he said.

He reiterated the importance of vaccination even with the fifth dose for those who are part of the risk groups. Having free vaccines, “it doesn’t make sense” how many hospitalized people don’t complete or start their vaccination schedules, they concluded.

The nation’s health minister, Carla Vizzotti, said there was “no prospect” of the pandemic returning to a worst-case scenario given the surge in coronavirus cases in the country. The official denied that the increase in reported cases in recent weeks could lead to an overflow in the health system.

Although he acknowledged that this is where the number of cases increased, he insisted that this did not translate into hospitalizations or deaths.

Vizzotti recalled that since September 21, the use of masks is not mandatory, but “it is recommended; it has never ceased to be so, especially for those at risk.”