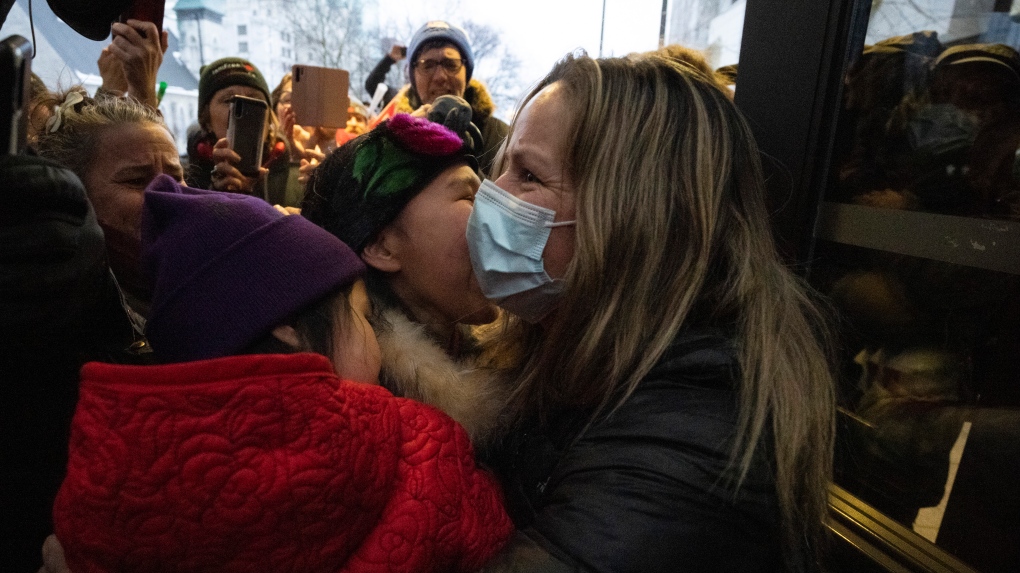 Crown prosecutors want Ottawa protest organizer Tamara Lich sent back to jail to await trial, claiming she breached her bail conditions by agreeing to participate in an event next month where she will receive a “Freedom Award.”

In an application filed in advance of Lich’s bail review hearing, the Crown claims she violated the court-imposed condition that she did not express support for anything related to the Freedom Convoy movement she led in Ottawa earlier this year.

At a gala organized by the Justice Center for Constitutional Freedoms (JCCF) scheduled for June 16, Lich will be given the “George Jonas Freedom Award” to recognize her participation in the protest that gridlocked Ottawa’s downtown for more than three weeks.

Lich was arrested in Ottawa in February after the federal government invoked the Emergencies Act. She was charged with multiple offenses related to the protest, including mischief and obstructing a peace officer Her initial bail request was denied but that decision was reversed after a bail review.

After spending 18 days in jail, she was released on March 7th under conditions that require her to reside in Alberta and not travel to Ontario except for court appearance or to meet with counsel.

The bail conditions also require Lich “not to verbally, in writing, financially, or by any other means, support anything related to the Freedom Convoy.”

The Toronto gala will feature a keynote speech by columnist Rex Murphy, with VIP tickets selling for $500. Two other galas are scheduled for Calgary and Vancouver this summer.

Promotional material for the events says Lich “inspired Canadians to exercise their Charter rights and freedoms by participating actively in the democratic process,” calling the occupation of Ottawa a “peaceful protest” that awakened many to the “injustice” of COVID lockdowns and vaccine mandates .

Unless her bail conditions are revised, Lich would not be able to attend the events in person.

“Tamara Lich has continued her support of the Convoy cause with the assistance of Justice Center for Constitutional Freedoms,” the Crown’s application says,

The Crown also alleges that the Calgary-based JCCF, a registered charity that has led legal challenges of COVID measures, has a “collaborative and representative” relationship with Lich. The application says JCCF lawyer Keith Wilson referred to Lich as “the spark that lit this fire” and on one occasion identified her as his client.

Wilson and other JCCF lawyers attended the Ottawa protest and spoke on the behalf of Lich and other organizers at a press conference. They also posted videos on social media supporting the protest.

The Crown’s application notes that the organization hired a private investigator to follow a Manitoba judge presiding over the JCCF’s legal challenge of provincial lockdown mandates for churches last year.

The Crown also argues that the judge who granted Lich bail made several errors of law and asks that his decision be overturned, sending her back to detention.

The application will be heard in an Ottawa court on Thursday and Friday.

At the same hearing, Lich will ask the court to change the bail conditions that restrict her social media use and prevent her from traveling to Ontario.

Lich’s lawyer in the criminal matter, Lawrence Greenspon, declined to comment on the Crown’s application.

The powerful avatar of Tata Safari is going to be released tomorrow, SUV Price

She and Ashram actor Aditi Pohankar: When it comes to female sexuality, everything is cool