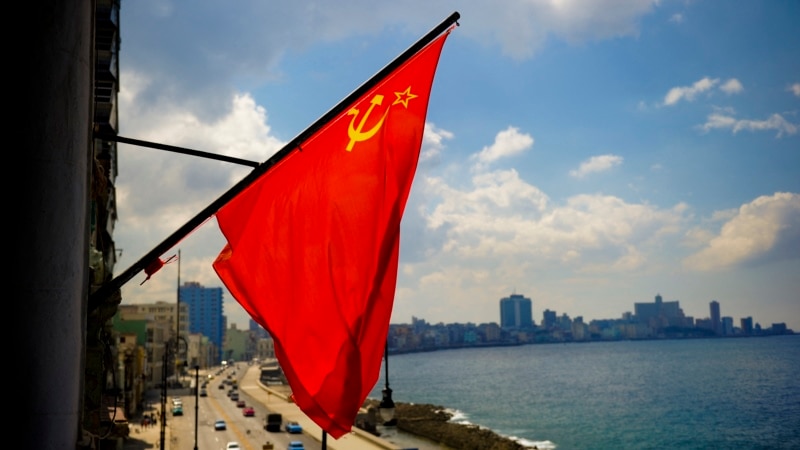 When Brent Reynaud was killed while covering the effects of the Ukraine war, state media in Cuba described the American photojournalist as a CIA agent.

State-run news website Cubedebate cited an Iranian news outlet as the source of the story, which ran on March 13. But it did not specify the name of the Iranian outlet.

Renaud, an award-winning photojournalist, was in Ukraine on assignment for Time Studios when he was working on a documentary about refugees who were killed. Fact checkers have refuted his claim of being a CIA agent.

Independent analysts say the effort to link the journalist to US intelligence shows how Havana has adapted the Russian version of events over Ukraine.

Throughout Latin America, the Russian version of the events has been publicized through social media and through the Spanish-language version of Russian state television, RT en Espaol.

The VOA spoke to independent journalists and analysts in Cuba to assess why the communist government has been repeating Russian reports, which is thousands of kilometers from the front line.

The International Press Center, the Cuban government’s media center in Havana and the Cuban embassy in Madrid did not respond to emailed requests for comment.

conflict has been reduced

Juan Manuel Moreno Borrego, who works for the independent outlet Comunitario Amenesar Habanero, said Cuba’s official media had underestimated the Ukraine conflict, which headlines the rest of the world.

“Reports in the official media in Cuba about what is happening in Ukraine are minimal and superficial,” he told VOA in a telephone interview from his home on the Caribbean island.

The terms reflect official instructions issued by Moscow to Russian media personnel, who could face up to 15 years in prison for not covering the war on Kremlin terms.

The United Nations on Thursday voted to suspend Russia from the Human Rights Council over war-related atrocities and human rights violations.

Despite limited coverage in government media, Moreno believes that almost all Cubans know about the war.

“I am sure that 90 percent of the Cuban population knows the reality of what is happening through access to social media,” he said.

Moreno said RT has a significant presence in Cuba because it is broadcast in Spanish and is widely viewed.

“But the independent journalists here are doing their best to make the Cuban people aware of the reality of what is happening in Ukraine,” he said.

Alberto Corzo, director of the Cuban Institute for Freedom of Expression and the Press (ICLEP), a non-governmental group that created a network of independent journalists, noted that Cuba participated in a recent United Nations vote on the Ukraine war. Had taken.

“In my personal opinion, the boycott of Cuba reflects the conduct of the traitors because it shows [the Cuban government’s] Afraid to define their currency and which side it is on,” he told VOA.

“From the beginning, the Cuban government has stated the only reliable source for information [about Ukraine] Russia Today is in Spanish, alleging that Nation World News and other media are of service to the West. Official media reports justify Russia’s aggression towards Ukraine.”

RT en Espanol, which reaches across Latin America, portrays the United States as a greater threat to world peace than Moscow. “Never forget who is the real threat to the world,” read an RT headline in February, The Associated Press reported this week.

Although many of the claims reported on RT en Espaol have been debunked, researchers say that Spanish-language content on Ukraine is the third most shared site on Twitter.

Ana Leone, a journalist writing for the independent news website Cubanet under the pseudonym For Her Security, believes that Cuba repeats the Russian version of the Ukraine war because it cannot afford to fall out with a close ally. on which he is financially dependent.

“From the very beginning, the official media in Cuba has been attached to the Russian version of events. They have talked about special military operations to protect the people,” she said.

“Russia’s actions are contrary to all the principles for which the Cuban Revolution stands, such as the right of the people to determine their own future; however, Cuba denies Russia’s brutality. Report [in the state media] Talk about the democratic election of 2014 [in Ukraine] Make a coup.”

Pro-European Petro Poroshenko won Ukraine’s 2014 presidential election on a platform that included a promise to stop war in the eastern regions. He was defeated by the current Ukrainian President Volodymyr Zelensky in 2019.

Leon said that when Russia softened a loan agreement, it ensured Cuba’s loyalty in its coverage of the Ukraine conflict.

“On February 22, two days before the invasion of Ukraine, Russia turned over a $2.3 billion loan deal for Cuba to relieve economic pressure on the communist government,” Leon said.

Reuters news agency reported that loans given to Cuba between 2006 and 2019 helped reduce investments in power generation, metals and transportation infrastructure.

Russia’s decision to soften the loan terms came as Havana was struggling to deal with a deepening social and economic crisis that led to food shortages and medicine shortages and sparked widespread protests.

Since the Cuban Revolution of 1959, Havana and Moscow have enjoyed strong military and economic ties.

The alliance faded after the collapse of the Soviet Union in 1991, but Russia continued to provide humanitarian aid and loans.

Normando Hernandez, director general of ICLEP in Miami, said the Cuban government fed its citizens an alternate reality on what was happening in Ukraine.

He told VOA in a telephone interview, “The Cuban state media is following the Russian line on Ukraine exactly. It refers to the invasion of Ukraine as a special military operation and makes no mention of the massacre of civilians.” “

“They’re trying to stop the Cuban people from knowing what’s really going on in this war, which was started by [Russian President] Vladimir Putin. ,