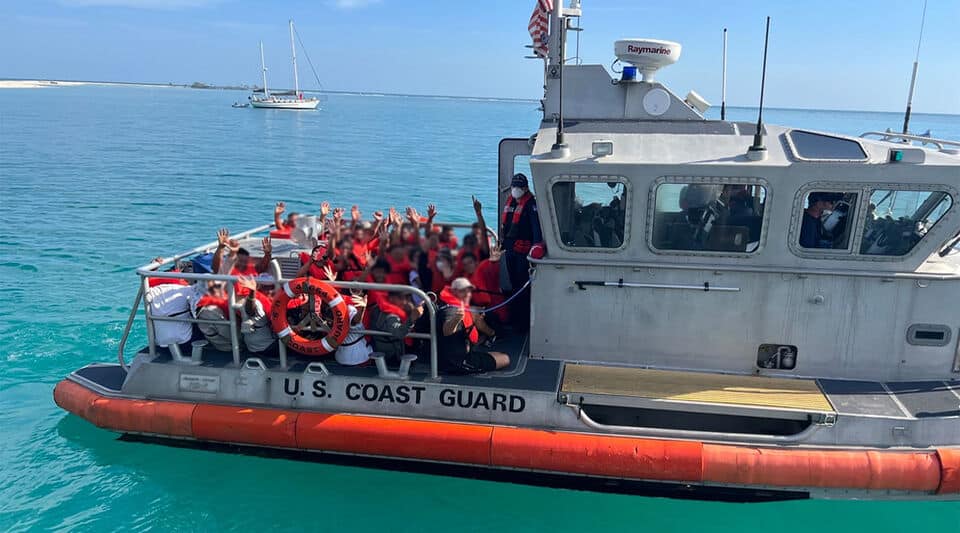 Cuban rafters who managed to land in Florida, including more than 300 who were in Dry Tortugas National Park and processed at a Border Patrol station, are receiving “an expedited deportation order,” the ruling said. A judge issues a person for removal. But according to immigration attorney Willie Allen, it can be reversed with legal advice.

The process for appealing this order requires an EOIR-26 form from the Immigration Court and the immigrant has 30 days to submit it. It is up to the defense attorney to present to the court the necessary legal arguments for the court to reverse the eviction.

Allen told Univision that Cuban rafters who stepped into the United States and were detained by immigration officials “are being released without credible fear interviews.”

The litigant reiterated that those rafters who manage to touch land are “being released with an expedited deportation order, which limits them to requesting asylum” and that as a result, after one year and a day they Would not be able to benefit from the Cuban Adjustment Act.

This Friday when the lawyer’s statements are given Border Patrol caught 90 rafters who managed to land in the Florida Keys. According to the chief official of the Miami area, the Cubans made their journey in five rustic boats and it was the residents of the area who informed them of their arrival.

The official confirmed the reopening to the public of Dry Tortugas National Park, where more than 400 islanders had landed in the past two weeks. Park activities include “overnight camping” and “resupply”. yacht and seaplane”.

The lawyer also detailed the United States’ new immigration program that would facilitate the granting of up to 30,000 visas per month to Cuban, Venezuelan, Nicaraguan and Haitian citizens, but would also allow citizens and others in illegal status Will exile

who request parole The humanitarian “must have a sponsor or family member legally residing in the US and must pass a rigorous background check.” Beneficiaries will be able to stay legally in the US territory for up to 2 years and “request a temporary work permit.” It is estimated that 360,000 people from those four countries could legally enter the United States within a year.

Lawyer Willie Allen stressed to Univision that since entry to Cuba under the new program is by air, an inspection at the airport and official entry into the country are required, which are some of the requirements of the adjustment law. You can apply for residency later.

For Allen, the thousands of Cubans who enter this way in the future “have a secure path to their residency in the United States”, however. parole Whether it is for one year, two years or one day.”

Contribute to our work:

team of 14 Intervene He is committed to doing serious journalism that reflects the dark Cuban reality. Thank you for being with us on this long road. We invite you to continue supporting us, but this time by subscribing to our newsletter. Together we can continue to transform journalism in Cuba.