Cubans stopped by US Coast Guard manage to reach land 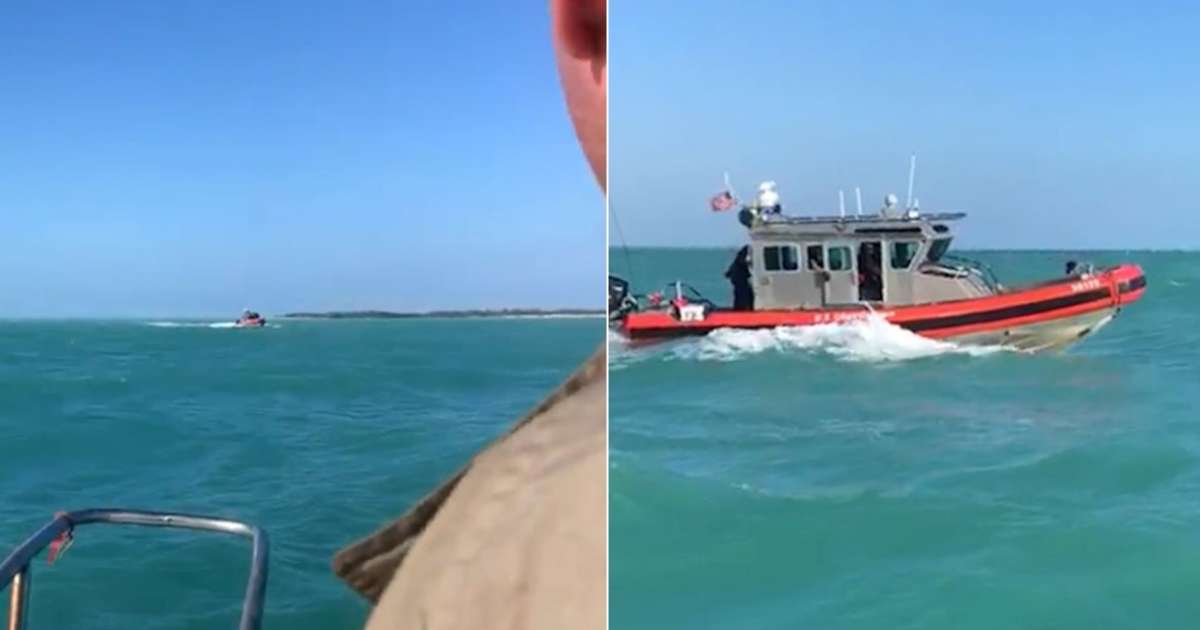 According to activist Ileana Hernandez, a group of at least 22 Cubans, intercepted by the United States Coast Guard, reached the Florida Keys.

The Cubans left Cojimar aboard a fishing boat and although they were intercepted by American authorities, they increased speed and were able to make landfall.

In the images released by Hernandez, it is seen how the Cuban group insists on revving the engines to reach their destination immediately, while the coast guard boat moves towards them, but without putting their lives in danger.

The Cubans are currently in the custody of the United States authorities for whom they requested political asylum and are awaiting an official response.

Since the beginning of the new financial year, Total arrests of intercepted rafters in the United States increased by 500%. In his attempt to reach Florida, according to official data.

There has also been a 330% increase in maritime smuggling cases, with 131 operations frustrated by the authorities.

United States Coast Guard has detained 3,370 Cuban rafters since OctoberMore than half of them in the last financial period.

It was seen earlier this week Three Cuban Rafts Bound for the United StatesConfirming the persistence of a migrant crisis in the country due to the lack of political and economic freedoms that exist in Cuba.

As of January 2017, the dry feet-wet feet policy is no longer in effect, with Cuban immigrants being treated the same as others coming to the United States, however, there are rafters who manage to touch land and more likely are to process your asylum application, that people who They are intercepted at high seas, only to be returned to Cuba almost immediately.