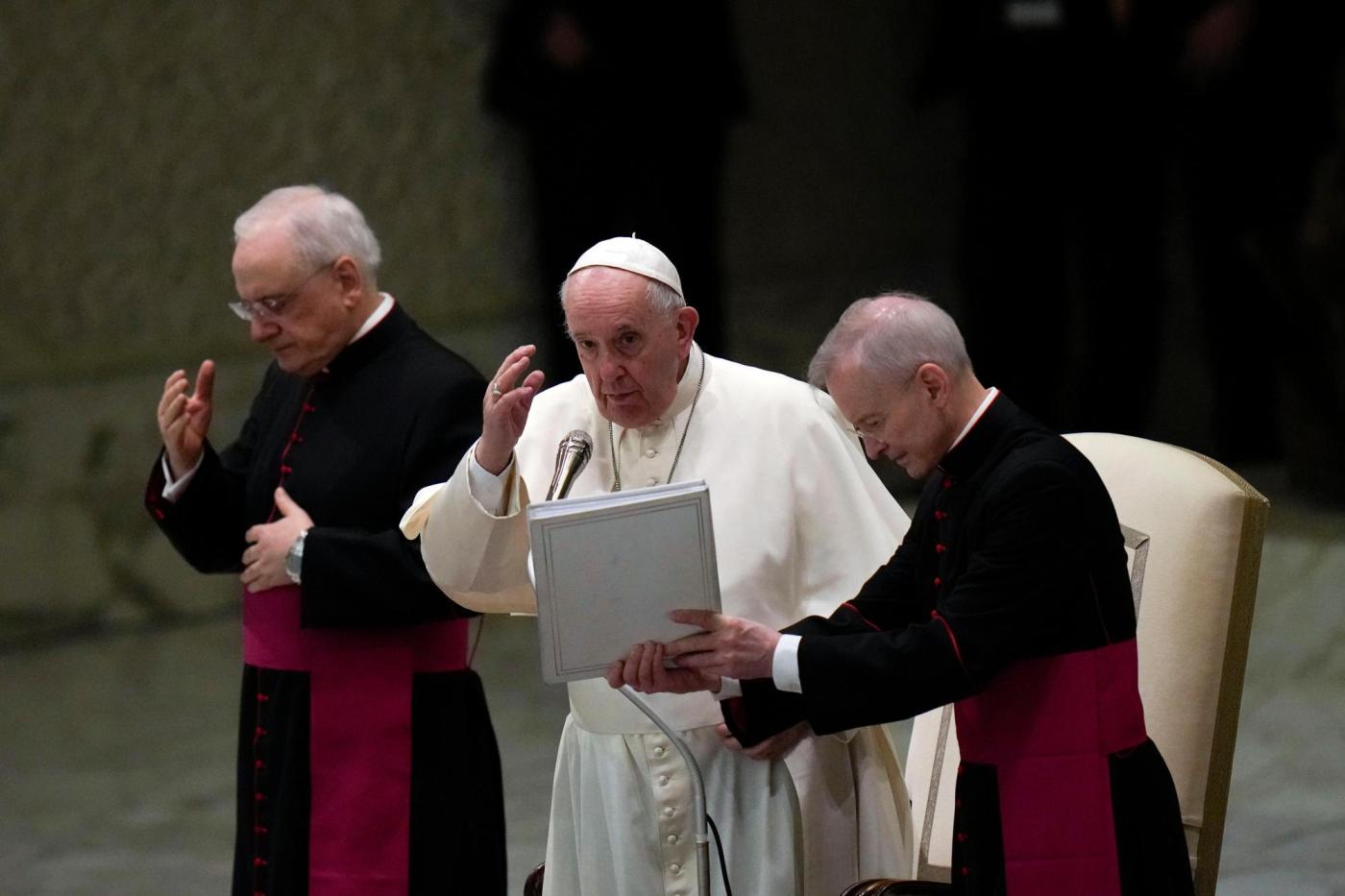 On Thursday, Pope Francis called on Vatican cardinals, bishops and bureaucrats to show humility this Christmas season, claiming that their pride, self-interest and “the glitter of our armor” perverts their spiritual life and destroys the mission of the church.

As in the past, Francis used his annual Christmas address to hold Vatican administrators accountable for their perceived moral and personal flaws, denouncing, in particular, those pride-filled clerics who “hard” hide behind the traditions of the Catholic Church rather than seek out those most in need. … with humility.

As before, cardinals and bishops sat stone-faced as they listened to Francis lecture in the Hall of Blessings, which was otherwise decorated with merry, shimmering Christmas trees and poinsettes.

“The humble are those who care not only about the past, but also about the future, because they know how to look ahead, spread their branches and remember the past with gratitude,” Francis told them. “On the other hand, the proud simply repeat, become tough and withdrawn into this repetition, feeling confident that they know and fearing something new because they have no control over it.”

According to the pontiff, the proud, who try so hard to look inside themselves, are absorbed in their own interests.

“As a consequence, they do not learn from their sins and are not sincerely open to forgiveness. This is huge corruption disguised as a product. We must avoid this, ”he added.

As Pope in 2013, Francis used his Christmas address to oppose the Curia as the Holy See bureaucracy is known, denouncing the “spiritual Alzheimer’s” that some members suffer and the resistance he faced against his efforts to reform and revitalize. institute and the Catholic Church in general.

These reforms gained momentum this year, and some of the higher Catholic hierarchies bore the brunt of the brunt as Francis ordered a 10% cut in cardinals’ salaries, imposed a € 40 ($ 45) gift cap for Holy See staff, and passed the law. allowing the cardinals. and bishops will be prosecuted by the Vatican’s own court.

In addition, Francis added his Christmas greetings in the form of yet another public beating of the Vatican clergy, who are usually treated with the greatest respect by their subordinates and the faithful in general.

Francis told them to stop hiding behind the “armor” of their titles and admit that, like the biblical character of Naaman, a wealthy and rewarded military leader, they were lepers in need of healing.

“Naaman’s story reminds us that Christmas is a time when each of us needs to have the courage to take off our armor, drop the trappings of our roles, our social acceptance and the glory of this world, and embrace Naaman’s humility,” he said.

Francis also reiterated his call for traditional priests to stop living in the past, stating that their obsession with old doctrines and liturgy hides a “spiritual worldliness” that corrupts.

“Seeking this kind of comfort is the most perverse fruit of the spiritual worldly life, because it shows a lack of faith, hope and love; this results in an inability to discern truth, ”he said.

This year, Francis took his biggest step to curb the traditionalist wing of the church by re-imposing the restrictions on the old Latin Mass that Pope Benedict XVI relaxed in 2007.

Last weekend, he tightened those restrictions by introducing a new set of rules that even prohibit the publication of the time of the Tridentine Mass in the parish bulletins.

Francis said that the proud who remain stuck in the past “are locked in their little world, have no past, no future, no roots or branches, and live with the bitter taste of melancholy that weighs on their hearts like the devil’s most precious potion. … “

“We are all called to humility because we are all called to remember and give life. We are called to find the right relationship with our roots and our branches. Without these two things we will get sick and we are destined to disappear, ”he warned.