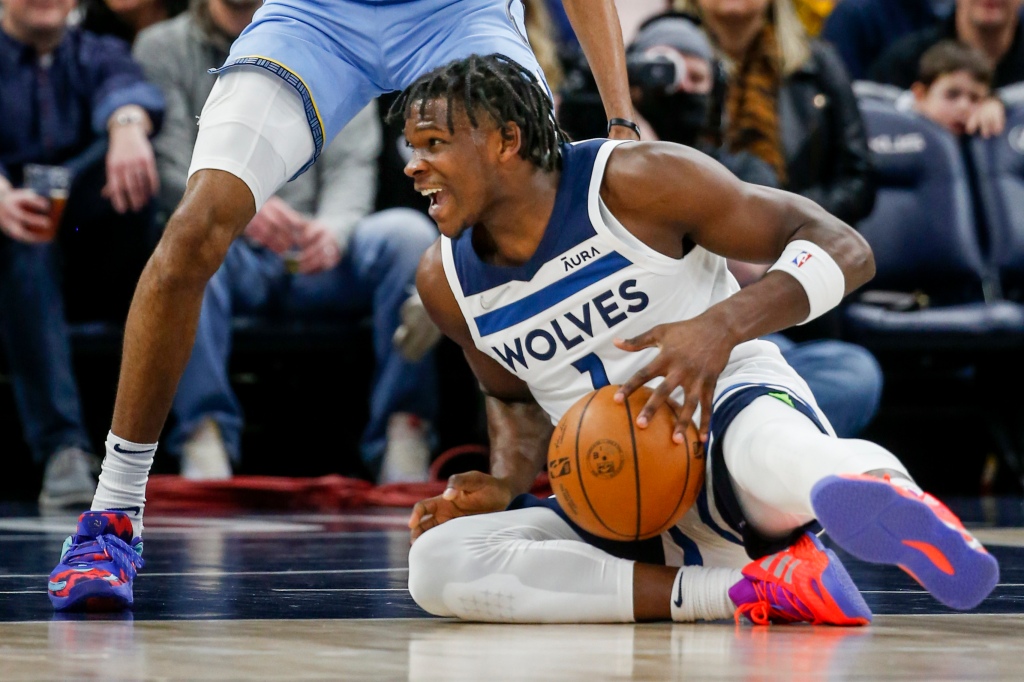 An almost prophetic Chris Finch said that coming out of the All-Star break, the Timberwolves needed to improve how they closed games.

That figured to rear its head against Memphis. In two earlier losses to the Grizzlies, Minnesota was in great position to win only to have it slip away late. The Wolves have a tendency to get stagant in such situations, the offense screeching to a halt and the defense holding on for dear life.

Sure enough, Minnesota’s tilt with the Grizzlies on Thursday at Target Center came down to the wire.

It’s not unusual for D’Angelo Russell to attack late in games. He has a penchant for wanting to take the shot when the game is on the line. What was different Thursday was the way in which he attacked. Russell dissected Memphis’ defense, attacking mismatches generated by the Grizzlies’ pick-and-roll coverage to get to the rim at will when the game was on the line.

“He’s a really good finisher. When he gets there he finishes in all different ways. He’s really good at attacking drop coverages because he sees so much of it,” Timberwolves coach Chris Finch said. “He’s in the midrange a lot. He’s very comfortable. But he has the ability to get even deeper, and tonight he was able to do that because they just kept dropping on him.”

Russell scored 20 points in the paint, which usually would account for three-plus games of scoring for the guard who much prefers to pull up from midrange. Russell scored or assisted on 26 straight points for the Wolves in the final frame. He finished with 37 points and nine assists.

Read Also:  No Curry, Green, Thompson for Warriors against Heat; Tyler Herro out with sore knee

“He was incredible. He reminded me of myself out there,” joked Anthony Edwards. “Nah, but he played a great game. All four quarters. He never went quiet. Everybody knew he was on the court, and that’s the D-Lo we need every night. Super proud of him.”

Russell said playing alongside “killers” like Edwards and Karl-Anthony Towns — who finished with 22 points and 11 rebounds in just 28 minutes — allows him to let the game come to him.

“I try to think the game as much as I can,” Russell said, “so whenever the game’s coming that fluid for me, it just makes it that easier.”

Finch thought everyone did that. He pointed to a late play in which Towns drove against a mismatch, then drew extra attention and kicked out to Russell for an open 3-pointer. It was an example of not trying to do too much with the game on the line, where in the past Minnesota may have been a bit too isolation-driven.

“And, obviously, DLo found a rhythm that they couldn’t shut down, so that was huge to ride that,” Finch said.

Memphis star guard Ja Morant left the game briefly in the third quarter after coming up lame on a drive but returned to start the fourth quarter. He didn’t appear to be 100 percent physically, but he still attacked the rim nearly every time down the floor in the final quarter. The All-Star guard and fringe MVP candidate scored 10 of his 20 points in the fourth.

And when he missed, a teammate was usually there to follow the miss. Memphis collected 26 offensive rebounds that led to 27 second-chance points. That nearly did in Minnesota, yet the Wolves still prevailed. Finch noted his team made a few key second-effort plays down the stretch when it mattered most to help balance the scales.

With Minnesota up three points and seconds to play, Morant shot an airball from deep with Edwards right in his grill. Edwards was awful offensively Thursday, going 1 for 11 from the field, but his defense was a differentiator. After the Morant shot sailed out of bounds, Edwards smiled toward the crowd and put his arms up in an “X,” signifying he’d just locked up the elite guard.

The Timberwolves loved the result they got Thursday as they open a difficult stretch against a number of the league’s best teams while trying to stay within reach of the sixth seed in the Western Conference playoff race. That could lead to a potential first-round matchup with … Memphis, with whom the Wolves just split the season series.

Minnesota would certainly embrace a best-of-seven with the Grizzlies.

“We feel like we play this team really well. We feel like we match up,” Finch said. “We feel like we should be at least 3-1 against them this season. They’ve found ways to beat us in the end. So it’s a team that we enjoy actually playing, and these guys found a way to win.”

Crowd of hardline Muslims gathered in Ajmer after Bareilly, Mahant Narasimhanand threatened to protest if action is not taken

Reports: Russia to observe ceasefire in 2 areas of Ukraine