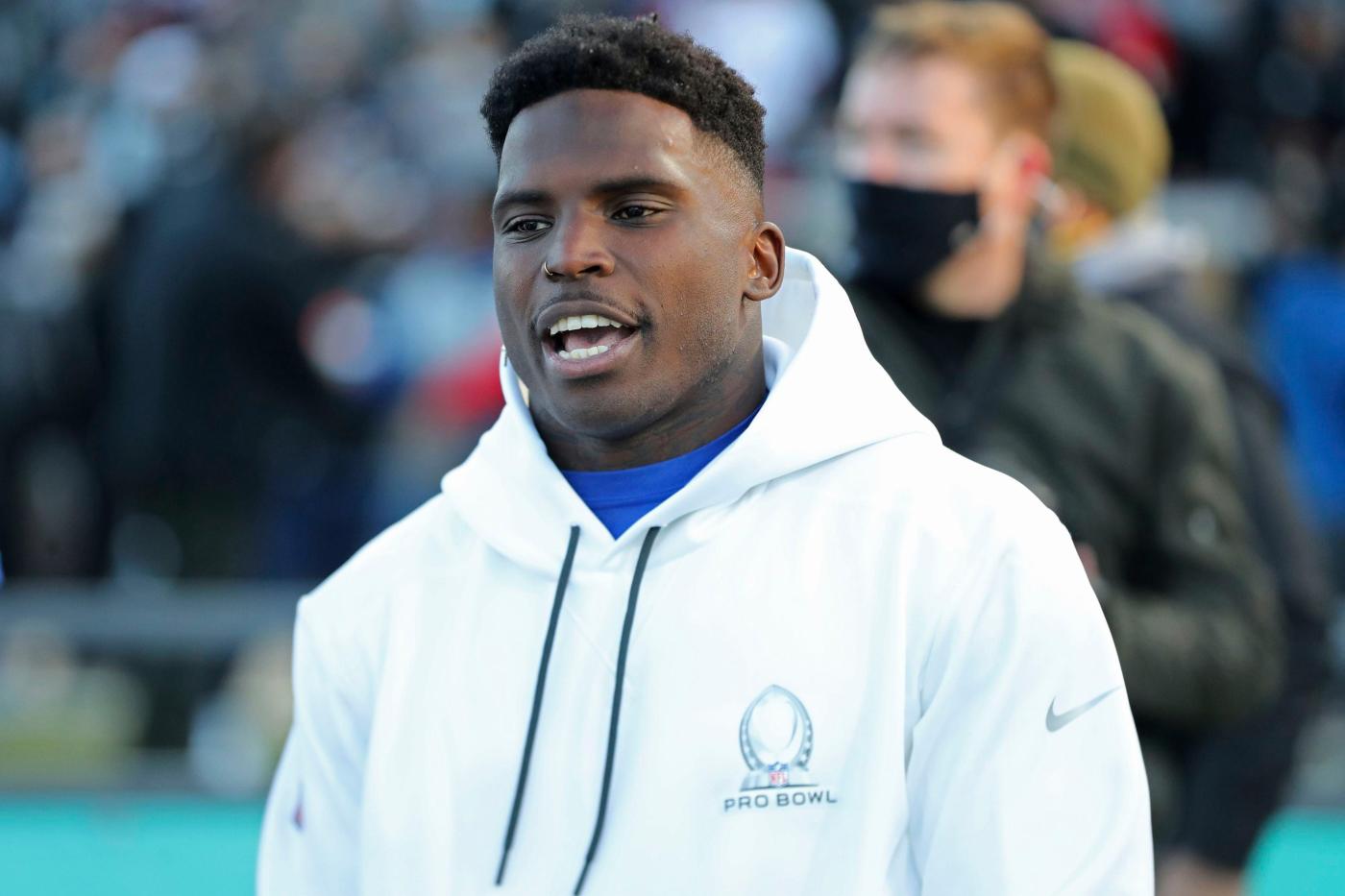 Not one position was missed, not one box went unchecked. Miami Dolphins quarterback Tua Tagovailoa got the fastest receiver in league in Tyreek Hill and the best left tackle on the market in Terron Armstead.

He got two running backs, a fullback, another talented receiver and offensive lineman and two re-signed tight ends – all to fit into new coach Mike McDaniel’s scheme.

Help? Tagovailoa got it.

Anointing? He got that from McDaniel, too.

Competition? Teddy Bridgewater even brought that final, feisty piece with his first words as a Dolphin. That was perfect. Bridgewater’s presence should give another push to confirm the Dolphins’ decision on Tua, assuming it’s the right one.

Tagovailia should come in with the mindset to blow away Bridgewater from the first minicamp. Outwork him. Outplay him. Out-and-out show every on the team he’s a much better quarterback with all the additions to this offense.

This is the first time in five years it’s fun to think about the Dolphins. Dolphins General Manager Chris Grier and McDaniel said they wanted to upgrade the talent around him this off-season and they upgraded beyond what anyone expected with Hill’s addition.

Does any team have a more dangerous receiving duo than Hill and Jaylen Waddle? Anyone improve more on the offensive line than the Dolphins with signings of Armstead and former Dallas guard Connor Williams? Did anyone rebuild a broken-down offense like this?

The Dolphins have proven they can’t draft properly, so they went the Los Angeles Rams route. They bought players. They traded the value of a full draft for Hill. Did they overpay? Absolutely. It’s always risky in the NFL when a team considers it’s a player away – and that was the idea here.

Hill can be that good, though, that impactful. But here’s risk here and it’s not small risk considering the amount of money and draft picks the Dolphins threw at Kansas City. Hill averaged 14.7 yards a catch in 2019, in what was his lowest since his rookie season.

Why? The Dolphins had to come to some understanding on that. They also had to consider why smart football minds like Kansas City’s coach Andy Reid and General Manager Brett Veach opted not to keep Hill. Was it just money? When they could have kept Hill for one more year and run for another Super Bowl?

Here’s the Dolphins thought: We have money. We have a two-year window before our young players will be needing bigger contracts. The biggest decision will be on Tua. We need to get great players around him to see who he is.

None of that matters now. What he does matters. His strength the first two seasons is not losing games. That’s important for a quarterback. He’s 13-8 as a starter. But more will be asked of him starting with drubbing Bridgewater in off-season workouts considering he threw the gauntlet of competition before Tua.

“Honestly, that’s a conversation I’d rather keep in house,’ Bridgewater said this week when asked what his role would be . “It’s a unique opportunity, and I’m happy to be part of it this season. To be the best version of Teddy I can be. Help the best way I can help. Be genuine. And giving all to this game.”

Is he a backup or a competitor to Tua?

“That’s something the coaches and I, we talked about,’ he said. “I’m confident in that conversation, and it’s really something I’d rather not discuss.”

So there’s a potential public-relations firestorm and quarterback-room rift here. So what? They’re running an NFL team, not a charity.

Does Tagovailoa want to earn this team’s leadership in a manner he didn’t last season?

Go put Bridgewater in his place this spring and summer. Show him who’s boss — and, by extension, show your new teammates as well. That’s how you go about leading a team, not simply by being handed the job.

Tua has been cast as some poor martyr the first couple of years. Some of that’s warranted. The Dolphins publicly considered replacing him with Deshaun Watson last year. They surrounded him with suspect offensive talent last year.

But there are no excuses now.

Because if there’s a debate come September, Tagovailoa or Bridgewater, it’s a loser’s debate. Neither are in the Top 10 quarterbacks of the AFC right now.

Tua needs to be in the middle of next season. He has the new help. He has the new offensive coach. He even has a push from Bridgewater. Every box was checked this off-season, every good move made.