Deadpool effect? Scientists have created a robot that revives even after being stabbed any marvel fan knows that one of the powers dead pool It is a quick healing agent. It doesn’t matter if it’s a scratch or if your legs are cut, or even your head: everything can regenerate. But few people know that scientists have created a robot that regenerates itself even if it is stabbed.

researchers of Cornell University developed this self-repairing elastomeric robot, which can detect damage and repair itself.

Elements of the Cornell robot that regenerates itself

An elastomer is a compound that includes non-metals in its composition, which act with elastic behavior. 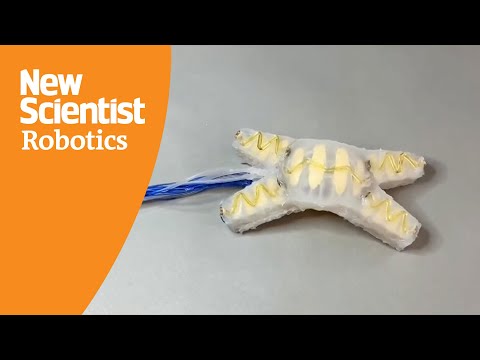 And while the material is tough, it is not indestructible, explains Professor Shepherd. Points for Deadpool.

“It has properties similar to human flesh,” Shepherd notes: “You don’t heal well from burns, or from things with acid or heat, because that will change the chemical properties. But when you cut them we can do a good job.

Shields Will Use Artificial Intelligence in the Future: The Next Step of Robots

Elastomer bonding with hydrogen bonds and disulfide exchanges They are called shields, o Self-repair light guide for dynamic detection. They are resistant to damage and can regenerate automatically without outside intervention.

Cornell’s Robot It’s not a humanoid, it’s just some kind of X-shaped body with wires attached to it. In the future, Shepherd and his colleagues hope to integrate Shields with machine learning algorithms to recognize touch events.

Thanks to artificial intelligence The robot will be “highly durable and with self-healing skin,” using it to “sense its surroundings and be able to do more tasks.”