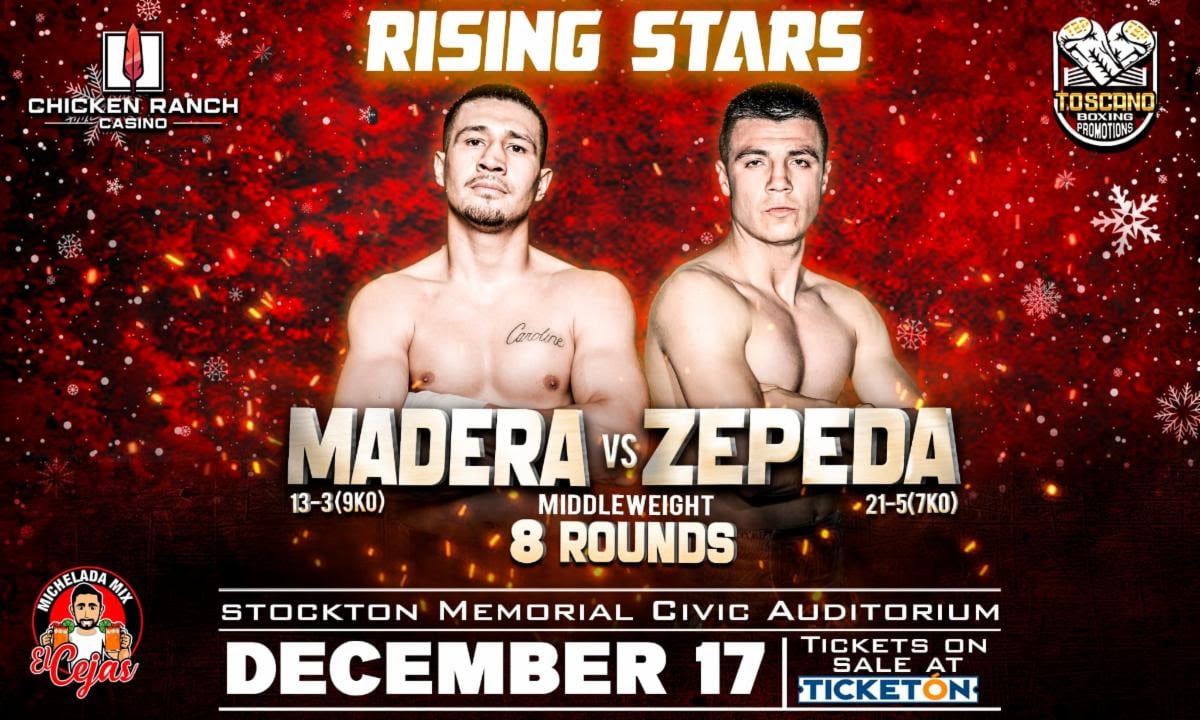 With less than two weeks until fight night, madera is entering the final stages of its preparation and has insisted on its plans to provide an all-out war against zepeda,

“So, I’m not saying I’m not going to use my intelligence and skills. But I’m hungry right now. I haven’t had many chances. I haven’t had many fights. So, I’m living this moment. Looking forward to it. I want to look great and show that my passivity won’t affect me. I’m just going to go out there and put on a show for the fans.”

In tonight’s co-star battle, manuel james (12-1-1, 10 KOs). Stockton, California will look to bounce back from his only loss in an eight-round fight against Ricardo Lopez Torres (16-5-3, 11 KOs) of Tijuana, Baja California, Mexico.

The following undercard fights are also scheduled to take place:

, Kenneth Lopez of Ceres, Calif. (6-0, 3 knockouts). will return in a four-round bout in the middleweight division against Brian Martinez (2-2, 1 KO) of Paso Robles, Calif.