Deforestation-neutral mining? Madagascar study shows it can be done, but it’s complicated 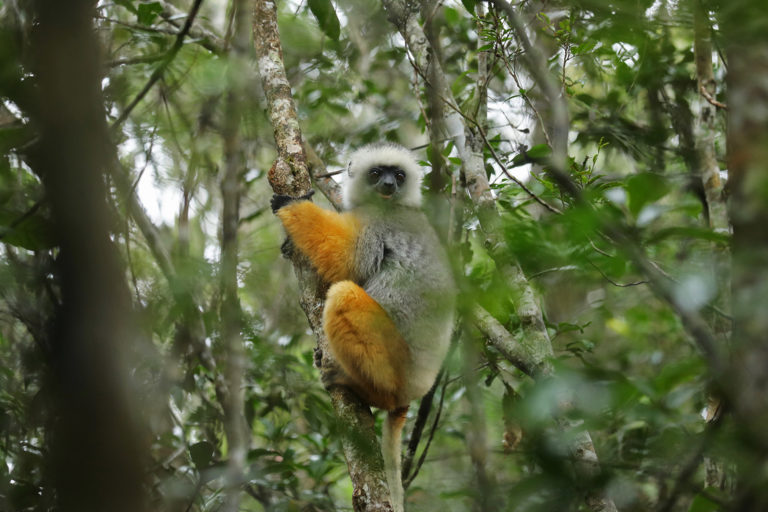 The Ambatovi nickel mine in a biodiversity-rich Madagascar rainforest is making up for forest lost due to its operation, a recent study found. Nature Sustainability concluded. Mine operators did this by reducing deforestation rates in nearby areas designated as “biodiversity offsets”.

There are at least 6,000 major mining projects that affect forests globally. Together, they affect a tenth of the world’s forests. Project developers establish biodiversity offsets for environmental destruction caused by their extraction operations, either voluntarily or as a condition of their license to operate. Today, about 12,000 such offsets exist, but there is little published research on how effective they are.

“These findings are extremely important,” said Joseph Bull, a conservation scientist at the University of Kent who was not involved in the study.

“Biodiversity offset and mitigation hierarchies more generally, have become one of the most influential global conservation approaches – globally – in recent years,” he said. “However, there is very little peer-reviewed empirical analysis of the consequences of biodiversity offsetting.”

Experts like Bull say the findings are strong, but warn against accepting them as the seal of approval for offsetting in general. If anything, “this is proof of how hard you have to work to make offsetting work,” said Sofus zu Ermagasen, an ecological economist at the University of Kent who was not involved in the study.

The tropical rainforests along the east coast of Madagascar are some of the most biodiverse areas on the planet. The mining site of Ambatovi is located at the southern end of a large rainforest block. In its vicinity are the Ankeniheni-Zhamena Forest Corridor, the Torotoroftsi Ramsar wetland, and the Mantadia National Park. About 10% of Madagascar’s known floral diversity is found in these forests alone, including an astonishing 250 orchid species. They are also home to 14 species of lemurs, the unique primates of Madagascar.

Ambatovi operates an open-pit mine near the central-eastern city of Moramanga. The mine connects via a 220-kilometre (136 mi) pipeline to processing facilities in the coastal town of Tamataw or Tomasina. Its current owners are Sumitomo Corporation of Japan and Korea Mine Rehabilitation and Mineral Resources Corp. The Malagasy government granted the company a 40-year environmental permit in 2006. The mine began operations in 2014 and is the largest foreign investment in the African island nation. It produces 60,000 metric tons of refined nickel and 5,600 metric tons of refined cobalt annually.

Ambatovi closed for a year during the COVID-19 pandemic and resumed operations in March 2021.

As the mine received funding from the World Bank’s International Finance Corporation (IFC), it also adheres to IFC’s performance standards, which promote the use of a mitigation hierarchy approach to managing environmental and social risks. It is a framework that prioritizes remedial actions over preventive ones. Companies should avoid negatively affecting the natural environment as far as possible. If they cause an impact, they must attempt to undo the damage. Having exhausted these possibilities, they must compensate for the inevitable, irreparable damage; Offsetting is one of these compensatory measures.

The IFC uses standards to evaluate investments, but does not completely disqualify companies that fail to meet them.

According to the company, Ambatowi’s mining operations will destroy 2,064 hectares (5,100 acres) of natural forest within its concession. Ambatovi produced four offsets, which cover an area of ​​about 28,740 hectares (about 71,000 acres). One of the offsets is within the mining concession. To the east of another concession is the Torotorfoti wetland. On the northern edge of a third mining site is a parcel of the Enkeniheny-Zhamena forest block. The fourth, Ankerana Offset, lies to the north within Ankeniheny-Zhamena.

Logging, slash-and-burn agriculture, and uncontrolled bushfires cause the most damage to the region’s rainforests. Madagascar overall suffers from high deforestation rates. The country lost 44% of its natural forest area between 1953 and 2014. Ambatovi partnered with and funded international NGOs and local groups to slow biodiversity loss in offset for habitat destruction at its mining site.

In the case of Ankerana, the mine does this in two ways: first, by prohibiting activities such as slash-and-burn agriculture, gold mining, and logging. The company and the NGOs that fund it employ villagers to patrol and sometimes call the local police to enforce the rules.

Second, the strategy involves making other economic activities more attractive, such as improving agriculture and livestock yields by providing farmers with seeds and fertilisers, better irrigation facilities and training.

The new paper took into account the rates of deforestation that existed before the offsets were established and developed a counterfactual, a model for what would have happened if the offsets were not present. This allowed the team, which included researchers from Bangor University and Rothamsted Research in the UK and the University of Montpellier in France, to estimate how much was left over from deforestation to offset biodiversity. The paper attributed these calculations to avoided deforestation for the mine’s conservation activities.

The analysis concluded that Embatowi had saved enough forests by the end of 2021 to claim no net forest loss. The greatest protective gains were seen of the four offset sites in Ankerana and the Conservation Area within the mining concession. The authors conducted several statistical tests to test the robustness of their findings, said Amrei von Hase, an expert in biodiversity offsetting. She served as the science lead for the Forest Trends Business and Biodiversity Offset Program (BBOP) for 10 years before leaving the Washington, DC-based nonprofit.

Ambatovi was a member of the BBOP, which brings together private companies, governments, conservation organizations and financial institutions. The program aims to help develop voluntary standards for offsets and promote best practices.

Von Hase, who now works with the Wildlife Conservation Society, said one of the concerns with offsetting is the spread of deforestation to nearby areas, known as seepage. The authors included this in their assessment by tracking deforestation within a 10-km (6.2-mile) radius of the offset and found no leakage.

One of the biggest drawbacks of the analysis is that it relies on forest cover as an “incomplete proxy” for biodiversity, the paper says; The authors did not consider the fate of individual species. Also, the gains recorded in the study do not indicate that there has been an increase in forest cover. They only show that deforestation was slow, which could have happened without offset.

The study suggested that for Ankerana, success in keeping the forests standing could be the result of limiting access to the forest.

Julia P., a conservation scientist at Bangor University. A previous study co-authored in 2017 by Jones, who is also a co-author of the new paper, examined residents’ perceptions of Ankerana Offset. Respondents said they believed they had suffered a “net cost” because of manufacturing the offset. Von Hase said, “For example, in Madagascar practiced by local communities aimed at offsetting slowing forest loss due to agriculture could mean that poor, marginalized people bear the greatest burden of increased forest protection.” pick up.”

Like other conservation measures, biodiversity offsets restrict people’s access to resources they have exploited over a long period of time, ideally providing more sustainable alternatives. Unlike communities displaced and affected by actual mining sites, those who lose access to resources due to biodiversity offsets are not considered “affected” under the International Finance Corporation’s widely used Performance Standard 6. Since the mine may be located far from the offset. , communities that are affected by offsetting may also not benefit from the presence of a mine, for example, through jobs or better transportation infrastructure.

Available evidence does not explain why there was no net loss of forests to Embatowi. The authors speculate that this may be because the offsetting strategy focuses on capturing measurable effects. In addition, large companies with large pockets can invest substantial funds to achieve this goal.

“One of the major concerns with offsetting elsewhere is that projects often receive insufficient resources and, as a result, are not implemented properly,” Bull said. “No matter how well designed offsets are on paper, they will never work if they are not properly resourced, monitored and implemented.”

It also remains to be seen whether Ambatovi’s profits will last, especially when the company ceases operations sometime between 2040 and 2050 and the owners move to Madagascar. What is encouraging, according to the paper’s authors, is that the Ankerana and Torotorophyti offsets are now part of Madagascar’s network of National Protected Areas, and other offsets from Embatowi may be included, ensuring long-term protection.

banner image: A diademed sifaka (Propithecus diadema) in the tropical rainforests of Madagascar. Image by Rhett A Butler.