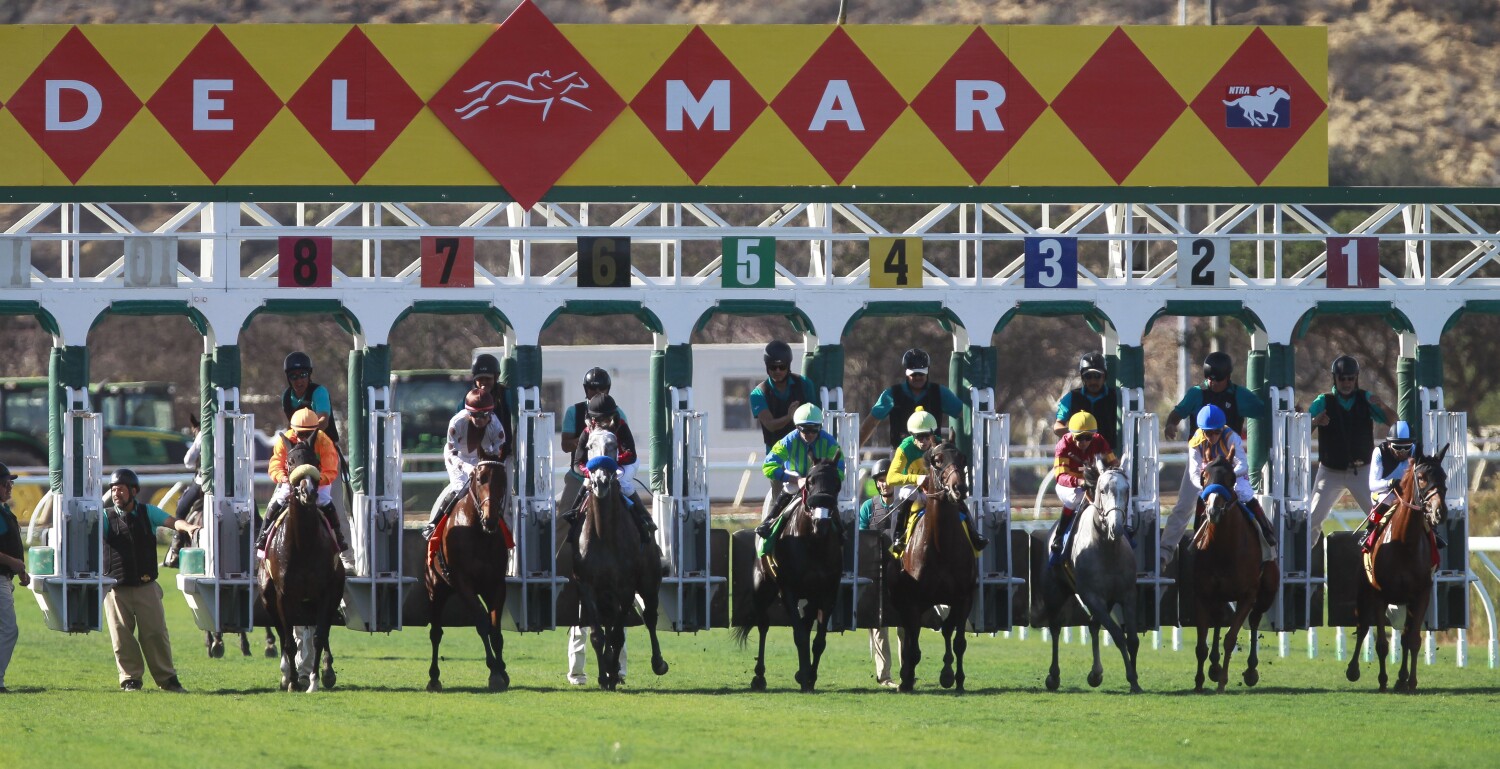 The irony was palpable when Josh Rubinstein, Del Mar’s chief operating officer, opened the Breeders’ Cup on health and safety protocols, revealing the death of a horse on Wednesday morning on the self-proclaimed safest largest circuit in America.

It was the fifth race or training fatal on the circuit this year, well below most major circuits.

Set the Tone, a 2-year-old filly, lost a rider during training, the bridle loosened and the saddle slipped underneath. When she tried to leave the walkway, she hit a pole on the fence, sustaining a wound and an irreparable injury to her shoulder. Veterinarians immediately contacted her and it was decided to put her to sleep. The filly, coached by Bob Hess, ran three times, finishing second twice. She has not competed in any Breeders’ Cup races.

“Yes, it is definitely difficult to start a safety briefing related to an unexpected incident,” Rubinstein said.

According to the Del Mar chief, the free horse happens “probably once a week” during regular competitions.

“It happens from time to time,” Rubinstein said. “We have the protocols that you saw [Wednesday]… There is a siren, there is a PR-announcement, we close the gate so that the horse cannot escape from the territory. “

This was at least the fourth hanging horse situation in Del Mar this week.

On Tuesday, leaving the track, the horse rushed to the front edge of the barn. Coach Peter Miller, wearing a hoodie and jeans, stood in the way, arms outstretched to slow the horse.

The horse stepped towards Miller, curled up around the corner of his barn, and in a few seconds was under control.

Breeders’ Cup officials said they had not been informed of the situation, so it was unclear if the horse was a competitor for the $ 28 million weekend. Rubinstein said his group was also unaware of the incident.

“It’s probably not the smartest thing in the world to try to stop a runaway train,” Miller said, pointing out that one of his horses escaped briefly without incident on Wednesday.

Before race five on Wednesday, Charge Cash ditched his rider and ran unattended in the rear section around the far corner and across the front stretch before being cornered as he dangerously approached a car parked near the finish line.

The Breeders’ Cup, which runs Friday and Saturday, brings together an army of veterinarians and safety experts at its annual event in the hopes that death will not happen in front of a national TV audience.

This has happened 14 times in 37 previous races, but few are as noticeable as in 2019, when the Mongolian Groom was fatally injured during the 2019 Santa Anita classic-style run. two meetings. The situation became a national story, and the track even closed for a month to try to figure out why this was happening. This triggered major sports safety reforms, most of which are ongoing.

The Breeders’ Cup commissioned a study on the death of a Mongolian groom by a renowned Kentucky veterinarian, Dr. Larry Bramlage, which found that death could have been prevented.

“Veterinarians made the right choice on 252 horses,” the report says. “This is 99.6% accuracy. The decision was wrong only for one horse: the Mongolian groom. “

As a result of the report, the Breeders’ Cup has slightly changed its way of doing business.

“One of the things that came out of this was the trot exam, which allowed us to learn [horses] said Dr. Will Farmer, co-head of the Breeders’ Cup veterinary team, in a confined space with a load on their back, rather than in droves while they train on a treadmill.

Farmer also said they use the same veterinarian to check each horse before the race.

The protocols have also changed from near-exclusive barn examinations to a split between barn and footprint examinations.

Following the fatal crisis in 2019, the California Horse Racing Council now requires a three-person commission to check a horse’s record before racing. For the Breeders’ Cup, it was increased to five.

Estilo Talentoso, who was supposed to participate in the mare and mare sprint, was scratched by the veterinarian council committee, according to Dr. Jeff Blee, CHRB horse breeding director and member of the committee.

The briefing on Wednesday also touched on the situation of coach Bob Buffert, who agreed to undergo extended screening after five positive drug results in about a year, including the winner of the Kentucky Derby Medina Sprite. Two of the positive results were the result of an infection that affected other sheds, and Buffert has not yet been charged with anything related to Medina Spirit. The three-year-old foal will be racing the Classic on Saturday.

The farmer confirmed that Buffert’s horses underwent an additional week of testing, but did not specify how many times and which horses.