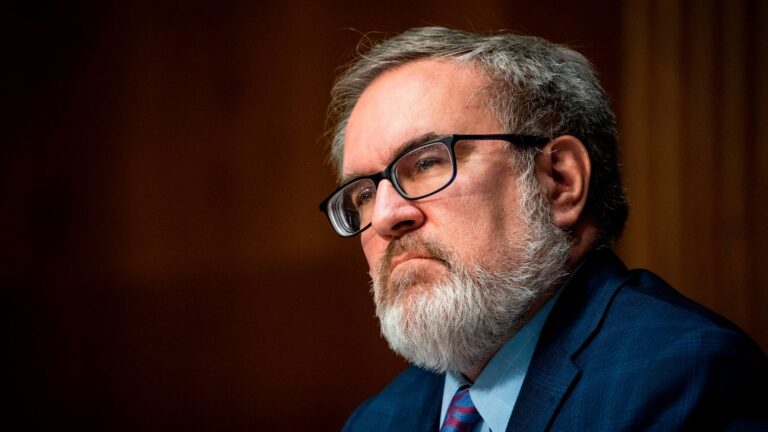 The Senate voted 21-19 along party lines Tuesday in support of an amendment that cut Wheeler’s name from a resolution approving Youngkin’s Cabinet appointments.

“Mr. Wheeler’s track record on the environment and energy indicates he will unravel the progress we have achieved to address climate change, mitigate the effects of sea level rise, and protect the natural beauty of our Commonwealth,” Virginia Senate Democratic Caucus Chair Mamie Locke and Senate Majority Leader Richard Saslaw said in a joint statement following the vote. “After hearing grave concerns from our communities, stakeholders, and organizations ― as well as Mr. Wheeler’s former colleagues at the EPA ― we cannot in good conscience confirm such an alarming choice.”

The fight over Wheeler’s nomination may not be over. After a final vote in the Senate later this week, the resolution will be taken up by the House, where Republicans hold a majority.

Tuesday’s vote is the latest in a contentious confirmation process. Scores of current and former EPA employees urged Virginia lawmakers to vote against Wheeler, citing his record of gutting environmental rules while at the helm of the federal agency.

Youngkin tapped Wheeler to serve as his secretary of natural resources in January and stood behind him in the face of mounting public pressure, maintaining he was “the most qualified person for this job.”

Youngkin’s office did not immediately respond to a HuffPost request for comment.