DeSantis requires Florida students to learn about ‘victims of communism’ 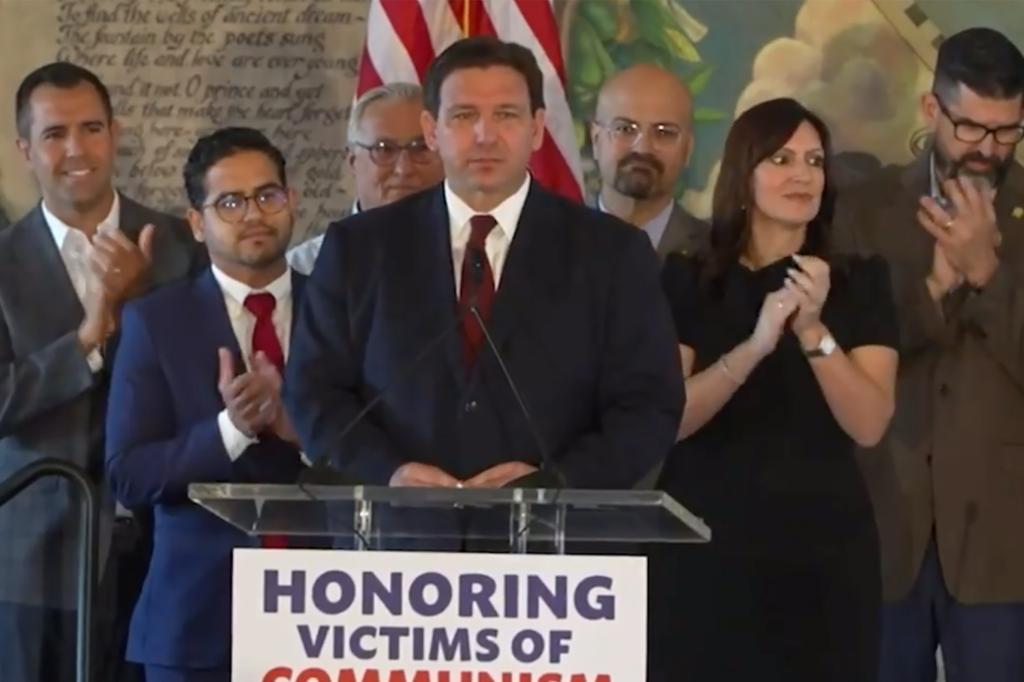 Beginning in the 2023-2024 academic year, high school students enrolled in US government courses will get at least 45 minutes of instruction each November 7 describing how “victims suffered under these regimes through poverty, starvation, migration, systemic lethal violence, and suppression of speech.”

DeSantis inked the law at the Freedom Tower in Miami, where 650,000 Cubans were processed after fleeing their homeland upon Fidel Castro’s seizure of power in 1959.

“I think this tower is a reminder that freedom is not free, that you have to fight for your rights and that there are a lot of people out there that would love nothing more than to put you under some form of oppression,” DeSantis said .

Read Also:  In Florida, there was an accident with Donald Trump and Bill O'Reilly

DeSantis said the new bill will seek to combat a “tremendous ignorance” among young Americans about the history of the ideology and its impact in various parts of the world.

The new law will also allocate $25 million to renovate the Freedom Tower and rename three roads for Cubans who resisted Castro.

The “Victims of Communism Day” bill was introduced by the incoming Florida Education Commissioner Manny Diaz, who will assume that role next month.

“It is our job that this tower stands, that the lessons stand for the next generation so that they understand the value of freedom and perils of communism,” Diaz said Monday.

Mardi Gras 2022: Does the house float? Yes. the parade? Perhaps.