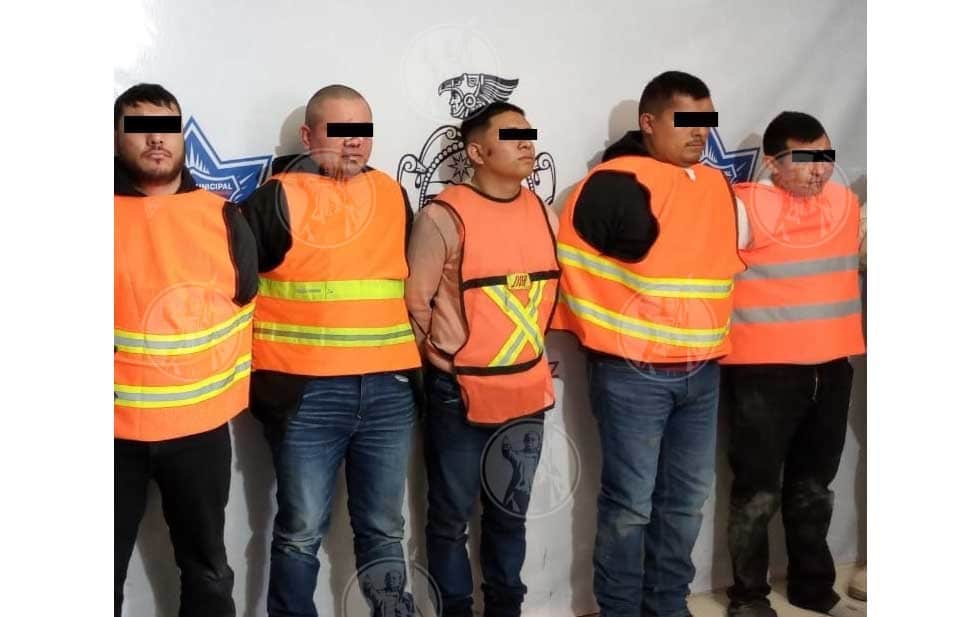 Juarez City.- Under tight security, this afternoon, five people detained by elements of the State Investigation Agency were transferred to the “Judicial City” for a custody control hearing, which is currently taking place in Criminal Chamber 1.

Five detainees are charged with the crime of attempted murder against elements of the Municipal Secretariat of Public Security (SSPM).

The defendants are: Pedro SR, 22 years old, Pedro Exiquio HG, 27, and Fernando RG, 33 years old, who are legally represented by Rosa Maria, who as a public ministry did not request confidentiality of their data before the judge. did. Did..

While Jose Manuel HF, 38, and Alejandro LS, 20, are represented by lawyer Norma Angelica, who did not request the confidentiality of their data.

Both attorneys told the judge that the hearing be private because they considered them and their clients to be at risk, however, the judge believed that neither justified their argument, so to follow the principle of maximum publicity, the hearing was public.

It is one of the first hearings to be held for the events that took place at the Social Reintegration Center (Cereso) 3 last Sunday and allowed the escape of 30 prisoners, the killing of 17 guards and inmates, as well as the wounding of 13.

Due to the situation prevailing in the prison, the Superior Court of State Justice (TSJE) suspended its activities last Monday and resumed this Tuesday.

The judge’s decision is yet to come.