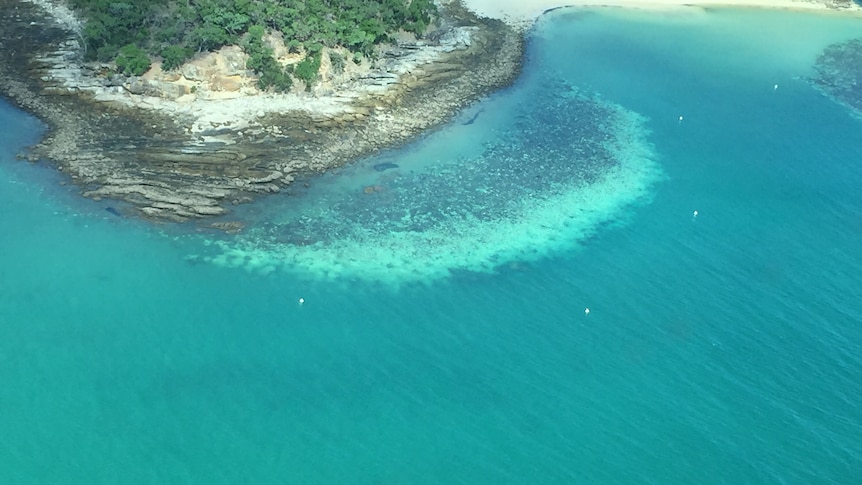 More than 90 per cent of coral reefs surveyed on the Great Barrier Reef suffered some form of bleaching this summer, according to a new report.

It is the fourth mass bleaching event in seven years on the reef and the first to occur under La Nia conditions.

The report says a total of 719 reefs between the Torres Strait and the Capricorn Bunker Group, east of Gladstone, in the Great Barrier Reef Marine Park, were surveyed from the air.

Ninety-one per cent of the reefs exhibited some bleaching.

“Bleaching is a stress response but bleached coral is still alive and under the right conditions it can recover and continue to live,” he said.

Dr Wachenfeld said the 2016/17 bleaching event had a high mortality rate, while the bleaching that occurred in 2020 did not kill as much coral.

“The early signs are the mortality won’t be very high so we are hoping that we will see most of the coral that is bleached recover, and we will end up with an event rather more like 2020 where yes there was mass bleaching but there was low mortality.”

The report said bleaching was mostly seen in the northern and central regions of the reef and was more variable in the southern region reflecting the boundary of lower heat stress exposure.

“This was a La Niña year, normally characterized by more cloud cover and rain. It should have been a welcome reprieve for our reef to help it recover,” she said.

She called for both major parties to increase their 2030 emissions reductions targets in response to this latest mass bleaching event.

When it comes to spreading disinformation online, Russia has a massive bot army on its side