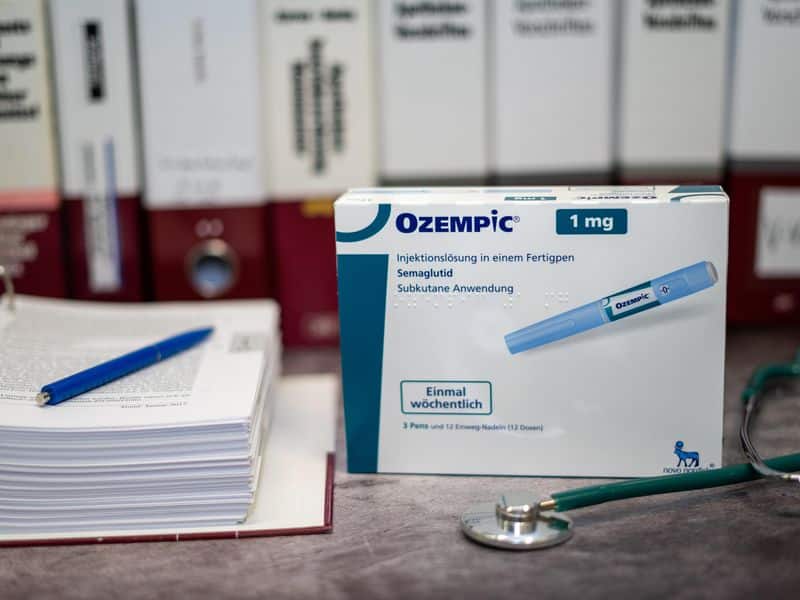 Elon Musk is a fan of the weight-loss drug Vigovi, and Kim Kardashian is rumored to have used it to lose 16 pounds (7 kg) in three weeks to fit a vintage dress Marilyn Monroe once wore. Can fit in

But intense public demand for Vegovy has led to a shortage of a diabetes version of the injectable drug called Ozempic. This represents a real problem for patients with blood sugar disease.

Semaglutide (Ozempic), made by Novo Nordisk, has been on the market since 2017 to help manage type 2 diabetes. But in June 2021, the US Food and Drug Administration (FDA) approved semaglutide for weight loss under the brand name Vegovy. ,

Experts say that since Vegovy entered the market, Novo Nordisk has struggled to keep up with demand.

Unfortunately, people who want to lose weight and can’t find Vegovy are asking doctors to prescribe Ozempic off-label, reducing the supply of a drug critical to treating diabetes.

“We’ve heard reports that people are actually having trouble filling their prescriptions,” said Dr. Robert Gabbe, director of science and medicine for the American Diabetes Association. “I still see patients at the Joslin Diabetes Center, and I can tell you that some of my patients have told me they had to go to several pharmacies to find it. It’s been a problem.”

But in early trials, the drug also showed potential as a weight loss drug.

There is also some evidence that the drug acts in the brain and reduces appetite, Gabbe and Apovian commented.

“Vegovy has been shown to promote weight loss by 15 to 20 percent, so it’s quite significant,” Apovian said. “They thought it made quite a stir because, until recently, it was the most effective drug for weight loss.”

Now both Wegovy and Ozempic are listed on the FDA’s drug shortage website.

Gabbe said there are many other drugs in the same class that diabetics can use, but it’s not that easy to switch.

“Since it is a long-acting drug, it is taken once a week to increase the levels of … in the body. To be effective, you have to take it for some time. If you switch If so, you’ll have to start over.” Gabbe said. “It can take two to three months to get back to where you were, a point where a lot of time and effectiveness is lost.”

The main side effects of the drug are nausea and vomiting, especially after the patient has eaten too much, noted Gabbe and Apovian.

Experts recommend that people start both Vegovi and Ozempic at low doses, which are increased gradually, to avoid this side effect.

For weight loss or obesity, patients are given semaglutide injections once a month.

Apovian said Novo Nordisk has promised that its supply problems will be resolved by January, and that all doses of Vegovy will be available in pharmacies across the United States.

Novo Nordisk said in a statement that 1 and 2 milligram (mg) doses of Ozempic should be available, but intermittent supply disruptions have affected the availability of the 0.25 mg and 0.5 mg Ozempic “auto-injectors.”

The shortfall is due to “a combination of incredible demand coupled with global supply problems,” the statement said. “While manufacturing and distribution of the product continues, patients in some areas of the country will experience delays in those doses.”

Gabbe added that “there have been some reports that things are getting better, but I think we’re not there yet. We’re monitoring the situation, and hopefully people will have better access to this drug than others.” Will be.”

The dose of semaglutide needed to treat obesity is higher than for diabetes, Apovian noted: 2.4 mg for Vegovi, versus a maximum of 2 mg for Ozempic.

Insurers generally cover Ozempic as a diabetes drug, Apovian said, but Medicaid, Medicare and many private insurers do not cover obesity drugs.

“For obesity, about 30 percent of patients with private insurance get coverage now,” he said.

Others pay out of pocket for the drug. According to Novo Nordisk’s website, Wegovi lists for $1,349 for a one-month supply, while Ozempic can cost around $900 per month.

The US Food and Drug Administration (FDA) has more information about the deficiencies of Wegovy and Ozempic.

Article by HealthDay, translated by HelloDoctor.com