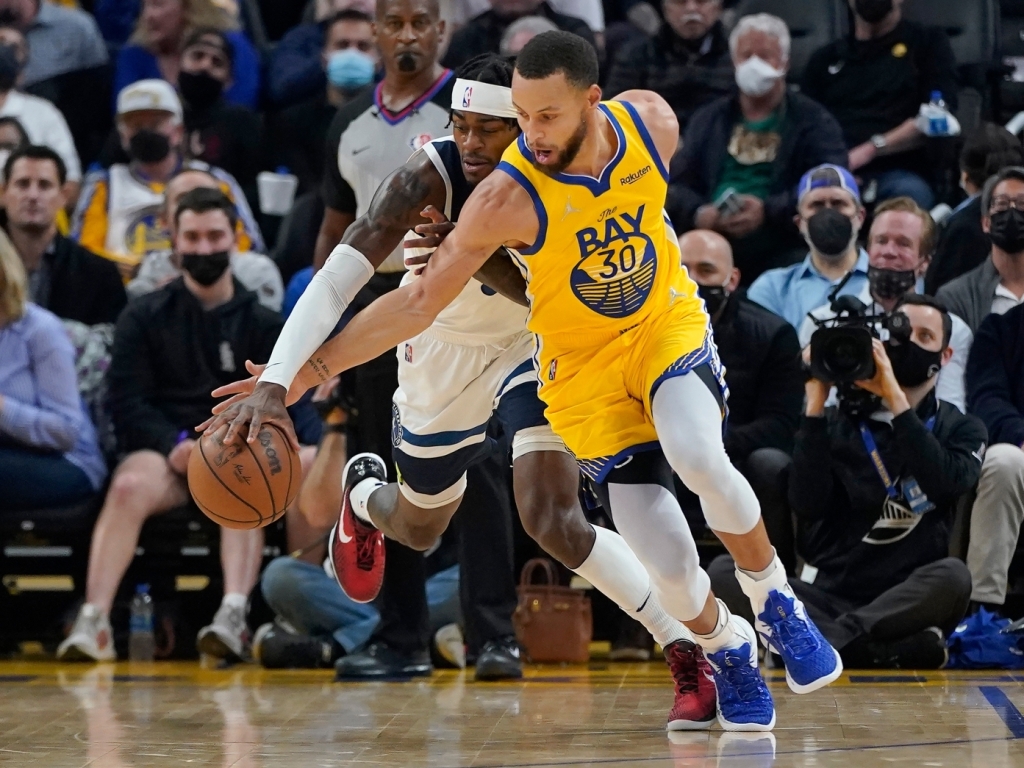 If you don’t mind NBA TV – as most do – Thursday’s trip to San Francisco to face Golden State was the Timberwolves’ only originally scheduled national televised event this season. Last month, a home game against the Lakers was added to the ESPN programming.

It’s fair to expect Minnesota to show up more often in the future because, as the Wolves proved on Thursday — even in a 124-115 loss — they’re fun.

Karl-Anthony Towns dominated, Anthony Edwards made a dash in the fourth quarter to make the game more interesting, and 6’9″ Jarred Vanderbilt chased Steph Curry at various points in the game. Much of the TNT broadcast, which featured former Wolves voice Kevin Harlan, was devoted to discussing the revived Wolves with their youthful core and renewed commitment to defense.

It was like a Timberwolves game that made a difference in the national arena. There have been few of these in recent years. But Minnesota has earned attention this season as a .500 team that has settled into the middle of the Western Conference playoff picture.

It was the first game in an unpleasant string of three consecutive games against the three major powers of the West. Minnesota travels to Phoenix to take on the defending conference champion Suns on Friday before hosting the Jazz on Sunday.

For one half, the Wolves looked like the best team. Despite Golden State’s hot shooting, Minnesota led with four at halftime thanks to Towns’ dominance against Golden State’s lone coverage. Towns finished with 31 points and 13 rebounds.

In the third quarter, the Warriors (36-13) hit the gas pedal. They scored 38 points thanks to 7-of-9 shots on three points, giving them a 14-point lead. Wolves defenseman D’Angelo Russell left early in the third quarter with a bruised shin after missing a couple of shots.

Read Also:  A 5 a.m. phone call, a cross-country flight, and a baseball game: How Kyle Braddish's Orioles debut to his parents

In the game, Golden State had a brilliant 21 out of 36 from deep. Curry had 29 points, Klay Thompson had 23 and newly named All-Star Andrew Wiggins had 19.

Minnesota choked out Golden State less than two weeks ago at the Target Center. But Curry wasn’t in that game, and as Timberwolves coach Chris Finch noted ahead of Thursday’s game, the presence of a quarterback from around the world creates a ripple effect.

Minnesota (24-24) mini-pushed in the fourth to threaten Golden State – Edwards scored 19 points in the final frame – but never got over the hump. However, the Wolves entertained Thursday, as they did most nights this season.

That’s why they can expect to see themselves on stages like this more often in the near future.

“I hope people get a glimpse of this team,” said TNT analyst Reggie Miller. “Because I think they’ll be interesting in the playoffs.”

Uniting in death, Eastway blast victims stood out in all life. CBC News

America made big disclosure about China on LAC, India needs to be careful!