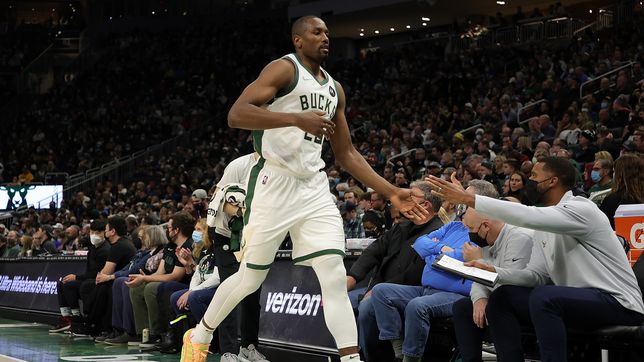 The days of Serge Ibaka’s platform with the Milwaukee Bucks are numbered. As reported by Shams Charania (athletic, The power forward (33 years old and 2.08 m) and the Wisconsin franchise have reached an agreement to find a new team for the playerJoe stayed away from the team for some time: he did not accompany, for example, the team in the last five-day tour (from January 9 to January 14) with four games for the Eastern Conference.

The Milwaukee Bucks and center Serge Ibaka have mutually agreed to find the 14-year NBA veteran a new home through a trade once he is away from the team, sources said. @theathletic @stadium,

The Spanish-Congolese arrived in Milwaukee from the Los Angeles Clippers in a four-way deal in February 2022 and renewed for another season this summer for $2.1 million. His importance to the team has decreased as the games have passed, and he has played 19 of a possible 26 regular season games in his first year, making only 15 of 45 appearances this year. Furthermore, he has attended only two since November 21: the Utah Jazz on December 17 and the Washington Wizards on January 1.

Overall, he averaged 5.7 points, 4.1 rebounds and 0.4 blocks in only 15 minutes on the court, his lowest averages ever in an NBA career that began in 2009 at Oklahoma, ranking the Wisconsin franchise fifth. From the Thunder, Ibaka reached the Orlando Magic before joining some Toronto Raptors in which he teamed up with Marc Gasol to earn his only champion ring, The Los Angeles Clippers was his final stage before joining the Bucks.

One of the reasons for his departure from the team appears to be his relationship with Mike Budenholzer. in a statement to giants And this sports world, Ibaka hinted that he doesn’t have a good rapport with his coach.

Q: The ‘coach’ has spoken a lot about you in a press conference, he asks what role do you play both on the court and in the dressing room?