‘Do not need certificate from others’: MEA hits out at Hamid Ansari, US lawmakers 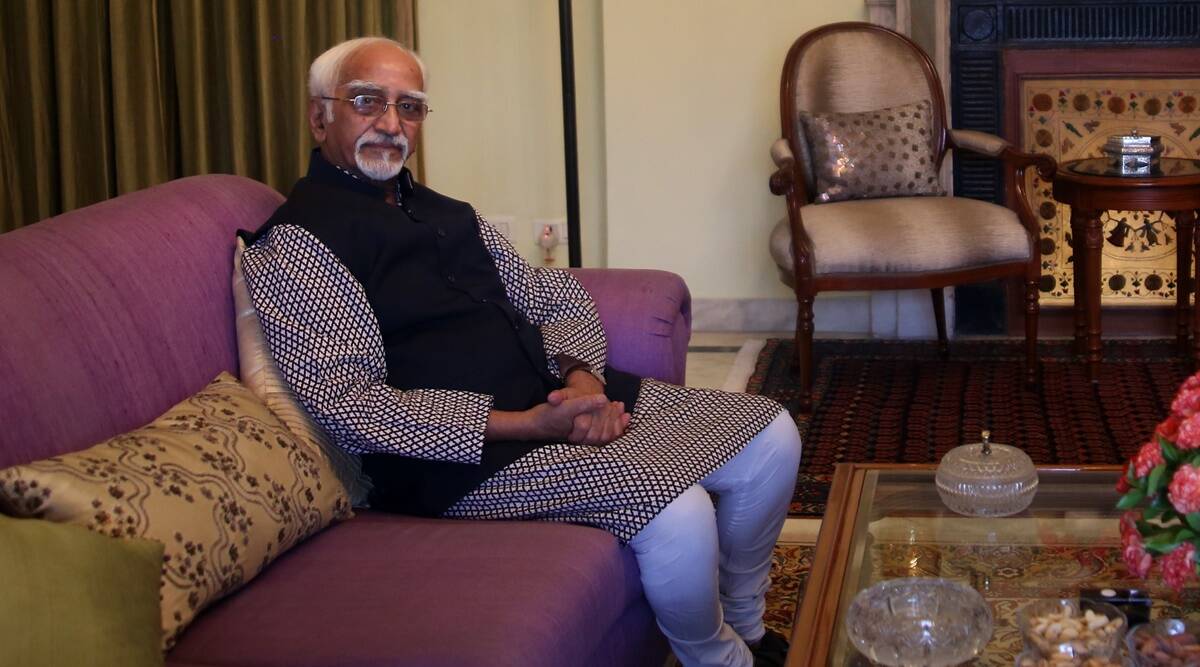 It also targeted Ansari, a former Indian diplomat, and said the track record of the event organizers is as well-known as the “biases and political interests of the participants”.

Ansari and the four US lawmakers had made the comments at a virtual panel discussion organized by the Indian American Muslim Council Wednesday.

MEA spokesperson Arindam Bagchi Friday said, “We have seen reports on the issue. India is a robust and vibrant democracy. It does not require certification from others. The claim that others need to protect our Constitution is presumptuous and preposterous. The track record of the event organizers is as well-known as the biases and political interests of the participants.”

Participating in the panel discussion from India, Ansari had expressed his concern over the rising trend of Hindu nationalism.

“In the recent years, we have experienced the emergence of trends and practices that dispute the well-established principle of civic nationalism and interpose a new and imaginary practice of cultural nationalism…It wants to distinguish citizens on the basis of their faith, give vent to intolerance, insinuate otherness and promote disquiet and insecurity,” he had said.

“As the Indian government continues to target the practices of minority faiths, it creates an atmosphere where discrimination and violence can take root. In recent years, we have seen an uptick in online hate speeches and acts of hate, including vandalised mosques, torched churches and communal violence,” Democratic Senator Ed Markey had said.

The three other Congressmen who spoke during the panel discussion were Jim McGovern, Andy Levin and Jamie Raskin.

Explained: Why did Gotabaya Rajapaksa choose to flee to the Maldives?

Explanation: Lockheed Martin delivers a pod-sized laser energy weapon to the USAF; What is it?

Explained: President of Sri Lanka, PM missing but not yet resigned; what happens now?

Revealed: How Uber took the systems for a ride, used its technology to get past the law

India supports the people of Sri Lanka and has extended support of over US$3.8 billion this year: MEA

Once suicidal and depressed, Kyrgios has transformed and now wants to win Grand Slams

Explained: Why did Sri Lanka’s economy collapse and what’s next for the island nation?

Wisdom of Well-Being: How Abhinav Bindra Created His Own Tool to Map His Inner Balance

Chorus At Delhi March Of Hindu Groups: India Will Run By Constitution, Not Sharia

Explained: What is Derecho, a Hurricane That Turned the Skies Green in America?