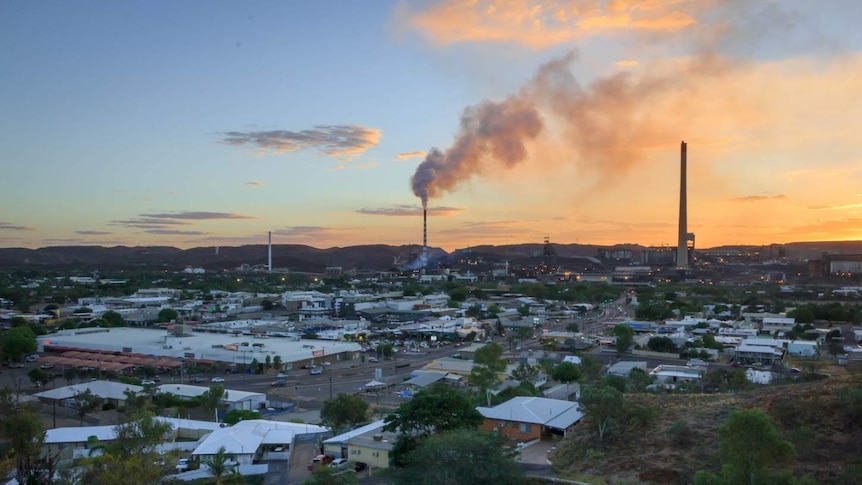 The top 10 most postcodes in Australia have been named by the national environmental organisation, the Australian Conservation Foundation.

‘Not a perfect database’

Australian Conservation Foundation economy and democracy program manager Matt Rose said the data it based its conclusions on was “not perfect” as it only counted pollution emitted from industrial activities and not vehicle emissions in major cities.

“The database is incomplete because traffic volumes and traffic pollution is not included,” Mr Rose said.

“Traffic pollution is definitely more of an issue but I don’t think you can discount the fact that these industrial facilities are producing certain types of pollutants that you don’t have from traffic pollution and people need to be aware of that.”

The top 10 most towns in Australia

The most city in Australia for 2022, according to the foundation’s analysis, was the north-west Queensland city of Mount Isa.

Home to about 20,000 people, the mining city is central to several copper, zinc, lead and silver operations across the region.

There were 17 facilities in the postcode that reported pollutants of concern with Mount Isa Mines, operated by Glencore, responsible for 91 per cent of the postcode’s emissions, according to the foundation’s analysis.

Mount Isa Mines is Australia’s biggest polluter of SO2, the foundation found.

A Mount Isa Lead Alliance program is run in the community, recognizing the dangers of “living with lead”.

One Mount Isa mum, who did not want to be named, told the ABC she was planning to leave the city because of the pollution.

“I don’t like that the sulphur goes over the schools and when you do call the mine they don’t shut it off,” she alleged.

“We are leaving because of it.”

Resident Noel Rayner said it was a concerning part of living in the community, but not enough to turn him away.

“It does concern me but Mount Isa is a mining town, it’s based on a mining industry, yes there is pollution, but you’ve just got to hope that the authorities are monitoring it and I know there are monitoring stations around town.”

“I immediately question the validity of these statements and my mind turns to massive new housing estates that I go past in Brisbane that are pumping more people into an already concentrated area, all of whom have vehicle emissions,” Mr Katter said.

“Im a lot more concerned about what I’m breathing in when I go to Brisbane than I am when I’m out here in Mount Isa, amongst the kangaroos and the birds and I only live a few kilometers from the mine.”

The Christmas Creek iron ore mine, operated by the Fortescue Metals Group, is the top polluting facility in Newman, Western Australia, the foundation’s analysis found.

It is responsible for about 23 per cent of the postcode’s emissions, according to the foundation.

Fine and coarse particle pollution from the Christmas Creek mine has been steadily increasing over the last four reporting periods, the analysis found.

Muswellbrook is a hub for Hunter Valley coal mining, known for long coal trains rumbling through the center of town.

It is the base for AGL’s Bayswater coal-fired power station, which emitted 33.2 million kg of NOx, 46.2 million kg of SO2 and 108.4 kg of mercury in the last reporting period, the foundation’s analysis found.

An iron ore mining center with a population of about 3,000, the town is home to 16 facilities reporting pollutants of concern, the foundation said.

The analysis found that coarse particle pollution was the biggest problem which the foundation said could be mitigated by appropriate and progressive rehabilitation of mined land.

Traralgon, in Victoria’s Latrobe Valley, is central to AGL’s Loy Yang coal-fired power station – the second biggest polluting facility in Australia for SO2 and third highest for NOx.

Exposure to NOx can irritate eyes and lead to coughing, shortness of breath, tiredness and nausea, the foundation said.

High exposure can cause a build-up of fluid in the lungs and even death.

A major industrial center on the central Queensland coast, Gladstone is home to a coal-fired power station in the suburbs of town, the foundation said.

The analysis found fine particle pollution (PM2.5), which was drawn down deep into the lungs and could cause asthma, stroke and heart attacks, had increased every year over past four reporting periods.

The small town of Stanwell is host to a power station that accounts for 74 per cent of the postcode’s emissions, the foundation’s analysis showed.

A comparison with another coal-fired power station, the Bayswater power station in Muswellbrook, found Stanwell had a much higher NOx emission intensity for the power it produced.

The Muja Power Station at Collie, WA, is responsible for 34 per cent of the postcode’s emissions, the foundation found.

Home to the Tarong coal-fired power station and Meandu Mine, the power station is responsible for 80 per cent of the postcode’s emissions, the foundation found.

Known for silver, mercury, lead and gold mines, there were 18 facilities in the Kalgoorlie postcode reporting pollutants of concern.

RCMP officer worried, if photo of NS killer’s car is released, the result will be ‘extreme panic’

They remove 6,000 bees from the wall of a house in Nebraska