Does Australia have enough vets to cope with a foot-and-mouth disease outbreak? 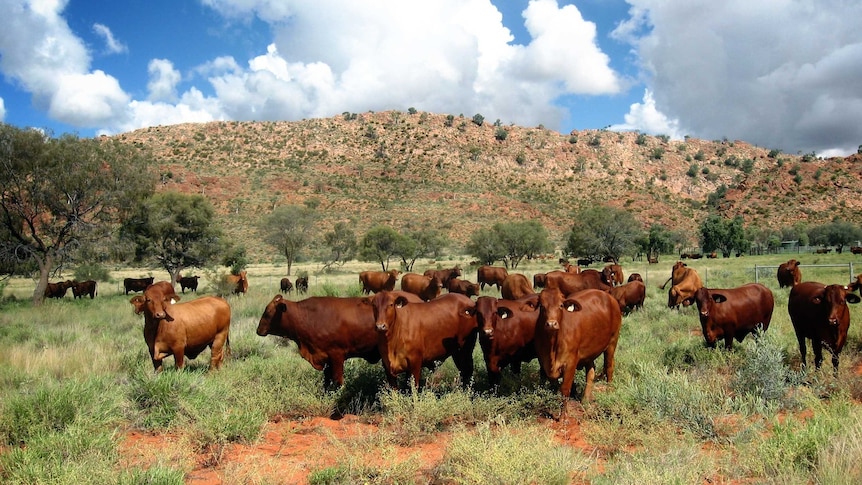 Australia’s shortage of veterinarians in rural and regional areas could put national biosecurity at risk as livestock diseases such as lumpy skin disease and foot-and-mouth disease inch closer, an industry spokesperson says.

Australia’s livestock sector has been on high alert since Friday, when Indonesia announced the detection of more than 1,000 cases of foot-and-mouth disease (FMD) in cattle.

The highly contagious disease, which is not yet present in Australia, is believed to have spread from Malaysia and marks the first FMD incursion in Indonesia since 1986.

“We would be very worried if there was a FMD outbreak coming into Australia, that we would not have sufficient vet capacity rurally to be able to play our role in the biosecurity response,” Dr Secombe said.

“At the moment, we know vets are struggling to keep up with day-to-day work.”

Dr Secombe said pre-emptive control measures were excluded to ensure the disease was excluded from entering the country.

“It’s a really important issue. If FMD did come to Australia than it’s all-hands-on-deck to make sure that we deal with the disease outbreak so the community is safe,” she said.

“I think we need to scenario plan. It may require some mobilization of veterinarians from other countries to assist.”

Dr Secombe said the struggle to retain rural veterinarians was not isolated to Australia, but was being mirrored globally.

Locally, she said the industry has been struggling to retain veterinarians in rural and regional areas for decades, which has lead to the closure of a number of services.

“It’s a huge issue that’s not just in Australia but globally.

“It’s been recognized for a period of time that this isn’t sustainable and we are now seeing the effects of it as people are closing their vet businesses.

“So what this means is that [that] animal won’t be getting the care that they need and it puts Australia’s biosecurity at risk.”

One of the main drivers of the poor retention of skilled vets in the industry was renumeration, as many vets work for free to keep expenses down for the community.

“Firstly, vets do a lot of work that is pro bono. For example, preparing for disease-risk incursion such as lumpy skin disease or doing the surveillance for biosecurity in rural and regional areas.

“Secondly, is providing first aid for animals that are unowned, so wildlife that are owned by the state.

“So you have highly skilled people who are not being renumerated as they should for their level of skill and expertise.”

What if FMD reaches Australia?

“An estimate was done in 2013 that if we had a large-scale outbreak it would be a $50-billion cost to those industries because we would lose all of our export markets,” Dr Schipps said.

“It has very significant trade consequences as well as for animal health and welfare.”

Mr Schipps said that in the event of an outbreak, Australia would likely need to rely on help from other industries and departments.

On Monday, the Australian government offered Indonesia financial support to secure a vaccine to contain an outbreak of FMD.

Mr Schipps said Australia has a vaccine bank held in the UK and could call upon other countries for their vaccines as well.

“We share our vaccines with like-minded countries, like Canada, UK, US, New Zealand. We can call upon their vaccines as well.”

With both lumpy skin disease and foot-and-mouth disease getting closer to Australia, Mr Schipps said he was feeling anxious.

,[I’m] hoping that we are able to keep the risk offshore for the longest time possible,” he said.

FMD can spread through close contact between animals, and be carried on animal products or short distances by the wind.

Anyone keeping or working with cattle, sheep, goats or pigs should be aware of the signs of FMD: blisters on the mouth and drooling or limping animals.

If livestock exhibit any unusual signs, people are urged to call their veterinarian or Australia’s Emergency Animal Disease Watch Hotline on 1800 675 888.

Get the latest rural news

Read Also:  Screams of Marginal Groups in the Midst of the COVID-19 Pandemic

Olympian displays sign calling for ‘No War in Ukraine’

Economic impact of US sanctions on Russia in Louisiana

From Maruti’s Alto to luxury XL6 and Ciaz, the price of cars here starts from 25 thousand; See for yourself