Does Greek Watergate call into question the legitimacy of the 2023 elections? 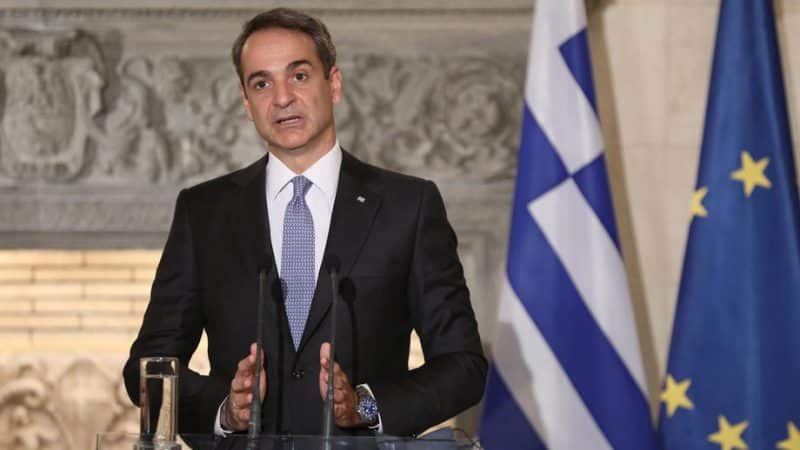 Athens/Brussels (EA.com) / (EuroIFE). – The spying scandal on politicians, journalists and businessmen in Greece is a stain on Hellenic democracy that grows stronger every week, said Pavol Szalai, EU and Balkan head of the Office of Reporters Without Borders (RSF), who called on the Greek authorities to act at once. and urged Europe to intervene.

«The espionage scandal is a stain on Greek democracy that grows stronger every week. And it will continue to grow until the Greek government and justice assume their responsibilities,” Szalai stressed.

The politician said that all of Europe sees this, and only the Greek authorities practice the ostrich strategy.

“But if the rule of law fails in Greece, we all fail. That’s why we expect forceful action from the European institutions as well.”

“Greek Watergate” has shocked the Greek political sphere since it broke last summer, when it was revealed that journalists, officials and members of the opposition were being subjected to surveillance, wiretapping and tapping on their mobile phones. it was done.

Greek Prime Minister Kyriakos Mitsotakis claimed to be unaware of such practices, despite having enacted a law allowing direct supervision of the intelligence services.

However, his chief of staff and nephew, Grigoris Dimitriadis and head of the secret services, resigned following the revelations.

But despite this, the matter remains unclear, as the government refuses to reveal the reasons for the surveillance carried out by the secret services, citing issues of “national security”.

Left-wing newspaper Documento publishes a weekly list of people under surveillance, most recently implicating the head of the Greek army.

However, the newspapers To Vima and Ta Neia have reported that secret agents were using Predator software in a public building in Athens, although the government says it has not bought it.

“The game of hide-and-seek with democratic institutions is coming to an end,” Tsipras said.

Politicians who intervened, mostly from the ruling party, didn’t speak up either. The newspaper Documento reported that he was blackmailed because personal data had been collected during the period in which he was spied on.

One of the victims was former Prime Minister Antonis Samaras, who also belongs to the ruling New Democracy party. In a speech on Wednesday, he urged the government to stop hiding behind the argument of “secrecy”.

“I don’t want to think that the government tapped telephone conversations. That would be unimaginable. If true it would certainly be an undemocratic aberration.”

“And for this, clear and complete answers must be given without any ulterior motive, without giving the impression that ‘secrecy’ is a convenient excuse,” he said.

“cosmetic improvements”, according to RSF

After great pressure from public opinion, the government prepared a legislative proposal to better protect citizens against surveillance by the secret services. The legislation, which is to be debated in Parliament this Thursday, has been rejected by opposition parties.

To RSF, the bill offers only “largely cosmetic improvements” that fall far short of the recommendations the organization made last month.

Hastily and haphazardly drafted, this Bill has major flaws. We regret that the Mitsotakis government does not realize the extent to which press freedom in Greece has deteriorated, RSF said in a statement.

“The government has learned some lessons since the warning it received seven months ago (when Greece was ranked very low) in RSF’s press freedom index,” the statement said. 2022, the worst ranking for an EU member in terms of press freedom.

At EU level, the European Commission has remained silent on the matter, and Renew Europe MEP Giorgos Kirtsos of the European People’s Party (EPP) is offering a safeguard to the Mitsotakis government.

All political groups in the European Parliament have condemned the scandal, except for the centre-right EPP, which includes New Democracy.

The Socialist Group (S&D) has been more powerful and has called for early elections in Greece.

“What is clear to the European progressive family is that Greece needs political change,” Ertex Garcia, leader of the Socialists and Democrats in the European Parliament, told EURACTIV-Brussels in late August.

In an interview with the German press, Dutch MEP Sophie in ‘t Veld (Renewal of Europe) assured that the Greek scandal could turn into “something bigger” than “Watergate” in the United States.

On the eve of crucial national elections scheduled for 2023, some analysts believe the political climate in Greece has soured, even if the spying scandal is not cleared up first. Will be able to hold elections.

A report by the European Parliament’s PEGA commission confirms that it is urgent to clarify the position, “so that the legitimacy of the 2023 elections is not doubted.”

New Democracy continues to lead in the polls, but there is little chance that it will form a single government after the election. Meanwhile, polls show that Greek youth overwhelmingly support the opposition Syriza.