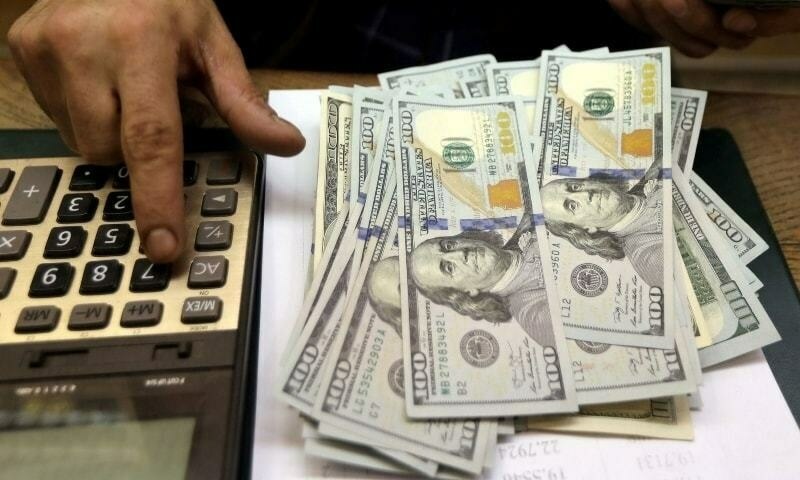 The US dollar on Thursday broke another record high as it rose above Rs 207 in morning trade on concerns of depleting forex reserves and ambiguity regarding Pakistan’s deal with the International Monetary Fund (IMF).

Today the dollar was trading at Rs 208.5 in the open market.

Asad Rizvi, former treasury chief at Chase Manhattan Bank, highlighted the sharp fall in the country’s forex reserves as the main factor putting pressure on the rupee. “The urgency is to get a home according to the IMF.”

During the week ended June 3, the State Bank of Pakistan’s liquid forex reserves declined by $497 million to $9.2 billion.

He highlighted that the government’s measures to raise the prices of petrol, electricity and gas were not enough. “It will have to take more stringent measures in terms of eliminating subsidies, bridging the deficit and imposing additional taxes.”

Rizvi further said that minor issues like 9 per cent tax to GDP ratio, 79 per cent GOP holdings and 53 per cent advance deposit ratio need to be resolved so that the economy can get back on the path of stability.

On the other hand, Tresmark’s Head of Research Komal Mansoor said that the market will remain worried till the IMF deal ends. “It will also unlock other multilateral flows.”

“It looks like the rupee may slide below the Rs 210 level as many exporters are now looking forward to look ahead,” he predicted.

Meanwhile, on Wednesday, the government hiked fuel prices by up to 29 per cent, removing fuel subsidies in an effort to narrow the fiscal deficit and garner significant support from the IMF. The program wants Pakistan to take strict measures to control its fiscal deficit in the event of a balance of payments crisis.

At last night’s press conference, Finance Minister Mifta Ismail said the price hike was inevitable “to save the country from default”. He regretted that the decision had become inevitable due to the previous government’s “unfair decision” to stabilize prices for months.

Ismail pointed out that global crude oil prices were hovering around $85-90 a barrel when the previous government decided to withdraw from the deal with the IMF by removing taxes and lowering prices. This was despite the fact that it had committed in writing to levy a petroleum development levy of Rs 30 per liter and a 17 pc sales tax on the full price, i.e. around Rs 64 per liter of tax.

Now international prices have crossed $120 a barrel and edible oil prices have also jumped by 300-400 pcs. The minister said that the government is facing a monthly loss of Rs 120 billion due to the loss of petroleum gap, while the monthly expenditure of running the entire civilian government is Rs 42 billion. “I have not seen such devastation in the economy in the last 30 years.”

He said the previous government had neither signed contracts when oil and gas prices were at $6 nor created a buffer for difficult times.

In her memoir, Katie Couric writes about Lauer’s feelings of betrayal.

IND vs ENG: After the defeat, Kohli on the back foot, said – we need to improve these things