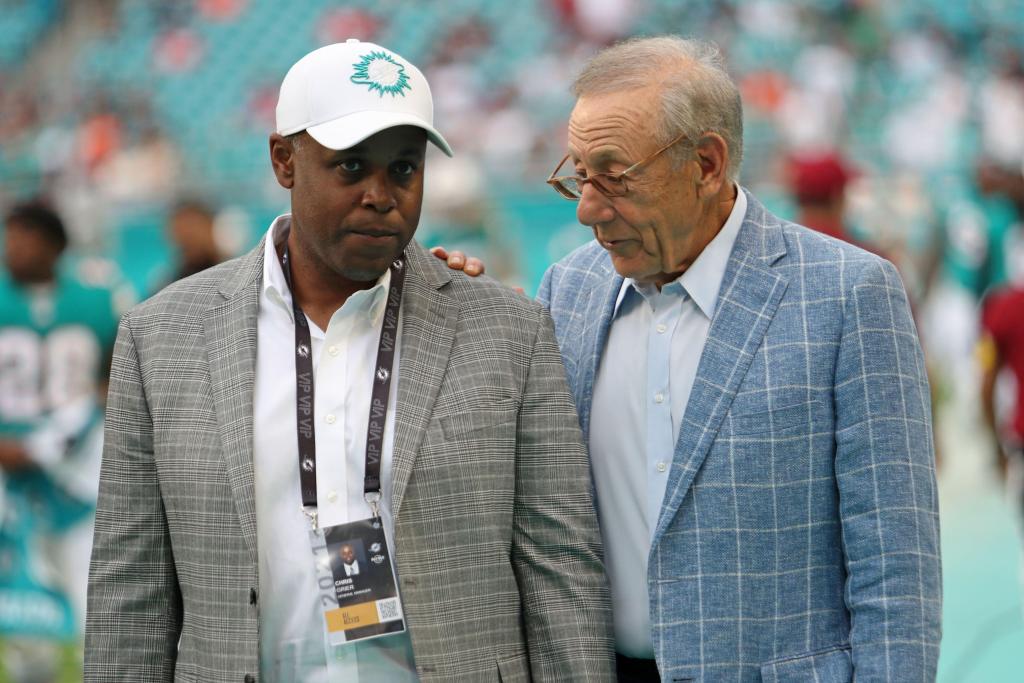 The position of the Miami Dolphins’ first-round draft pick coming from the San Francisco 49ers has finally been settled.

The Dolphins will get the No. 29 pick in the NFL draft in late April after the 49ers lost the NFC Championship Game, 20-17, to the Los Angeles Rams on Sunday night.

Had the 49ers won on Sunday night, the pick would’ve dropped into the final two choices of the opening round, either No. 31 or 32.

The Dolphins own the 49ers’ selection while the Philadelphia Eagles have Miami’s pick due to the two trades the Dolphins pulled off with the NFC teams last offseason ahead of the 2021 NFL draft. Miami traded back to No. 12 with San Francisco, sending the No. 3 pick, which previously belonged to the Houston Texans, to the 49ers. A move up from 12 to 6, where wide receiver Jaylen Waddle was selected, followed and sent the Dolphins’ 2022 first-rounder to Philadelphia.

Read Also:  Old insulting tweets from pacemaker Ollie Robinson go viral when he made his English debut, apologize after the match

The pick had gone through three weeks where it was negatively impacted before Sunday. Had the Rams held on to a late lead in the regular season finale against the 49ers, San Francisco would’ve been eliminated with the pick being No. 17. The 49ers’ upset win over the Cowboys in the wild-card round then pushed the selection further back from No. 22. It would’ve been no. 25 had the Green Bay Packers taken care of the 49ers last week at home.

The Dolphins are selecting 14 spots lower than they would have had they traded the 49ers’ pick to the Eagles instead of their own. The Miami selection going to Philadelphia in the upcoming draft is No. 15. The Dolphins also got a third-round selection and 2023 first-round pick from the 49ers in the deal.

With Miami’s reported affirmation early in the offseason that it will stick with quarterback Tua Tagovailoa, the Dolphins seem unlikely to send this first-round pick to another team in a trade. The pick’s diminishing value in recent weeks, now on the verge of the second round, also wouldn’t allow Miami to get as much in return for it.

There are a number of offensive tackles and wide receivers that could go around where the Dolphins will be picking, as general manager Chris Grier and Miami’s new incoming coach will look to address team needs in free agency ahead of the draft on April 28-30.