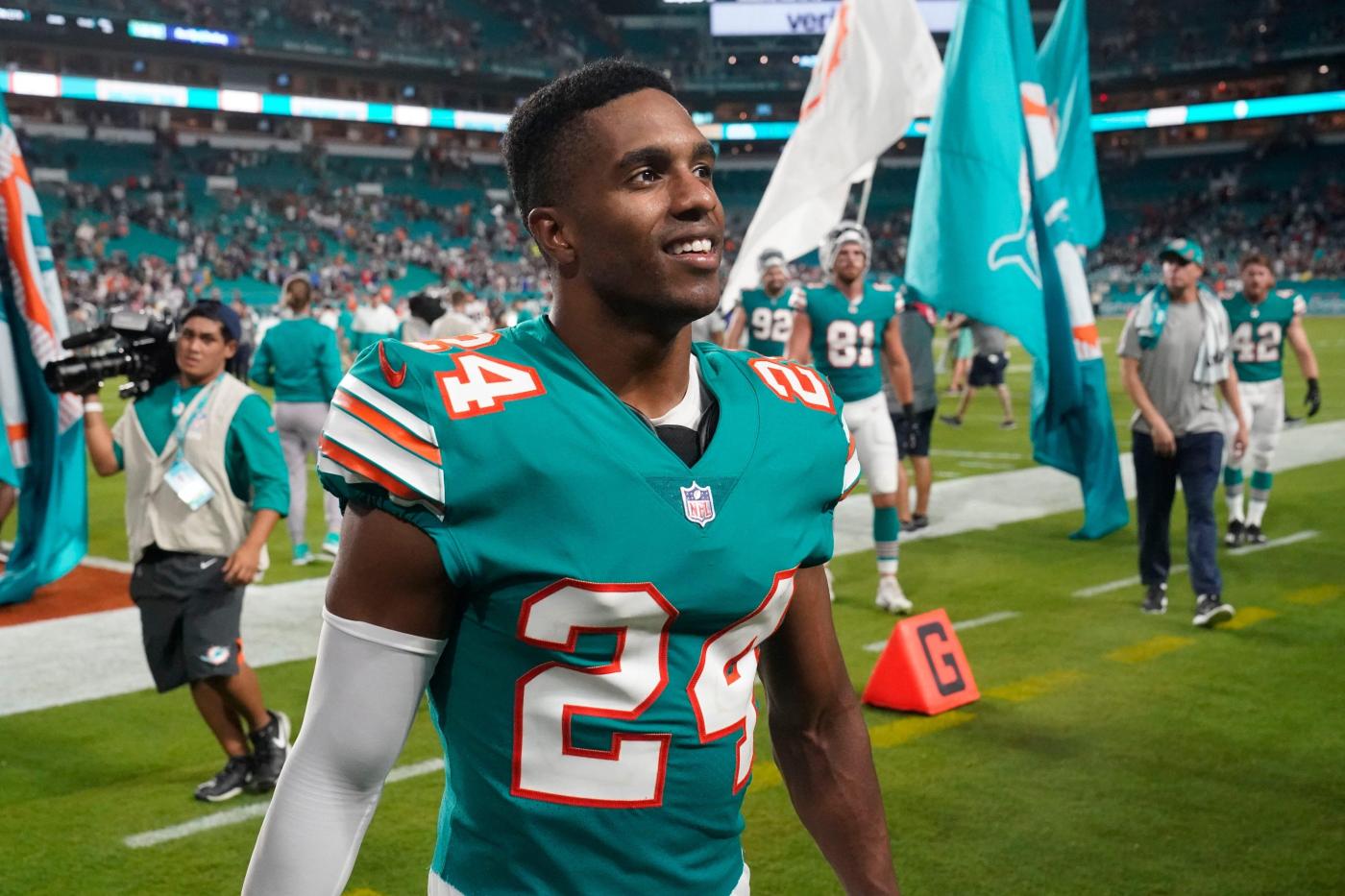 According to ESPN, the Dolphins converted $13.255 million of Jones’ base salary into a signing bonus, creating $10.604 million in 2022 cap space. The report also said the team added $750,000 in cap space by reworking Fejedelem’s contract.

The two moves combined free up more than $11.35 million of space after taking on the large contracts of Armstead, the prized free-agent addition to fix the offensive line, and the speedy Hill, brought in via a trade with the Kansas City Chiefs and signed to a four-year, $120 million contract extension to make him the highest-paid receiver in NFL history.

Jones was the highest-paid player on the Dolphins each of the past two seasons after Miami signed him in free agency in 2020. While serviceable, he has underwhelmed, especially when compared to Pro Bowl cornerback Xavien Howard, who has forced 17 turnovers — 15 interceptions and two fumble recoveries — in those same seasons while Jones has just two interceptions, both in 2020. Jones underwent offseason surgery on his lower left leg.

Fejedelem is primarily a key special teamer. He has played more than 80 percent of special teams snaps for the Dolphins in each of his two seasons in Miami. Participating in every game in 2021, he made seven tackles.

Should the Dolphins need to free up more cash, a target could be safety Eric Rowe. Releasing Rowe would clear $4.55 million in cap space. He is now relegated to a versatile reserve role in the secondary given the emergence of safeties Jevon Holland and Brandon Jones, but he is also a valuable backup and veteran voice in the locker room.

A trade of wide receiver DeVante Parker could also be explored, while defensive lineman Adam Butler, tight end Cethan Carter and tackle Greg Little are among other candidates who could be released.

The Dolphins are also slated to restructure Howard’s contract this offseason, an extension that could be more lucrative overall for Howard, while also serving to free up immediate cap space for Miami in 2022.