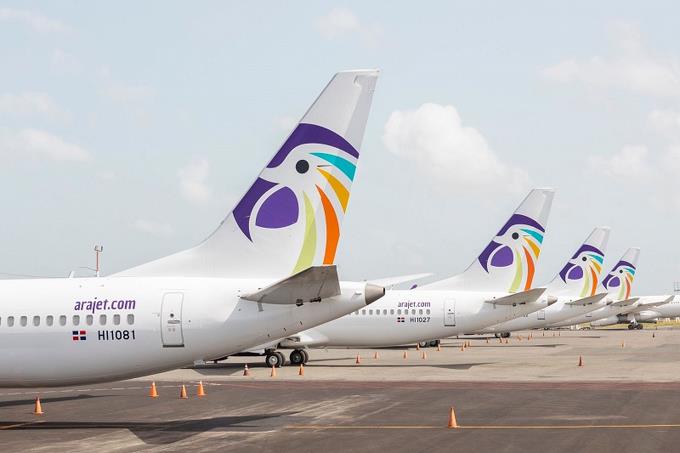 The Dominican airline Arajet announced that by the end of August the start of its international flights, when receiving two other Boeing 737 MAX 8 aircraft, named “Jaragua” and “Indigenous Eyes” at Las Américas International Airport.

Víctor Pacheco Méndez, executive president of Arajet, declared that in less than a month the first destinations where the airline will be operating will be announced, although he announced that some of these destinations will be important cities in the Caribbean, Mexico, Salvador, Guatemala and Colombia.

Pacheco Méndez emphasized that with a fleet of new aircraft will allow the company to save on fuel costs, maintenance and operations, and pass these savings on to customers, while reducing noise pollution.

“It fills me with emotion to see how we can already say that we have a fleet of factory new aircraft, ready to go into operation and provide Dominicans and all our foreign passengers with low-priced flights that will connect them quickly and efficiently with the continent. of Santo Domingo”, assured Pacheco

He also highlighted that the flights will also contribute to the promotion domestic tourism at international level, for the sustainability of the country, with the names of these areas on the fuselage of the aircraft.

“Arajet continues to develop Dominican aviation by bringing cutting-edge technology, generating quality jobs, strengthening and facilitating the country’s connection with the world and, in a very special way, raising awareness about the preservation of the country’s protected areas,” he said.

The Boeing 737 MAX 8, Jaragua and Indigenous Eyes, each with a185 seat configuration, they landed on Dominican soil straight from the Boeing factory in Seattle, United States.