Don’t Call It a Meteorite: Call It an “Iron Bullet” Straight From the Heart of a Supernova 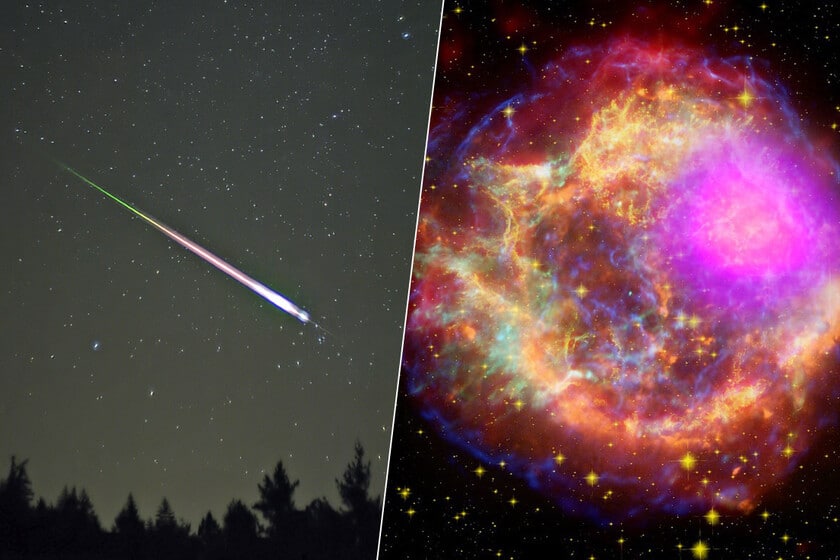 In 2017 we got a visit from ‘Oumuamua, the first object identified as coming from interstellar space. The first to be recognized but not the first to arrive. A meteorite that hit Earth near Papua New Guinea in 2014 was recently confirmed as the first interstellar “visitor”. A new hypothesis suggests that this meteorite may have originated in a significant cosmic event, a supernova.

IM1 and IM2.
To date, we have detected a total of four interstellar objects in our environment. The first two to come are the last two to be identified as objects outside our solar system.

These are, yes, two objects that crashed into Earth far beyond passing through our environment (like Oumuamua and Borisov) and have received the names of IM1 and IM2 (which came to us in 2017, months before the sighting of Oumuamua) were reached).

hard iron.
Besides the fact that they came from interstellar space, IM1 and IM2 were not conventional meteors. In a new article published in the journal The Astrophysical Journal LettersTwo astronomers from Harvard University have presented their analysis on two meteors IM1 and IM2. Comparing them with the passage of 271 other meteors from the CNEOS database, the researchers identified them as two of the three strongest meteors physically.

Supernova hypothesis.
This physical rarity has led the study’s authors to raise the possibility that the origin of formation of these rocks may be different from those of meteors that come from our own solar system. One possible origin would be a supernova.

As the authors point out in the article, both IM1 and IM2 may have originated in a supernova. Supernovae eject tiny iron “bullets” into space, as has been observed on a few occasions. Similar events may explain the origin and material hardness of these two meteorites.

Hypatia.
Although IM1 and IM2 are the first meteorites of interstellar origin, they may not be the first to bring material from a distant supernova to Earth. A few months ago, another team of researchers discovered a concentration of heavy elements in a meteorite called Hypatia, which could be explained by an interstellar origin.

Hypatia was discovered in 1996 and its structure was analyzed between 2013 and 2015, but not so recently in an article published in the journal IcarusThat its partial origin in a supernova was proposed.

Find the meteorite.
Unlike Hypatia, the meteorites left behind by IM1 and IM2 are unaccounted for in undetermined locations in the Pacific and Atlantic oceans, respectively. Finding it would be like looking for a needle in a haystack, but the authors of the recent article also came up with a plan to find the rock.

Finding it will undoubtedly give us a golden opportunity to better understand the formation around us. For Avi Loeb, one of the study’s authors, it could also be a way to investigate whether interstellar objects may also have their origins in alien civilizations. Perhaps one of the craziest theories from the controversial astrophysicist.

But if in just a decade we’ve been hit by two small interstellar bodies, it must mean that these bodies are relatively abundant in our environment. Loeb himself pointed out in his blog a few months ago, “For every Oumuamua-sized object in the region delimited by Earth’s orbit, there are a million IM1 and IM2-like objects.”

Perhaps this will give us a chance to find an IM3 that will leave us a piece of rock that we can explore without having to track it down to the ocean.