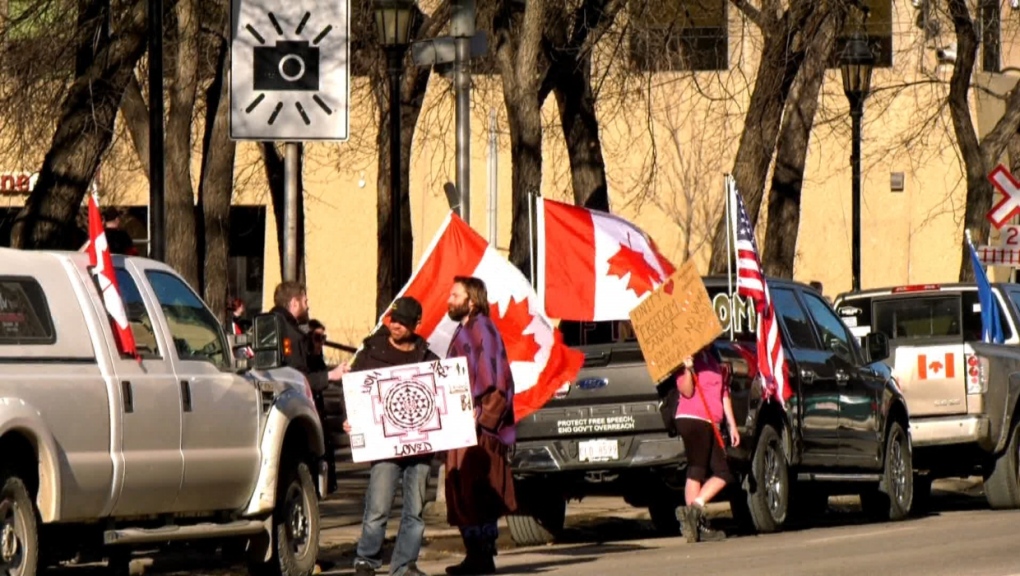 Calgary police have issued dozens of tickets to drivers involved in a convoy throughout the city on Monday.

In a tweet, the Calgary Police Service (CPS) said the demonstrations caused traffic disputations on “a number of routes” but no serious incidents were reported.

As part of the convoy, police said about 20 vehicles blocked two lanes of traffic on Macleod Trail in front of city hall.

Officers issued more than 30 tickets during the demonstration, with an additional 50 summonses that will be mailed to the registered owners of vehicles that were identified as participating and committing an offence.

“The tickets include impeding traffic, failing to stop for a peace officer, having an unregistered vehicle, failing to produce insurance, and displaying an obscured license plate, among others,” CPS said in a tweet,

Police noted that due safety concerns for both law enforcement and members of the community, it is “not always prudent” to issue a ticket at the time of an alleged offence.

“For example, during a protest or event where emotions are high. In many instances, tickets are issued in the hours or days after an infraction based on evidence obtained at the time of the event.” CPS said.

Police said they respect the rights of Canadians to exercise their freedom of expression and peaceful assembly, however, all members of the public, road users, residents, and businesses also have the right to a safe environment.

“We know everyone is struggling right now and our intention remains to protect the safety of Calgarians as we work together through this pandemic.”