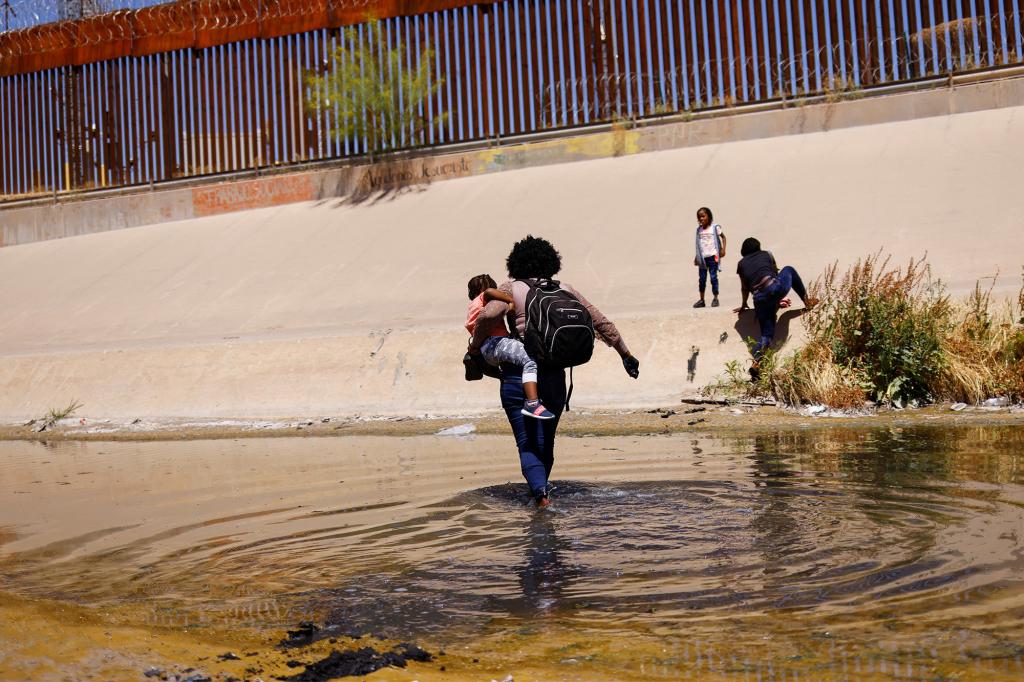 About 100 immigrants claiming the asylum were released into downtown El Paso, Texas, Sunday as federal facilities and nonprofit migrant shelters reach capacity in the border city, according to the El Paso Times.

The migrants were released before dawn, and some quickly made plans to travel on to other cities, while others lingered on the streets of El Paso or at the airport — too broke to leave or book a hotel.

These immigrants have cleared the initial steps in their asylum case and are authorized to be in the US until a judge makes a ruling, which can often take years. When they are released by federal authorities, the migrants give Immigration and Customs Enforcement an address where they can be found, are often tracked by ICE and must check in as they move through the legal process.

Sunday’s release is the first time immigrants have been sent into the streets of the west Texas city since 2019, during a separate surge of immigrants at the border.

The number of immigrants arriving at the US-Mexico border is climbing ahead of the anticipated lifting of Title 42, a health policy that has been used by immigration officials to keep an estimated 1.7 million immigrants out of the country since the onset of the COVID- 19 pandemic.

The Biden administration plans to end Title 42 on May 23. However, Texas and other states are suing to block the lifting of the policy. The states are asking the courts to keep Title 42 in place, arguing that they are not equipped to handle the possible 18,000 immigrants a day that could come to the border once Title 42 is removed.

The federal judge hearing the case has said he will make a final ruling before May 23 and hinted he is likely to keep Title 42 in place.

Meanwhile, the El Paso Times reports that Border Patrol resources in the city are maxed out, with agents detaining more than 1,000 immigrants a day despite only having enough room to house 1,700 people.

The same goes for Annunciation House, the shelter where asylum seekers often stay in El Paso before moving on to their final destination, which says its ability to respond to the surge of migrants has reached its limit.

“Our capacity is slowly — and I would underline the word slowly — increasing,” Annunciation House executive director Ruben Garcia told the paper. “But it’s been very, very challenging because of the issue of the volunteers.”

Kurtenbach: In the Kuminga selection, the Warriors organization did everything in itself