DPRK condemns effects of South Korea and US military exercises 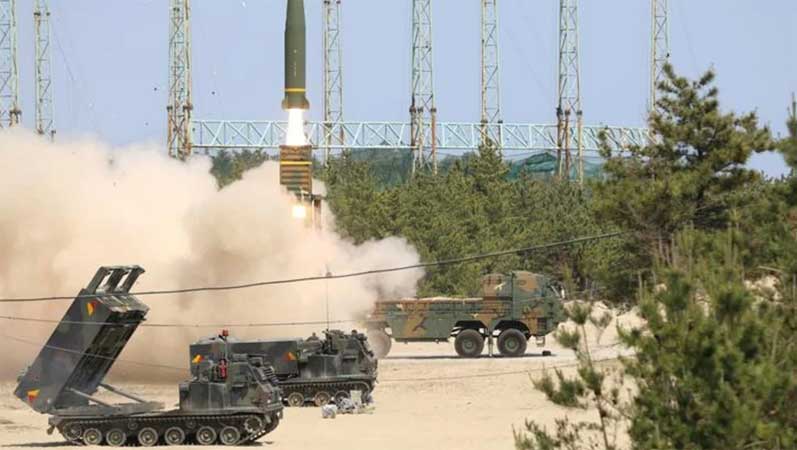 The text states that “due to America’s always anti-DPRK policy and its growing military threat, the clouds of nuclear war hang permanently over the Korean peninsula.”

On every page of the history of the confrontation between the United States and the Democratic People’s Republic of Korea (DPRK) and the United States “which, century after century and from generation to generation, lays out the aggressive nature of the latter and its attempts to crush it.” first”.

The United States defined the use of force as the main instrument of its policy on the DPRK to suppress the idea and regime of the DPRK and continually renewed plans for nuclear war against it.

For this reason, it brings the situation on the Korean peninsula to the threshold of war, exercises and complements them through various joint military training, the document said.

Time and again, we have warned that the military exercises conducted by the United States with South Korea are a consistent display of hostile DPRK policy and a serious threat to the peace and stability of the peninsula and the region. , argued the report..

The dangerous character of the US-South Korea joint military exercises is also that they seriously harm the normal development and security of the DPRK’s neighbors and bring clouds of a new Cold War, the text said.

The United States is trying to set up a multilateral fence over China, which is experiencing enormous growth; And Russia, which is accelerating the creation of a powerful state, warned the North Korean Union, after defining them as a “challenge” and a “threat” to the fulfillment of the said strategy.

As part of one such project, it “expands the role of alliances with South Korea by military threats and blackmail against the DPRK to serve the military objective of subjugating China and Russia in the North East Asian region.” wants.”

America’s sinister ambition is to build an “Asian version of NATO” in the Asia-Pacific region under the banner of “strengthening the alliance” with economic and military blocs under its leadership such as the “Quad” and “Ocus”. » and to conduct regular bilateral and multilateral military exercises with South Korea, Japan and Australia, in order to complete the Trans-Pacific encirclement of China and Russia.

It is nothing more than a cartel to maintain its position of hegemony in the Asia-Pacific and to encircle and repress China and Russia that “rumoured threat from North Korea” with which the US justifies its joint military maneuvers .

According to the author of the article, the outbreak of war in a very important geopolitical situation on the Korean Peninsula, where the interests of the powers are entangled, would easily lead to a world war and a thermonuclear war never seen before in the world that would have disastrous consequences for the peace and security of that concurrent, Northeast Asian region and the rest of the world.

The report concludes that taking into account such a perspective of the situation, the DPRK’s deterrence is the only and most reliable means by preventing war to protect the peace and stability of the Korean Peninsula and the region.