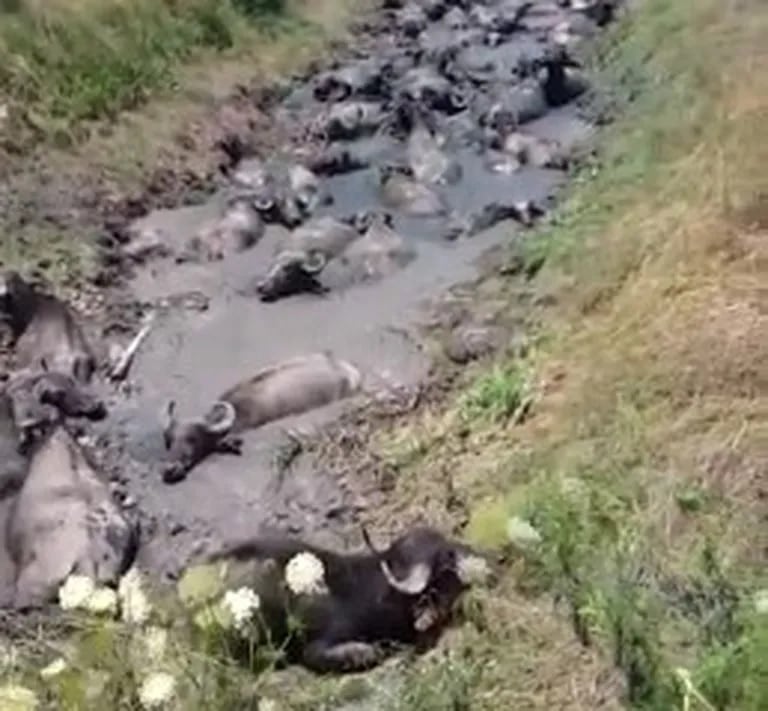 Santa Fe.- The Dry prevalent in the north of this province, as well as in the south and southeast of the Chaco. Santiago del Estero. According to the latest reports from the far north of Santa Fe, rain over the weekend was low and may not have been substantial if one takes into account that manufacturers are anxiously waiting to move in with good millimeters (between 50 and 70 mm) Was doing. Soybean planting and corn. Unfortunately, the weekend records were poor in the north central of the province. In this context, Senator Dionisio Scarpini of Together for Change asked the provincial governor, Omar Perotti, to demand compliance with the inter-jurisdictional water supply agreement. The property has a significant mortality rate in this area.

Reports you had access to Nation indicates that rainfall was insufficient between the end of the year and the beginning of the current year, especially in the northern center of Santa Fe, from the departments of San Justo and Las Colonias to the border of Chaco and Santiago del Estero. At the same time, the situation in rural areas is getting worse and worse.

This weekend, a few millimeters, averaging between 5 and 10, with some very punctual maximums of 15 to 20, were useful for those who had sown and were waiting for crops to emerge or those Premium Soybean for those who had not yet completed planting But for others it was not enough – for example, those who still could not plant corn – and they will have to continue to wait, although the forecasts are not encouraging in the short term.

The panorama was similar but different in the south of the province. In the Piedmont region, San Martín department, agriculture advisor Pablo Ponzio told Campo Littoral: “I am trying to stop growers in the field who insist on going out for sowing after 5 to 10 mm of rain over the weekend, despite low moisture in the field. The situation is complicated.”

“There are corns that are very bad and others that are very good,” he said. In his opinion, “normal rainfall of 50/60 mm is needed for things to settle down.”

From the department of Las Colonias in the central region, agronomist Guillermo Giannetto of Agricultures Federados Argentinos (AFA) assessed that rainfall was very low and highly variable, “typical of dry years”, even though “forecasts were more predictable, but “they were below Landed”. The “humidity is very reasonable” in the area and corn and some soybeans remain to be planted.

“This rain was a help to the sown without being born, it is better than nothing,” he said. But “if it rains 10 mm, and with the heat that they say it will do and the drought that exists, that doesn’t allow for much sowing.” The advisor commented: “A grower who ordered corn from us says the moisture is too fine to pass the seeder; He’s not going to risk it.” While in soyabean, “in some places if they get 15/20 percent of the rain, they will be able to sow, in others they won’t,” he warned.

Meanwhile, Dionisio Scarpin, National Senator of Santa Fe of Together for Change, expressed: “Today agricultural producers in the north of my province are facing the worst scenario in 20 years and the state, both at the national and provincial levels, must face this situation together with them.”

They recalled that an agreement signed in 1988 within the framework of the Jurmento-Salado River Basin Committee between the provinces of Santa Fe, Santiago del Estero and Salta remains in force. “The agreement establishes that our province cannot receive less than 3 cubic meters of water per second, but for some time now these levels have been well below that measure,” she claimed.

Then he asked the provincial governor: “For this reason, we are convinced that Governor Omar Perotti should summon the officials of the governments of Salta and Santiago del Estero now and demand that they comply with the agreement.”

Scarpin demanded to resolve this issue immediately. “The people of Santa Fe who live in the north of our province have exhausted all the resources at their disposal to request a solution. Producers have no more money to feed cattle and bring water in tanker trucks”. Express.