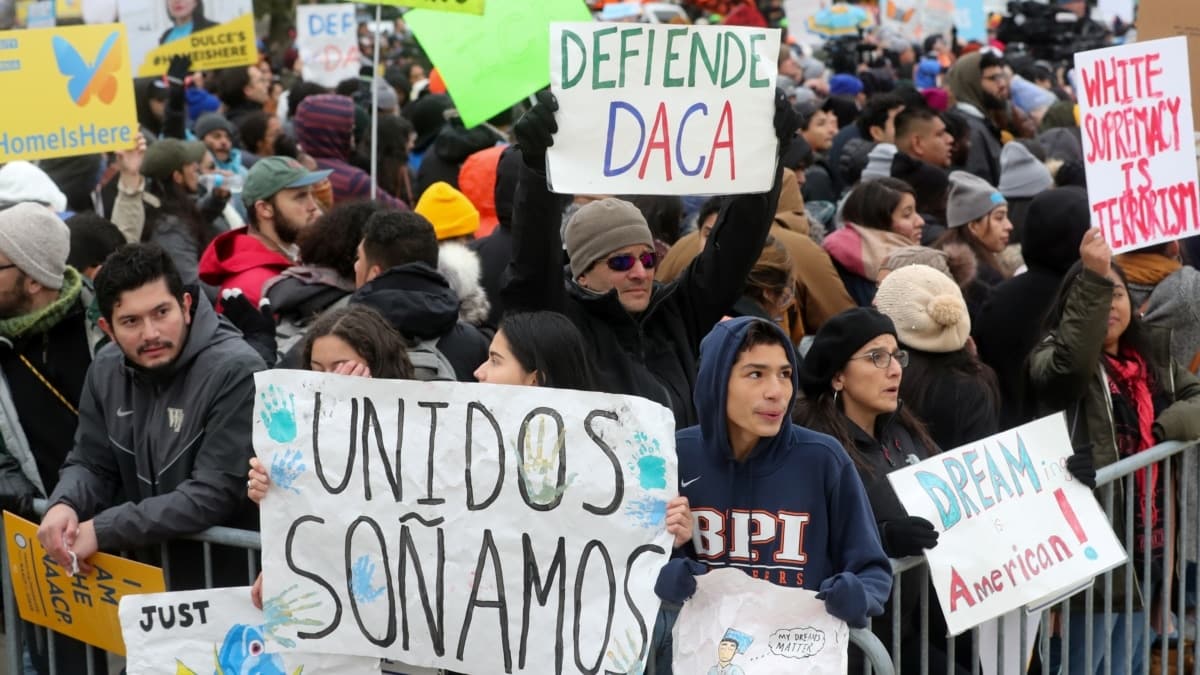 A group of legislators, both Democratic and Republican, is currently working on a bill that could provide a path to citizenship for the nearly two million beneficiaries of the Deferred Action for Childhood Arrivals (DACA) program, who are referred to as Dreamers or ‘Dreamers’. Also known as ‘viewers’. It will be voted on in the US Congress before the end of December.

The new proposal sets out an investment of at least $25,000 million for the expansion of Title 42 and border security, in exchange for providing benefits to people like Cristian Solano-Cordova.

“Well, it will be a super gift for the end of the year,” he said in an interview. voice of america Solano-Córdova is also a spokesperson for the National Coalition for New Americans. However, he says, his “expectations” are moderate.

“I have been with DACA for almost 10 years and have been advocating for the DREAM ACT for five years. And after so many attempts I don’t have too many expectations because all the other talks excited me a lot, but at the end of the day they ended in nothing”, he opined.

Current Version of DACA came into force at the end of October This year, after a thorough review by the Biden administration.

Supporters of the program say the new rule changes nothing from a 2012 memo, which was issued under President Barack Obama’s administration when he created the program. In any case, the future of the program still in the hands of the courts,

“We are also looking at the details because we are not in support of proposals that are going to take away the rights of asylum seekers,” Solano-Córdova said.

“a priority” for Biden

The White House this Monday refrained from commenting on the plan because, according to spokeswoman Karine Jean-Pierre, President Joe Biden has not seen in detail the proposal that will enter debate before the end of the current congressional period.

“We are committed to working with members of Congress from both parties on real solutions to modernize our immigration system. This is certainly a priority for the President,” explained Jean-Pierre. “The president has repeatedly called on Congress to permanently protect DREAMers.”

Differences due to the permanence of Title 42

It is unclear whether the proposal by Sen. Kirsten Sinema, D-Ariz., and Sen. Thom Tillis, Republicans for North Carolina could succeed, as 60 votes are needed in the Senate, and there are sharp differences between the two parties on parts of the bill.

For example, Democrats oppose keeping Title 42, Measures approved in 2020 Under the mandate of then-Republican President Donald Trump, following the declaration of the COVID-19 pandemic.

The measure created during the Biden presidency would have allowed migrants to be deported immediately without giving them the benefit of applying for asylum.

Senior Republicans have also been outspoken: They support restrictions on the asylum system and stopping unregulated border crossings, which Record numbers to be reached in 2022 And yet, according to the White House, that could double if Title 42 were to be eliminated.