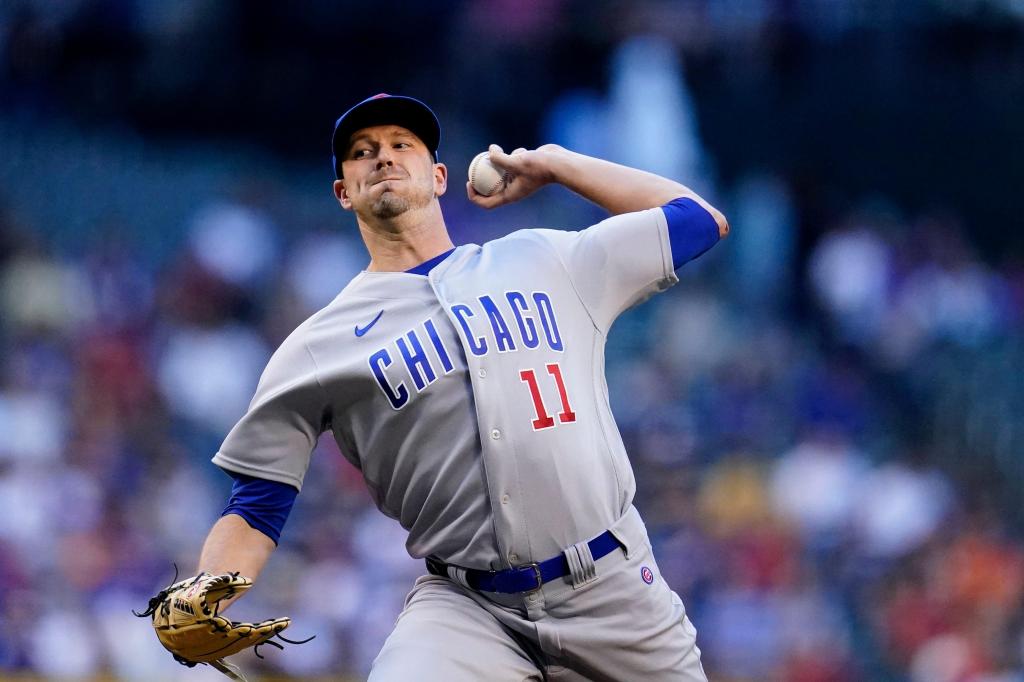 Drew Smiley ponders this question, reflecting on his rookie season in Detroit 10 years ago.

What’s the biggest difference between you as a pitcher since your first big-league season?

The left-hander, then 23 years old, progressed to the 2012 World Series while learning his craft as part of the Tigers rotation, which has since combined to win five Cy Young Awards.

Smiley, now 32, still relies on the same three-pitch combination – cutter, sinker and curveball – and overall believes he is the exact same pitcher he was a decade ago.

When his career began, it was the beginning of the analytics revolution and he didn’t really understand beyond finding his fastball down and away when mixing pitches. Over the course of eight stops at various outfits, Smiley picks things up along the way. He learned that his fastball was well played in the area along Tampa Bay. His road back from Tommy John surgery tested his resolve over a three-year stretch. After being released twice in less than a month, he re-established himself in Philadelphia, throwing more off-speed stuff.

Those ups and downs culminated in a 10-year stint in Major League Baseball last week.

“A lot of people can even lose motivation after a certain amount of time,” Smiley told the Tribune. “It’s also been tough, once you start building a family and you leave, it just makes it more challenging. But most people at this stage, you just love the competition. It’s so hard. I don’t take it lightly. I’m really grateful that I got the chance to do it.”

The MLB Players Association estimates that less than 10% of Major Leaguers hit the 10-year mark. Smiley entered the season and needed only 29 days on the roster to reach this point. He received a bottle of Armand de Brignac Ace of Spades Champagne from his Cubs companions.

Beyond the financial benefits of achieving a full pension post-playing career, the achievement is Smiley’s journey from a highly placed prospect to a respected veteran and an acknowledgment of the work he has done.

“It’s a huge honor for me because the baseball world is so small,” Smiley said. “If you get a certain reputation it stays with you and people freak out really quickly on their work ethic, their attitude, personality, a lot of different factors.

“Obviously, you have to get things done on the field, and that’s probably what matters most, but being a good player at the clubhouse and trying to help a team win and knowing that these All the teams see the value in me, be it on the field or in the clubhouse, it makes me feel great.”

He’s certainly earned it, grinding through very difficult moments and often precarious job security. Injuries may have derailed Smiley, but he kept coming back, most notably in 2015 with a torn left labrum and Tommy John’s surgery, which caused him to miss two MLB seasons (2017–18). He was released twice and traded three times, including as part of a three-team deal in July 2014, when the Tigers sent him to the Rays to acquire left-hander David Price. His deal with the Cubs in March represented his third straight one-year guaranteed contract.

“It’s not easy going from new team to new team, getting a one-year deal,” Smiley said. “Once you get on the field, it’s the same game. It’s me vs him. And that’s what I love the most about the game. But everything else is challenging enough: building new teammates, new coaches, new fan bases, trying to win over them all can be daunting.

“Perseverance, longevity – it ain’t easy. It wasn’t easy by any means, but just keep believing and keep trusting and keep getting out there.”

Smiley was reminded of how frustrating baseball can be on Friday night against the Arizona Diamondbacks. Some well-placed balls by Arizona’s hitters and defensive plays couldn’t quite combine to spoil Smiley’s outing in the Cubs’ 4-3 loss.

“I can pull out some of my hair tonight, but it’s just baseball,” Smiley said. “Sometimes you don’t get the result you want, but when I replay the game, I was making really good pitches all night.”

Aside from the three balls he hit well in the Diamondbacks’ three-run third innings, Smiley didn’t allow more difficult contact in six innings, his longest start of the season. He conceded four runs in 10 hits with one walk and four strikes.

“That third inning was honestly pretty ridiculous,” Smiley said. “They had two balls down the line. One guy hit it in front of the plate and bounced 40 feet in the air for an RBI single. … They kept getting a lot of guys on base, but thought I had it Did a good job of managing and getting us back there.”

Despite Smiley’s last line, manager David Ross thought Smiley pitched well and was a sign of what he gives to the Cubs.

“When he hits you think you have a pretty good chance of winning,” Ross said. “He’s been one of our more consistent starters for me, just the length, the pace. … (He’s) really consistent. I thought it was a good performance for him.”

In King County, social dining is making a comeback with good food and good company.