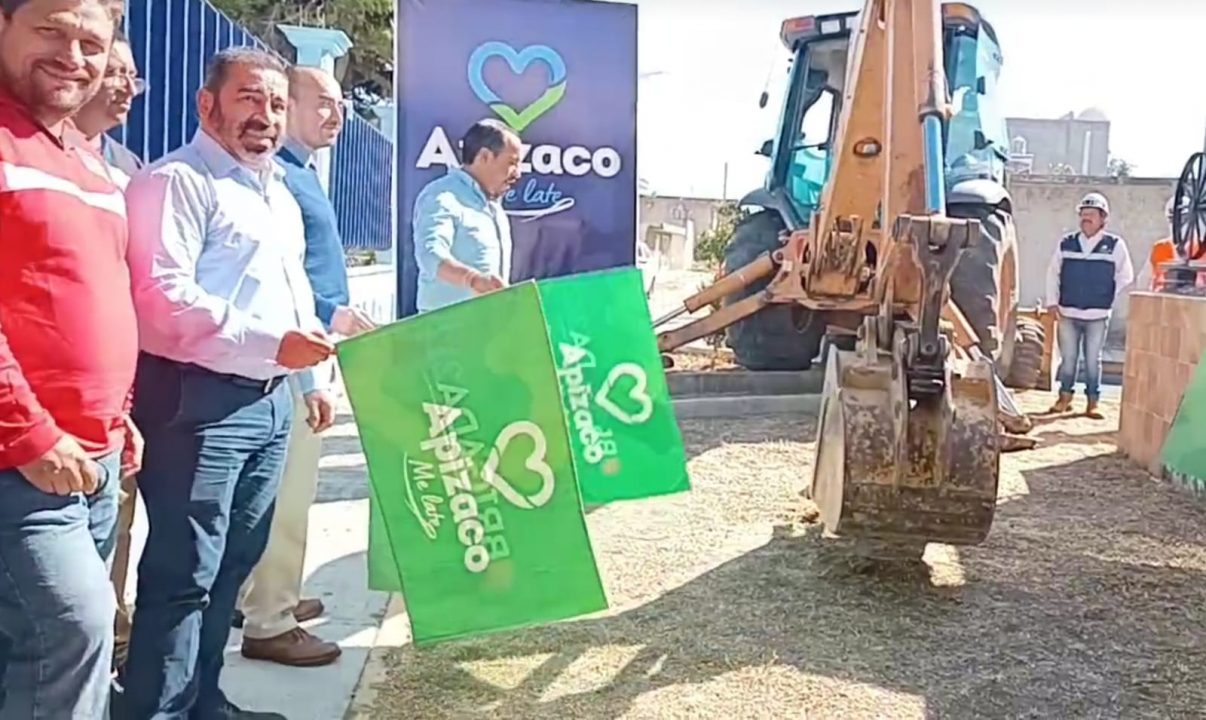 This Tuesday afternoon Epizaco Mayor Pablo Badillo Sánchez led the work, with an investment of 4 to 5 million pesos contributed by a private company Banner Commencement of work for the drilling and installation of a drinking water well in the Loma Florida II neighborhood, which will benefit 25,000 residents of this area of ​​the municipality.

PAN Municipality thanks the officials of the Coca-Cola Femsa Company for their support in investing in a work that will benefit the residents of the Loma Florida I and II, Nuevo México, Real del Valle, Real del Bosque and Las Perlas neighborhoods will benefit, since with this new well the supply of vital liquid will be guaranteed to this area of ​​Apizaco, which is facing problems since the previous one has been operating for 45 years and its original launch was for agricultural activities, Hence it is no longer functional as of date.

Badillo Sánchez also highlighted the support provided by the local directorate of the National Water Commission (with water) and the Ministry of Environment and Natural Resources (Semernet) to expedite permits to start this water project.

In front of council members and residents of Loma Florida, the mayor indicated that the Potable Water and Sewerage Commission of the Municipality of Apizaco (Capama) works with black numbers, with which it is managed and at a fee for is emphasized. Service He is not going to raise a single peso in his administration, but he asked users to pay immediately to guarantee the service.

Carlos Hernández Castillo, director of Capama, pointed out in his speech that the Loma Florida well is 45 years old, it was drilled to serve agriculture and practically after those years it is no longer functional, it has already collapsed and no longer serves the needs of the population.

Carlos Hernández said, it was thanks to the mayor’s efforts with the soft drinks company that the diagnosis, the project and the resources were achieved, but the chain of authorizations was missing and he had the support of Conagua and Semernet as soon as possible. as soon as possible.

“With this new well, we are not only going to improve and make the service more efficient, but also guarantee that there will be an adequate supply of water for the people of Epiquaquenes for the next 30 years.”

The event was attended by Pedro Michele Albornoz Góngora, local director of Conagua, and Pedro Aquino, representative of the Tlaxcala Ministry of the Environment (SMA), as well as Carlos Durán Cerón and Catherine Reuben Hatounian, general manager of the Epizaco plant. Corporate Affairs at National level of Coca-Cola FEMSA respectively.