Drought in Veracruz: they will limit water to industry and rural areas to supply the population 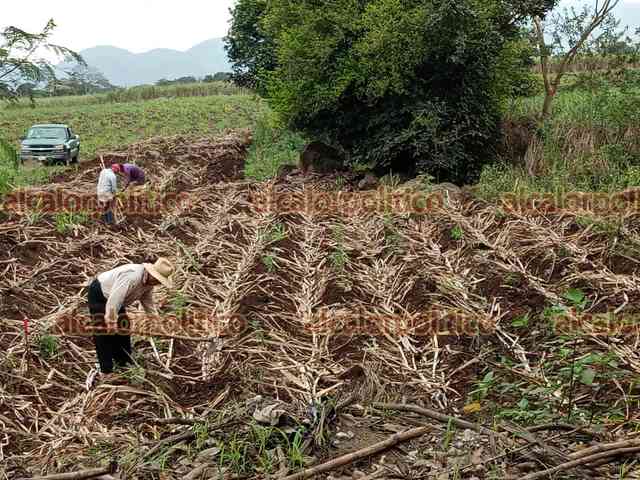 If the drought scenario worsens in Veracruz, the government of Mexico plans “temporary limit measures for access to water for non-domestic use” in 11 Veracruz rivers.

The foregoing, as part of the Federation’s strategy to address a contingency due to lack of rainfall, in which it “acts to guarantee the supply of urban domestic and public use” in areas affected by severe, extreme or exceptional drought does.

On 20 January, the Commission for National Regulatory Reform (CONAMER) published a preliminary draft of the “General Agreement for the introduction of an emergency due to the occurrence of severe, extreme or exceptional drought in the basins for the year 2023” and which also does not include the affected population Regulates “temporary reductions in volume to users of the basin” (for livestock, aquaculture, industry, and irrigation use) to ensure water supply.

The draft delegates the execution of water rationing measures to the National Water Commission (CONAGUA) and also, the body authorizes the representatives of each basin council to implement actions to be implemented in case severe drought conditions are declared.

And each basin council is composed of a chairman and a technical secretary, while the secretariats of environment and natural resources, finance and public debt, social development, energy, economy, health and agricultural development nominate one member each.

At the same time, each municipality is counted within the basin councils with representation by its mayor or mayor and members participating for water use and one member for each sector: gender equality, indigenous, environmentalist or forestry.

The “draft” of the agreement has the approval of Conagua’s General Director, German Arturo Martínez Santoyo, and is pending entry into force only the date of its publication in the Official Gazette of the Federation.

Veracruz, in drought since August

In this regard, Jessica Luna Lagounes, head of the hydrometeorology project of the Central Gulf Basin Organization (CONAGUA) of the National Water Commission (CONAGUA), warned that a “moderate drought” scenario prevails in the entity from August 2022.

“We have that moderate drought started for Veracruz until August 31, we had 12 municipalities, then for September and October, it decreased a little bit between 8 and 4 and then in November of last year 33. We can say that we are almost three and a half months old with a moderate range in the North Zone” he assured.

The expert warned of a 50 percent rainfall deficit in the state of Veracruz, meaning only half of what it should have received for the month of January.

They highlighted the cases of the Tuxpan Rivers, at Sombrerete station, with 5 cm below their normal level, and in the case of Cajon, the current register runs at 30 cm below its normal level, and Tecolotla in Espinal, with 20 off its average scale. centimeter down.

In the Papaloapan, San Juan, Teccoacán and Coatzacoalcos basins, streams report 5 to 20 cm below their average.

In the case of dams in the Tecolotla Basin, Los Reyes and La Laguna (Hidalgo State) report storage of 32 and 25 percent, respectively.

La Soledad, in the state of Puebla, registers 40 percent of its storage; Temascal and Cerro de Oro, in Oaxaca, with 71 percent and Panuco in Chicayan, 31 percent, and La Canseco, with 85 percent, and La Cangrejera, with 78 percent.

“They don’t present such a notable reduction yet, but they may decrease as we move into the dry season.”