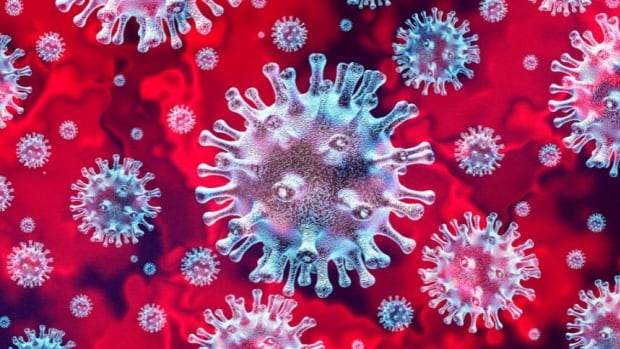 There are now “early signs” of transmission of the Omicron COVID-19 variant in the Yukon, officials said Thursday afternoon.

Omicron is considered a highly transmissible variant of concern by the World Health Organization and it has spread widely across Canada and other parts of the world.

“We are seeing spread in household gatherings, workplaces and organized events and among vaccinated and unvaccinated people,” reads the Yukon government’s statement.

“This is expected because even though the vaccine prevents some infections and many hospitalizations, it cannot prevent all of them. The Omicron variant has caused very high case counts across Canada and we can expect that in the Yukon. The goal remains to prevent severe outcomes and limit health system strain.”

Thursday’s case count is a big jump from the day before. The territory had reported 27 new cases between Christmas Eve and Wednesday, along with some recoveries, making the total active case count 49 at the time.

“This is the signature of the Omicron variant, which is highly transmissible and spreads very quickly and rapidly from person to person,” said Dr. Catherine Elliott, the chief medical officer of health, in an interview with Nation World News.

Elliott said “people can be exposed anywhere” if they are not following health recommendations.

The current case counts reflect “people who have been tested and are in our system,” Elliott said, adding that “we suspect the case counts are higher,” given the territory’s high positivity rate.

“I would use [the cases] as a benchmark of what was happening, you know, in terms of mixing in the prior week to two weeks,” she said.

Starting immediately, the territory said it’s “strongly” recommending all close contacts of people who have tested positive for COVID-19 isolate for seven days if the close contact has not received their booster shot.

Close contacts are considered to be anyone who was within two meters of someone in their infectious period for a combined total of 15 minutes or more in a 24-hour period.

The territory is also “strongly” recommending people who are fully vaccinated with a booster avoid close contact with a confirmed case.

After the week isolation period, and if no symptoms present, those contacts may leave isolation but should monitor themselves for symptoms for another week, because symptoms of Omicron could come on later.

“Omicron incubates quickly and transmits early, even among the vaccinated population, and many provinces and territories in Canada have recently changed their approaches to isolation of contacts, with the arrival of Omicron,” the release reads.

‘This is the time to really keep things quiet’

“We will see isolating [of] contacts to an extent we haven’t seen before,” Elliott said.

Elliott said its partly up to Yukoners to take “personal responsibility” by limiting gatherings.

“That means canceling plans for any gatherings that are larger, such as New Year’s Eve parties, unfortunately, and tournaments or other gatherings, even those that are important celebrations of important life events,” Elliott said.

“This is the time to really keep things quiet, keep them small, and do that to protect each other.”

Elliott said Yukoners should be prepared with groceries and other plans in place in the event they have to isolate.

“It’s going to be a challenging time ahead. And I think it’s going to take all of us to help out,” she said.

When it comes to long COVID — a name used to describe when people suffering months-long impairments — Elliott said the territory is collecting information on whether people are experiencing persistent COVID-19 symptoms. She couldn’t share specifics though, other than it has been recorded in the Yukon.

Health officials have not provided updated information on where cases are located in the territory, but as of the government’s latest update on COVID-19 cases by community, it showed many of the cases were clustered in Whitehorse.

Since Wednesday, 80 per cent of eligible adults and children in Yukon have received both shots of the COVID-19 vaccine, and 88 per cent have received at least one dose.

Dawson hospital closed to most visitors

The hospital in Dawson City has banned most visitors for the time being in response to a cluster of positive cases in that community.

William Sibold, the director of patient care at the hospital, said the decision was made to ensure the safety of all those who enter the building.

Sibold said there are exemptions for parents or guardians of patients under 18 years old, and for patients with cognitive or physical disabilities that require assistance. There isn’t a timeline for how long these measures will be in place so far, he said, and the new rules will be reassessed in the following weeks.