The turmoil in the world can feel overwhelming, but four Arizona State University students and alums have turned their faith in the power of global diplomacy into a career path by winning prestigious fellowships.

Brianna Stinsman (pictured above), a senior, is the first ASU student ever to win the Payne Fellowship, and three others — senior Angel Orozco and alums Monica Orillo and Juan San Nicolas — have won Pickering Fellowships. Both fellowships pay for two years of graduate school in international relations and require the fellows to commit to five years working abroad – at the US Agency for International Development for the Payne Fellowship, and the US Foreign Service for the Pickering Fellowship.

Stinsman, who will spend spring break visiting Johns Hopkins and Columbia universities, where she has applied to graduate school, said that she became hooked on the idea of ​​global service during her first year at ASU, when she took a course called Contemporary Global Trends.

“I realized that there are systems of inequality around the world, and I wanted to be part of the solution,” she said.

“You can influence outcomes in difficult situations through collective action and bringing different people together.”

Kyle Mox, director of the Lorraine W. Frank Office of National Scholarships Advisement, said that ASU’s success in these fellowships illustrates two things: “First, the deep commitment to service that ASU students embody. Second, it illustrates that anyone who is willing to put in the work can secure one of these life-changing opportunities, given the right support and guidance,” said Mox, who is associate dean of national scholarship advisement for ASU.

The staff at the Office of National Scholarship Advisement supports ASU students throughout the entire application process, from selecting the program that would be the best fit, to writing essays and personal statements, to sitting for mock interviews. While the office is part of Barrett, The Honors College, it’s open to all ASU students.

From the time she arrived at ASU, Stinsman was committed to service. She is part of the fourth cohort of the Public Service Academy, and she also took a service-learning class, where she worked with the Welcome to America Project.

“It’s a nonprofit in Phoenix with the mission of turning fear into hope for newly arrived refugees,” she said. “It was hearing their stories of fleeing all sorts of persecution and circumstances out of their control that made me want to explore policy and crisis leadership and learn how to bring that cross-sector framework for solutions to those who are displaced by climate change, armed conflict and things like that.”

Stinsman will graduate in May with bachelor’s degrees in global studies, and public service and public policy, and a certificate in cross-sector leadership.

This summer, as part of the Payne Fellowship experience, she will work in Congress, probably with the Foreign Affairs Committee, before beginning grad school in the fall. Next summer, she’ll be on a humanitarian mission with USAID and will receive mentorship from a US foreign service officer with her specialization. After grad school, she’ll work abroad for five years in crisis stabilization and governance, moving every 24 months.

Stinsman found out about the USAID Donald M. Payne International Development Graduate Fellowship Program while on an internship last summer with the Washington, DC, Homeland Security and Emergency Management Agency.

“I knew I wanted to be an emergency manager, but I want to do it on an international level,” she said.

Her application was due shortly after she returned to ASU last fall, so she scrambled to complete it, receiving help from the Office of National Scholarships Advice with her personal statement and resume.

Stinsman said she would not have been able to go to college without the financial support that came from her acceptance into the Public Service Academy.

“They gave me the confidence that I could be a leader, that I belong in spaces that I never even thought about before joining the academy,” she said. “Being connected to like-minded peers and being around passionate undergraduates who are transforming their fields is inspiring.

“They taught me that I’m an individual capable of creating change. And once you have that instilled in you at 18, you can take that with you your whole life and inspire others.”

This is the first time ASU has had three winners of the Thomas R. Pickering Foreign Affairs Fellowship Program – the most ever. They are: 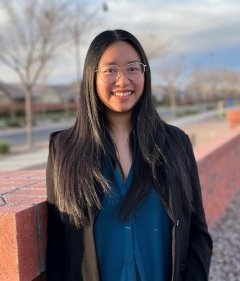 Monica Orillo: Orillo is currently fulfilling a term as a Fulbright Award winner, teaching English in Germany. She graduated from ASU in fall 2020 with degrees in political science and German, and a certificate in teaching English as a second language. After graduating, she completed an internship with Phoenix Sister Cities.

While she was an undergraduate, Orillo won a Boren Award for International Study and studied in the Philippines, where she became interested in international relations. She added Asian studies to her major when she got back to ASU and is interested in serving in the Asia Pacific region.

Orillo took a gap year after high school, living with a family in Germany, and knew she wanted to go into public service. She became a campus ambassador for the Peace Corps while at ASU, though her plans to join the corps were scuttled by the pandemic.

“Part of the ASU experience is being able to make your impact through student organizations,” she said.

She also was an undergraduate research fellow with the Center on the Future of War, where she helped a journalist in the Philippines.

“I learned about conflict and disinformation, and that’s what got me interested in the area of ​​peace and conflict studies, where I hope to focus my career,” she said. 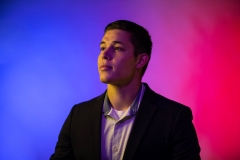 Angel Orozco: Orozco is finishing his final semester as an undergraduate at ASU, where he will earn two degrees in May — business, with a focus in global politics, and civic and economic thought and leadership. He’s waiting to hear back from several graduate schools he applied to.

Orozco, a member of the Arizona Army National Guard, said that he was relieved when he found out that he won the scholarship.

“It took a big weight off my shoulders and made me feel more confident about my ability to provide for my family and pursue a career,” said Orozco, whose wife will accompany him.

“I’m excited about the opportunity to travel the world and experience new cultures and learn new languages ​​and those sorts of things that force you to expand your horizons.”

Orozco said he received great support from the School of Civic and Economic Thought and Leadership during the long application process.

“Their faculty really prepared me, critiquing my essays and meeting with me,” he said. 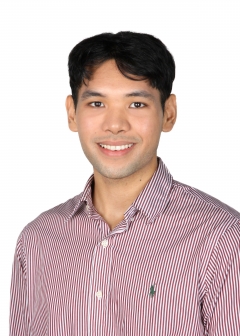 Juan San Nicolas: San Nicolas, who graduated from ASU in 2019 with a degree in political science, is currently teaching English in South Korea as a Fulbright Award winner. He’ll extend his Fulbright for another year and hopes to attend Georgetown University in fall 2023.

“I was very interested in working with the State Department, particularly in diplomacy,” he said.

San Nicolas said that several of his family members served in the US Army, and he sees diplomacy as another way of serving his country.

“At ASU, I studied abroad in Korea, and it really ushered in international affairs as something I wanted to do,” he said.

San Nicolas said he’d like to serve in the Pacific Island region, possibly in Fiji or Pilau.

“It’s a region I’m very passionate about, and I believe there are a lot of possibilities when it comes to building diplomatic ties to that region.”

Spring is the prime time for students to prepare their applications for these foreign service fellowships, which open in the spring and are due in the fall, according to Shay Masterson, program manager in the Office of National Scholarship Advice (ONSA).

“The main thing is trying to help them stay on track and working on it, because you can lose a lot of momentum,” she said.

The support from the ONSA staff is a balancing act.

“If they don’t have the time, energy or motivation to continue working on it, I don’t want to make them feel bad about that, or that I’m a nuisance trying to support them,” she said.

“Through the writing process, there’s a balance of giving feedback and guidance, but also, it’s their application; it’s their statement about their experience and needs and goals, so it needs to remain theirs and not ours.”

“We check in with them periodically. If they’ve heard that it’s a ‘no,’ we try to be supportive and say, ‘It’s OK. Most people don’t get it. It doesn’t mean you can’t pursue your goals.’”

“We don’t know what those will be, so we advise them to stay abreast of what’s going on in the world, especially if there’s a situation that’s recurring,” Masterson said.

“If they’re selected as a finalist, I recommend that they practice a couple of times writing about a current situation in the hour time frame.”

San Nicolas said he would not have gotten the Pickering Fellowship without the support of the advisement office.

“I was not one to seek out help, but I was told to use the resources available to me by my professors,” he said.

“If anyone is interested in applying, I would say don’t be afraid to share your stuff with them, because they know what they’re doing.”

The Office of National Scholarship Advice will hold a Zoom information session on scholarships and fellowships for students interested in international public service at 4:30 pm Thursday, March 31.