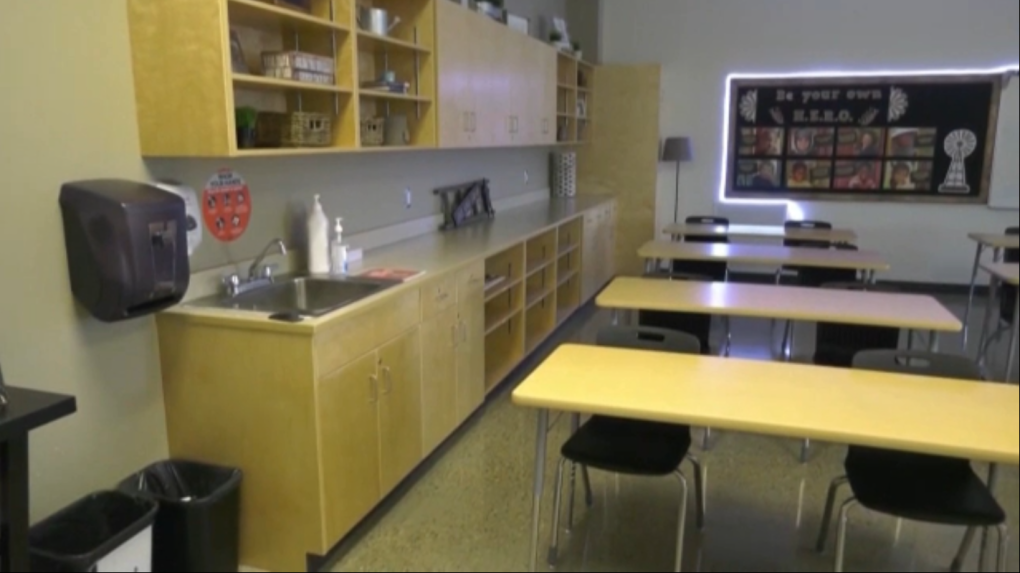 As Omicron expands into the Edmonton area, more schools are taking online classes due to increased staff absenteeism.

Joseph M. Demko, Sir George Simpson, Ronald Harvey, and Muriel Martin all had two classes online as of Monday. Bellerose, Keenooshayo, and Lorne Akins each had a class learning remotely.

St Albert Catholic Schools says the district has recorded 193 cases of COVID-19, including 180 students and 13 teachers. The cases have led to online learning of 15 classes.

The Edmonton Public Schools Board says it has hired an additional 29 temporary contract teachers earlier this month to help ease staff pressure. Till Monday, all of them had been called to fill the sick teachers.

On Monday, 581 teachers were absent in the district, out of which 112 were vacant. More than 300 educational assistants were unable to work, leaving 185 positions vacant.

Four classes were moved to temporary online instruction as a result of staffing pressures, including two classes at Scott Robertson.

The latest figures from Edmonton Public Schools showed that about 2.5 percent of enrolled students were absent due to COVID-19, and about 3.5 percent were absent for another illness.

As of Monday morning, Edmonton Catholic schools said a total of 633 staff, including 343 teachers, were absent. Of these, eighty-two teacher posts are vacant.

Due to staff pressure, two classes in the district were pushed to online instruction.

According to the district’s COVID-19 self-reporting tracking, several schools are dealing with COVID-19 exposure.

Britain outraged over plans to take asylum seekers to Rwanda