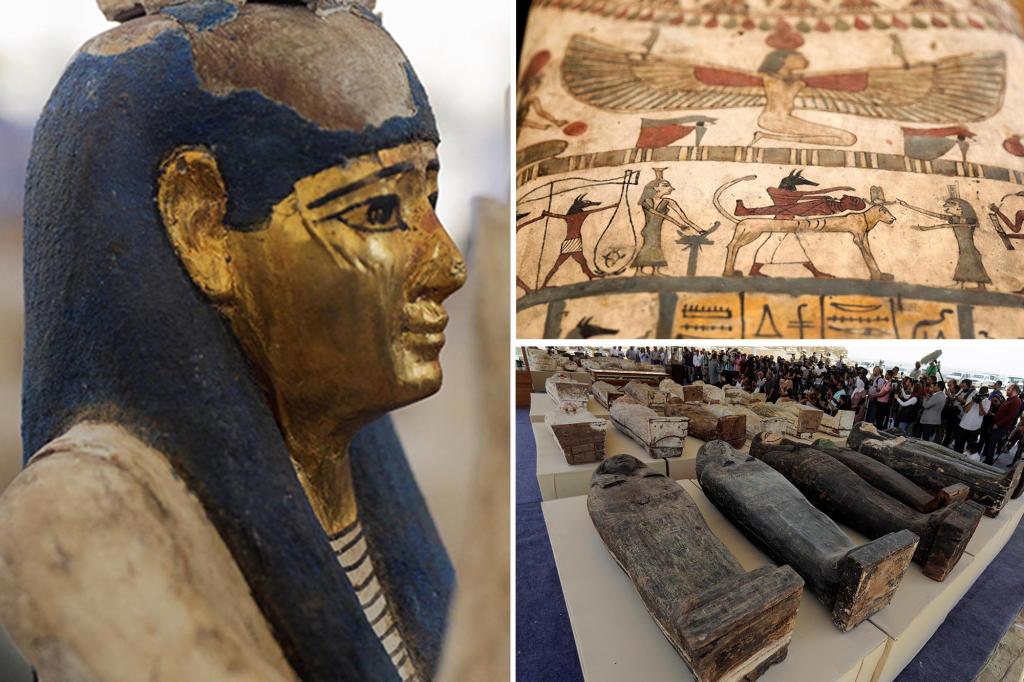 Egypt on Monday displayed a cache of ancient artifacts dating back 2,500 years that were recently discovered by the country’s antiquities officials in the famous cemetery in Saqqara.

The artifacts were on display at a temporary exhibition near the Step Pyramid of Djoser in Saqqara, 15 miles from the Egyptian capital, Cairo.

Mustafa Vaziri – head of the Supreme Council of Antiquities – said that the trove contained 250 painted sarcophagi with mummies, 150 bronze statues of ancient gods, and bronzes used in the rituals of Isis, the goddess of fertility in ancient Egyptian mythology. Utensils are included. all from around 500 BC

Read Also:  Police in riot gear stormed a rally in Jerusalem on Friday, removing hundreds of protesters by truck

The authorities also presented a headless bronze statue of Imhotep – the principal architect of Pharaoh Djoser, who ruled Ancient Egypt between 2630 BC and 2611 BC.

According to one report, Vaziri said, “I am very proud that this discovery was made by the Egyptians, and it will not be the last one found here.”

The artifacts will be moved for a permanent exhibition at the new Grand Egypt Museum – a project near the Giza Pyramids on the outskirts of Cairo that is expected to open in September.

Read Also:  Japan opens to the entry of tourists on organized trips

The Saqqara site is part of a larger necropolis in Egypt’s ancient capital, Memphis, which includes the Giza Pyramids and smaller pyramids at Abu Sar, Dahshur and Abu Ruwesh. In the 1970s, the ruins of Memphis were designated a UNESCO World Heritage Site.

The new findings come after five well-preserved ancient tombs were unearthed in Saqqara in March. Egypt’s Ministry of Tourism and Antiquities said the tombs are at least 4,000 years old.

Last year, a team of archaeologists in southern Egypt uncovered the world’s oldest large-scale brewery, which may be more than 5,000 years old.